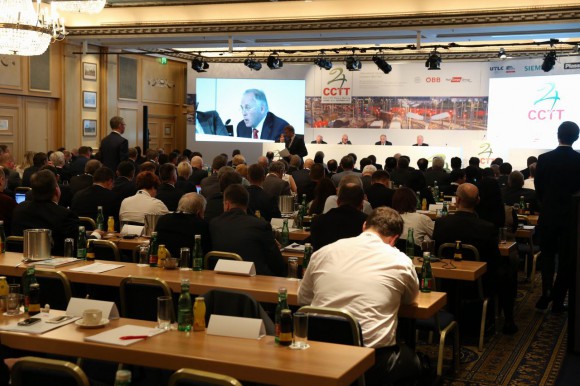 From September 14 to 15, the Coordinating Council on Trans-Siberian Transportation (CCTT) will hold its 25th Plenary Meeting in Ulaanbaatar. The CCTT discusses all issues related to transit and foreign trade cargo transportation on the Trans-Siberian railroad. Mongolia believes that the meeting will be vital in supporting the Trans-Siberian transit corridor between Mongolia, Russia, China, and help expand foreign trade activities between the three countries. Mongolian representatives underlined that by establishing the railway corridor connection between Asia and Europe, Mongolia will become a bridge connecting China to Europe. They believe that the railway corridor will also cut freight transportation time and expenses. Ulaanbaatar Railway believes that by organizing the meeting as an integral part of the Trans-Siberian transit corridor, Mongolia will increase and strengthen its position among the Trans-Siberian transit corridor participants, present the tariff discount and renovation programs of the Ulaanbaatar Railway, promote the nation’s railway sector to international transportation intermediaries to increase freight flow and transit transport, and views will be exchanged on the challenges being faced in the railway sector. Mongolia is hosting the meeting for its first time, and Ulaanbaatar Railway is working to organize the meeting under the auspices of the President of Mongolia. The two-day meeting is expected to be attended by Chairman of the CCTT and Director of Russian Railways Oleg Belozerov, authorities of China Railway Corporation, TransInvest President Werner Albert, President of the Trans-Siberian Intermodal Operators Association of Japan Kenjiro Masuda, and other railway sector representatives.
SHARE
Share on Facebook
Tweet on Twitter
Previous article Smartphone addiction harms children’s mental health
Next article The EU-funded ‘Sustainable Plastic Recycling in Mongolia’ project is helping to improve waste management in Mongolia