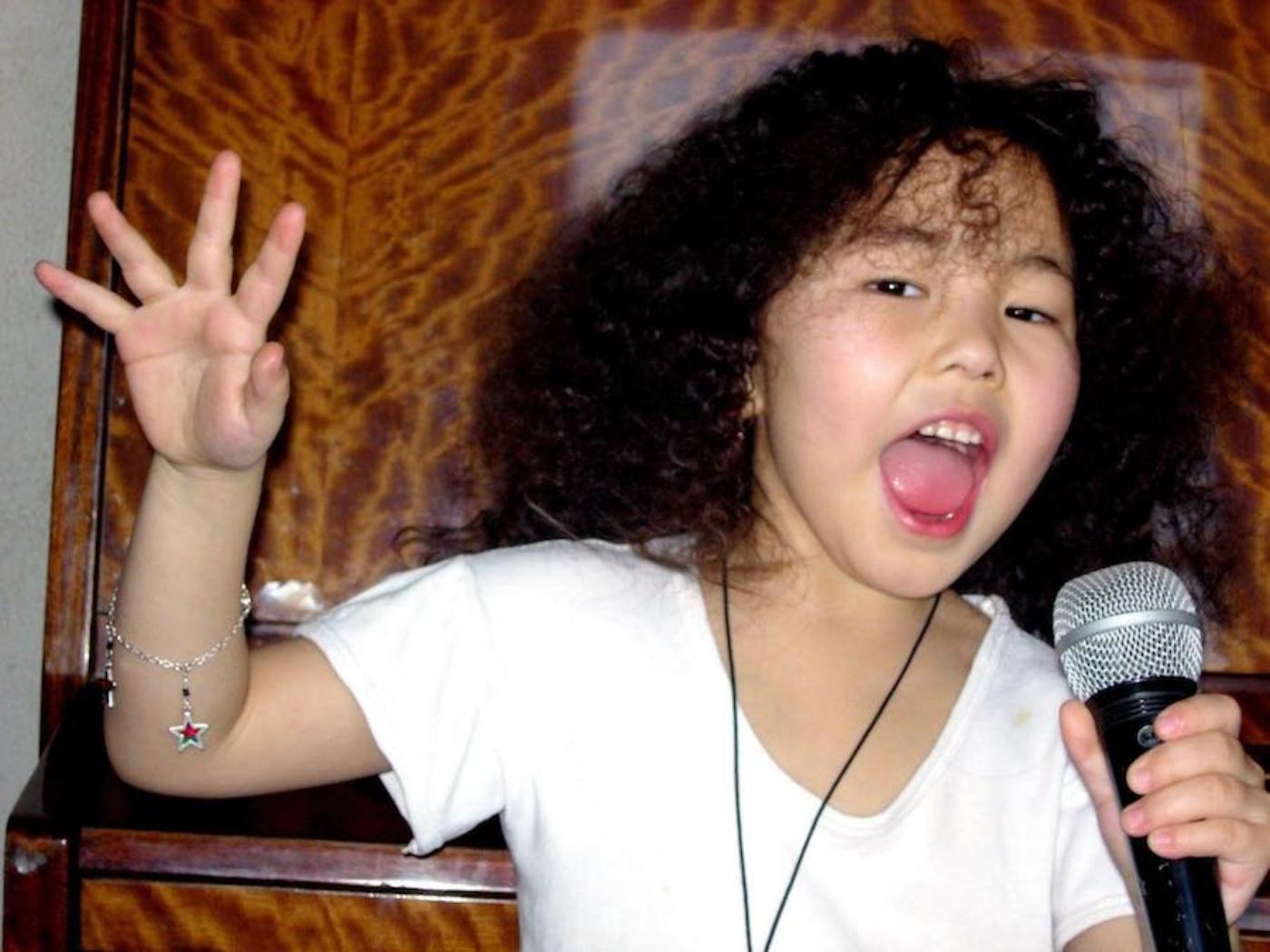 Out of more than 2,000 contestants, 17-year-old Ts.Enguun became the victor of the first season of “The Voice Mongolia” on May 27. She took home 100 million MNT in cash prize and a recording contract with Mongol Content after five months of training with coach D.Ulambayar, the leader of Kiwi group who performs under the stage name Uka.

Ts.Enguun currently studies at the Mongolian State Music and Dance Conservatory. She hopes to become a singer and violinist acknowledged around the world.

When did you start singing?

I used to hum and sing along whenever there was music as soon as I gained consciousness and became aware of my surrounding. I really enjoy singing.

Why did you decide to enter “The Voice Mongolia”?

I always thought that I would enter if “The Voice” was organized in Mongolia. I immediately decided to sign up when I heard that Mongol TV was holding the show with official rights.

Have you ever participated in any other singing contest or show?

No, I had never gone on a singing competition before “The Voice”.

Everybody enters a competition to ultimately win. How confident were you about winning?

I actually didn’t sign up for the show to win. I used to watch all the blind auditions of “The Voice” in other countries. I wanted to leave a good video by participating in the show. I never imagined that I would go so far and actually win the show. Judge D.Ulambayar has been helping me sharpen my skills, giving me so much courage and supporting me all the way.

Starting from what to wear to how I should sing during the live show, she taught me everything. She even helped me establish my image. One time, she brought a new outfit she bought for herself to the show to let me wear it. I was so grateful then. That’s when I thought that I really needed to work hard especially with all the support I was getting from so many people. The competition was fierce. The three other finalists were the best without a doubt. I never thought that I could get higher votes than them.

All four coaches turned around on your blind audition. Why did you choose judge D.Ulambayar?

I’m training to become a musician. I practice playing the violin for several hours a day. Whenever I’m practicing, I try to keep everything in control like my emotions. That is something required of all musicians. But judge D.Ulambayar is the complete opposite. She’s amazing on stage – the way she’s moving, the way she’s expressing herself and everything else. I really wanted to learn to do that and there is still so much that I can learn from her.

How did you feel the moment your name was called as the winner of the first season of “The Voice Mongolia”?

I was extremely nervous. I couldn’t believe my ears when my name was announced. For a moment, I was totally struck and in a state of shock. Even now, I’m stunned and can’t believe that I won. 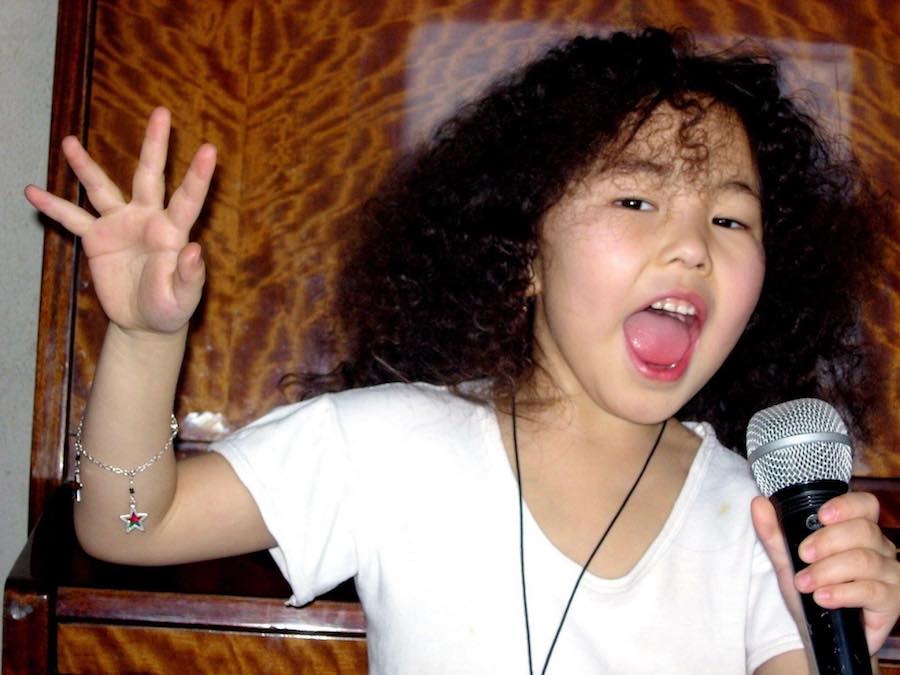 You’re an only child, right? Were your parents supportive?

It wouldn’t be a lie if I said my dad is my first mentor and vocal trainer. Ever since I was a baby, my parents were really supportive of my singing. During my time on the show, they would get nervous and anxious on my behalf and I was so happy to see that. Although I’m an only child, I’m not spoilt or anything like that.

You’re currently training to become a violinist at the Mongolian State Music and Dance Conservatory. What made you want to learn to play the violin?

My mum and dad first took me to the Mongolian State Music and Dance Conservatory when I was five years old. I knew nothing about life or music back then. It was their decision. I guess they wanted their child to become an artist. However, I myself fell in love with the violin and became genuinely interested in it in fifth grade.

Children studying music and arts spend day and night at their school because they have to practice music while studying the general education curriculum. They seem to have fewer fun memories than ordinary students. How was your childhood?

A child is a child. They’re all the same. Just because someone is a student at an arts school doesn’t mean that he/she can’t make time for themselves and have to bury themselves in their study. The most important thing is to manage one’s time well.

Have you participated in a contest or concert as a violinist?

This competition is held once every four years so when it was organized last year, I entered it and won again.

The judges praised your voice for being “melodious” like the violin that you play. What kind of benefits do musicians have when they sing?

I think that musicians have an advantage to some degree when they sing. Their hearing ability is much more developed because they are taught the science and theory of music at school. As for the actual singing part, I have no other vocal trainer than my dad.

Is singing on stage different from playing the violin on stage?

How well you perform on stage with the violin depends on how much you have practiced, but when you’re singing on stage, not only your rehearsal but also your mood and mental state at the time impact your performance. For me, I think I feel similar emotions when I’m singing on stage and playing the violin on stage.

Between artistic sense and vocal skills, which is more important for singers?

You signed a contract with Mongol Content. Have you ever considered what life would be like as an artist?

Yes, I have and I have heard a lot about what it’s like to live as an artist and celebrity from many people.

It’s amazing that you’re starting your career at the age of 17 after winning a famous TV show. How do you plan to use this to your advantage?

I haven’t had the chance to think about that. During “The Voice”, I was so busy preparing new songs each week. Rather than thinking about winning and what to do afterward, I was focused on singing my songs the best I can and delivering the best performance to the audience.

What is your vision and plan for your career as a singer?

I hope to create something that reaches a wide audience and not just people in Mongolia.

What is your biggest dream?

My dream is to become a singer who is recognized worldwide. It is a dream, but I will do the best I can to get there.

You were a T-shirt that had Pink Floyd written across it during your blind audition. Do you enjoy listening to rock music?

Yes, I love it so much. I listen to music of all genres but I enjoy rock the most.

...How well you perform on stage with the violin depends on how much you have practiced, but when you’re singing on stage, not only your rehearsal but also your mood and mental state at the time impact your performance...

Which genre will you pursue in the future?

I don’t really want to be boxed in one specific genre. I will sing whatever I want and like. Without being tied to just one genre, I wish to create music that is consistent with the current time, can be enjoyed by everyone, and that I like.

Do you plan to participate in “The Voice” in another country or any other singing competition?

I don’t have such plans right now. I really need to focus on my education and graduate. Education is a top priority that I cannot abandon so I will think about going on another singing competition after I’m well-educated.

When will you debut your very own song?