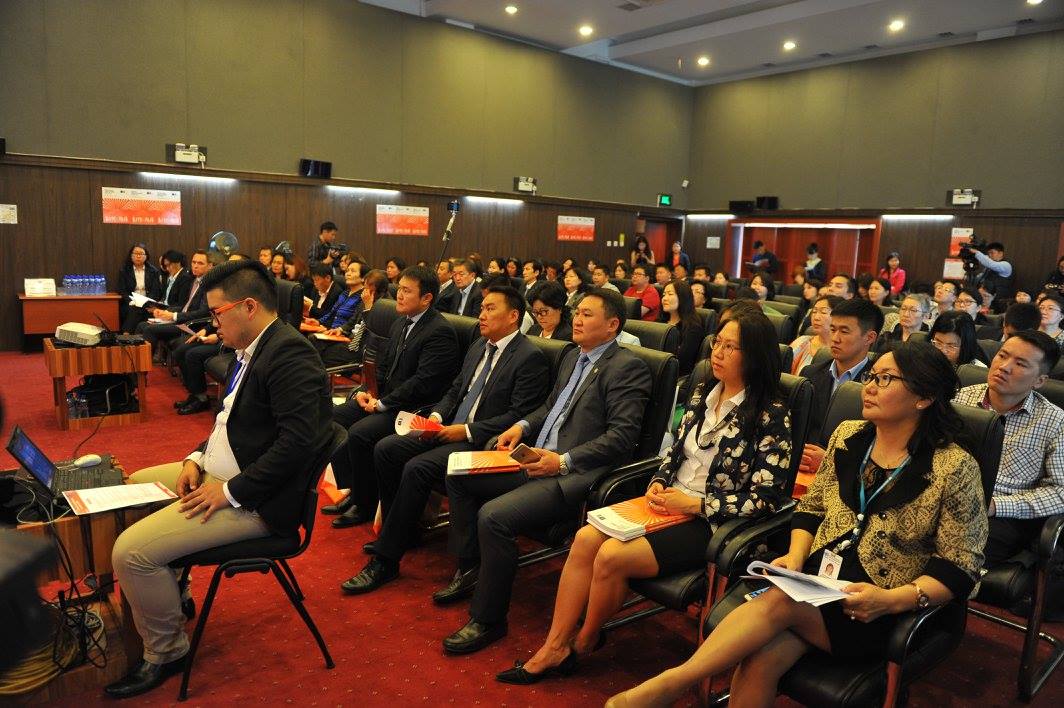 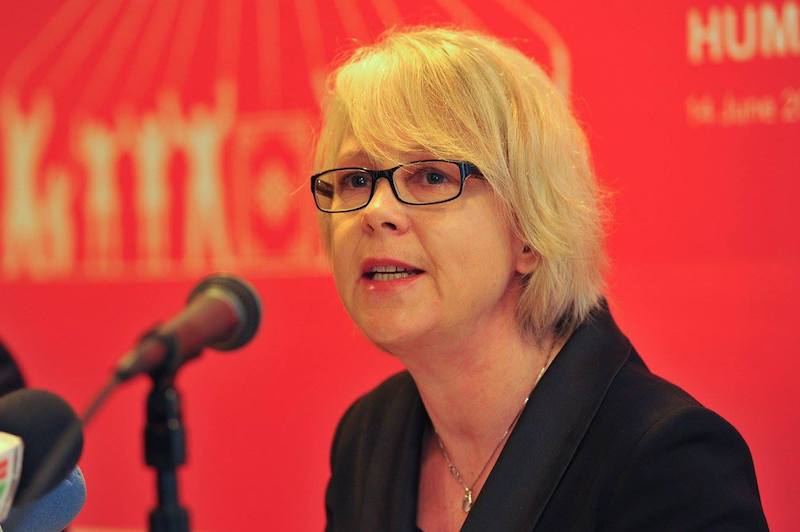 On Monday, the United Nations Development Programme (UNDP) released its sixth Mongolia National Human Development Report (NHDR) focusing on the country’s large youth population. The report, tagged “Building a Better Tomorrow: Including Youth in the Development of Mongolia,” includes research and analysis conducted between December 2013 and May 2016. Young people aged 15 to 34 years accounted for 34.9 percent of the resident population as of 2015, representing the largest demographic group in the country and a significant share of working-age people. Even by 2040, when the country’s population is expected to reach four million, nearly 30 percent of the people will still be young people. The report examines key opportunities and challenges youth face, in part to provide an empirical springboard for better government policies that will help ensure that they reach their potential.

Beate Trankman[/caption] “A key overriding message is the significant contribution young people can make to the country’s future development. However, this contribution depends largely on the capabilities and opportunities open to them today,” United Nations Resident Coordinator Beate Trankman said at Monday’s press conference. She added, “While Mongolia has made significant strides in improving the lives of its people overall” – it crossed the threshold for “high” human development on the human development index (HDI) for the first time in 2015 – “this progress has not always translated into better opportunities for young women and men.” The report highlights three crucial areas in which youth has not equally benefited from advancements. Firstly, young people suffer from relatively high unemployment. Seventeen percent of Mongolians aged 20 to 24 years are unemployed, which is well above the national average of 7.9 percent. Among young people looking for suitable jobs, 63 percent have been looking for more than a year. Forty percent have been looking for more than three years. “This suggests that young people are vulnerable to long-term unemployment,” Trankman explained. Secondly, there has been slow growth in life expectancy among young people. Life expectancy for the population in general has increased by nine years between 1990 and 2014, but young women added only two to three years to their lives since 1990. Life expectancy among young men has actually declined by one to two years across all age cohorts. Accidents and injuries account for the leading causes of death; risk factors include alcohol abuse, unbalanced diets, tobacco consumption and inactive lifestyles. Lastly, there is a reverse gender-gap in school enrollment, with more women than men enrolling in higher education, as well as other disparities in access to education. While the unusual gender gap is narrowing (the number of girls and boys enrolled in secondary education is almost equal), the gap is still evident in 16 to 19-year-old boys in rural areas. Among young people with disabilities, only 66.2 percent within the compulsory education age group are enrolled. The report also highlights the fact that youth in general is underrepresented in politics, and research has revealed growing apathy towards participation in elections. To combat these issues, the report urges closer cooperation between the education sector and private companies to better gauge employer needs and labor market requirements; facilitation of healthier lifestyles through a mix of public policy, education and prevention methods; rethinking the support required for low incomes families and students with disabilities; and engaging young people in public and political life by encouraging participation and volunteerism in civil society groups, and by utilizing social media. “We hope that this report will continue to contribute to a wider debate and shape the government’s youth policy,” Trankman said. The report was released later than expected, and several attendees of the conference voiced concerns that its findings would not be reflected in the soon-to-be determined Parliament’s youth policies. Ch.Otgonbayar, Head of Macroeconomic Policy Division of the Ministry of Finance, said during a Reflections Panel that the government has already developed a basic framework for its youth policy, and that it is not too late to implement recommendations from the report. Kh.Batsaikhan, Vice President of the Mongolian Youth Federation and another panelist, noted that the government has previously introduced youth policies that floundered due to lack of funding. “The government should be listening to the youth and not lying to the youth,” he said. Mongolia launched its first NHDR in 1997, and has since seen five additional reports, including the most recent one. The sixth NHDR was jointly developed by national and international experts, with the support of the UNDP in Mongolia, and benefited from youth and stakeholder consultations and technical input throughout its preparation. It is one of many reports compiled by the UNDP globally. To view the full Mongolia NDHR report, visit mn.undp.org
SHARE
Share on Facebook
Tweet on Twitter
Previous article ‘Micronutrient deficiencies are common among all population groups’
Next article Full disclosure needed for 20 billion MNT electoral incentive shared among few parties