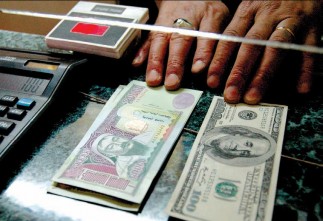 The USD exchange rate, which has been steadily increasing since the beginning of the new year, reaching 2,055 MNT, decreased to 2,025 MNT on April 12. As of April 12, the exchange rate was set at 2,024 MNT against USD at Naiman Sharga currency exchange market. Commercial banks and currency exchange centers in Mongolia sold USD for 2,025 to 2,030 MNT. Economists explain that the successful release of 500 million USD in government bonds on the international market has positively influenced the USD exchange rate in the domestic market. Officials reported that foreign investors had great interest in purchasing the newly released government bond, as requests to purchase 750 million USD in bonds were submitted to the government. Investors from over 110 countries submitted requests to purchase the government bond, 45 percent of which were investors from the U.S., 35 percent from European countries, and 20 percent of the buyers were from Asian countries. The Finance Ministry reported that the majority of investors (around 91 percent) were large investment funds. Government officials say the money raised from the bond will be spent on infrastructure and addressing the nation’s budget deficit. COMPARISON OF EXCHANGE RATES (USD vs MNT)
SHARE
Share on Facebook
Tweet on Twitter
Previous article Advisory Board of German-Mongolian Business Association
Next article Foreign reserves and gold purchase shatter records in 2020