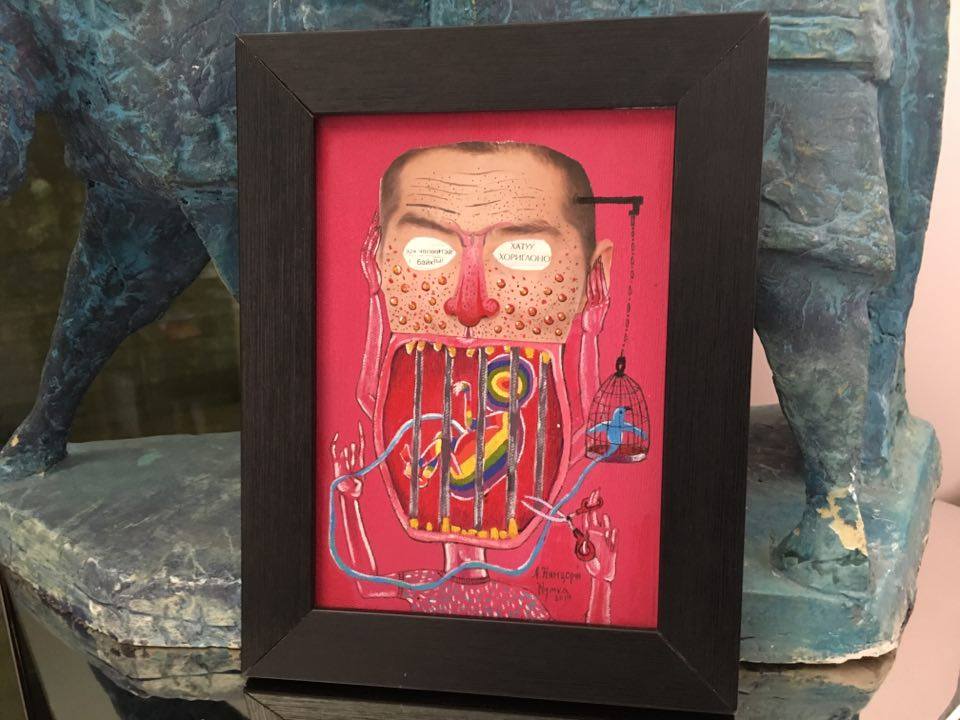 By LILA SEIDMAN On Friday night, Valiant Art & Interiors held an art auction and exhibit at the Buddha Vista complex benefiting the human rights campaign connected with the lesbian, gay, bisexual and transgender (LGBT) movement in Mongolia. According to the LGBT Centre’s Executive Director Anaraa Nyamdorj, it was the first auction of artwork centered on sexual orientation and gender identity issues in Mongolia. “You have been a part of history today,” Anaraa told attendees. “Let’s see where we are in ten years.” Valiant Art Gallery founder Elisabeth Koppa agreed that the event was “totally irregular.” The gallery typically organizes exhibitions for profit. The proceeds of Friday’s auction all went to the LGBT Centre to support its activities in Mongolia. Thirty percent of the proceeds went directly back to the artists. Koppa says she organized the event as a gesture of goodwill towards her friends that identify as homosexual. “I did this to help Mongolian people understand that this is not a choice, to be homosexual,” Koppa said. “It’s not their choice, and it’s not a sin.” “Sexual orientation should not be punished,” she added. Several dozen works by young and state-honored Mongolian artists created between 2008 and 2015 – ranging from paintings to photographs to mixed media – were auctioned to a mixture of Mongolians involved in the local LGBT community and expats. Prices for the art ranged from 100,000 MNT to more than 1,000,000 MNT. By the end of the night, every piece was sold – in no small part to the spirited auctioneers Koppa and Grace Brown. If attendees lacked interest in a particular piece, Koppa eagerly walked it around the room extolling its virtues and reminding everyone that proceeds benefited a good cause. In contrast to the cheery, wine-laden atmosphere of the auction, the art exhibited darker themes. Two paintings were titled, “Dysphoria”; one, “Isolation; and another, “Another Brick in the Wall.” A 2014 watercolor by Tugsuu N., titled “No Choice,” shows a figure’s blacked out silhouette supine amidst a sea of dark blue, red, white, green and black blunt brush strokes. The silhouette bears a resigned expression. “[It’s] a little dark, but I like the flow in it,” said Mark Sikorski, who purchased the painting. A mixed media piece by Z. Bayarmaa, “I Am Sorry for Every Moment I Was Untrue to Myself",” depicts a young man with a wire noose superimposed over his neck. In a near-mirror image, in black and white, the same man is shown holding hands with a young woman. While this was a one-time event, Koppa said it is “not the last one.”
SHARE
Share on Facebook
Tweet on Twitter
Previous article Why Art Matters During COVID-19
Next article Meet B.Sodnomdarjaa - artist blending contemporary art with a touch of Mongolian culture 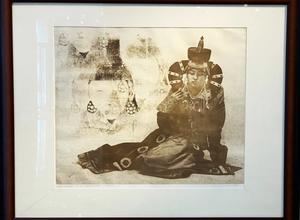 Why Art Matters During COVID-19 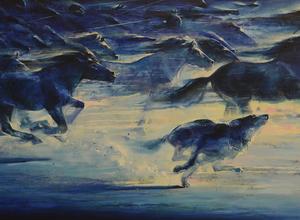