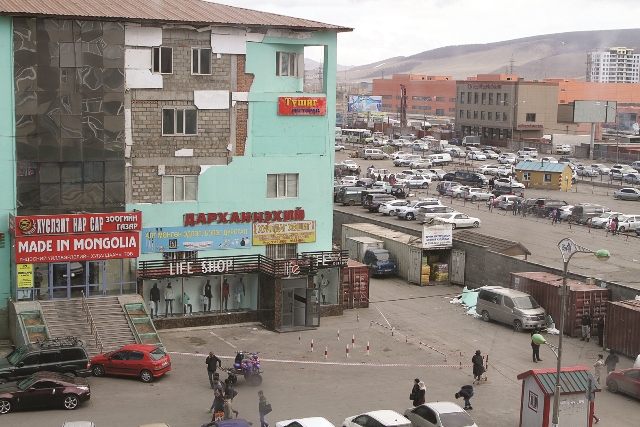 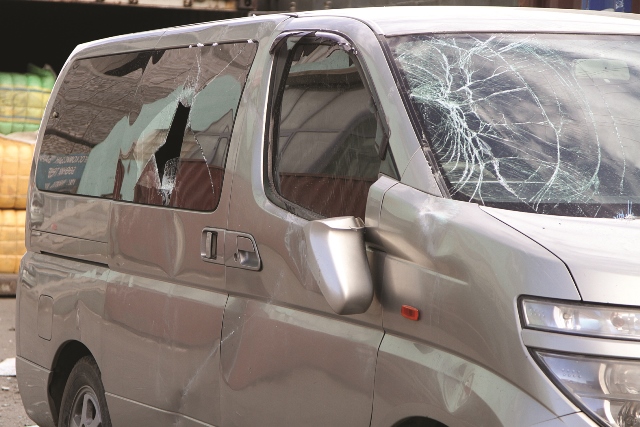 The damaged Nissan El Grand[/caption] Wall panel fell of the Night Market’s facade and landed on a Nissan El Grand parked below during a light snow storm on April 6, causing damage to its front and rear windshields and mirrors. D.Khosbayar, sales manager of Nar-Mon LLC which built the Night Market, said that the wall panels fell off due to a snow storm in the afternoon. “New traders place their advertisement and addresses on the market’s facade. This leads the facade’s mud and construction foam to detach from the building. Some of the traders use drills from inside, which also contributes to the detachment. The detached parts seemed to have fallen off during strong wind. We always run ordinary repairs. We were preparing to do another reparation at the end of April. “The wall panels fell on the car of a man who was conducting trade without permit on the market’s property. The man does not rent at the market. They called police officers themselves. Security guards are working on the site. Out of the 700 people our company provide jobs to, 300 of them are renters,” said D.Khosbayar. The owner of the car was identified to be A.Suvd, who allegedly ignored multiple demands by the Ulaanbaatar Emergency Management Agency and Ulaanbaatar Agency for Specialized Inspection to cease unpermitted trade in the public space outside the Night Market.
SHARE
Share on Facebook
Tweet on Twitter
Previous article Democracy vs. Demoncracy in Mongolia
Next article Misfortunes of the mayor