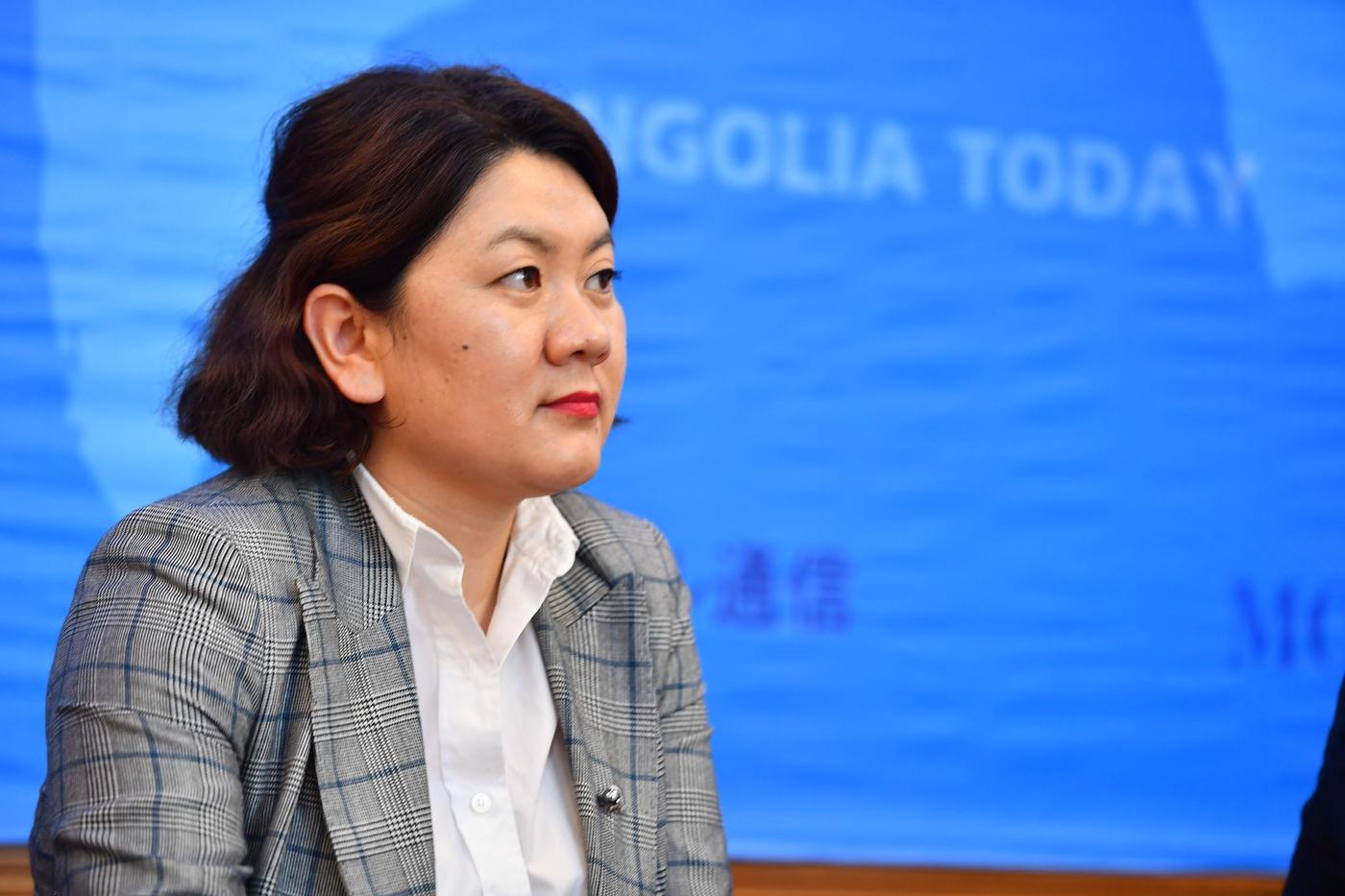 We must exercise prudence in Oyu Tolgoi negotiation, says B.Solongoo

Deputy Chief of the Cabinet Secretariat B.Solongoo delved into the recently-disclosed independent review on the Oyu Tolgoi project’s cost overruns and schedule delays in the following interview.

The independent review has cast doubts on Rio Tinto’s explanation for the cost blowout and schedule extensions of the Oyu Tolgoi underground expansion. In your opinion, have the independent experts made a realistic conclusion?

Oyu Tolgoi LLC is currently excavating ores from the massive mine. Its production of copper concentrate exceeds that of Erdenet Mining Corporation, but it’s not enough to rank it among the largest mines in the world. Starting production at the underground mine will greatly benefit the Mongolian economy. The fiscal revenue is expected to skyrocket.

When the Oyu Tolgoi Underground Mine Development and Financing Plan (Dubai agreement) was signed in 2015, the underground development was planned to finish in January 2021. If it had gone according to plan, we would’ve already started production at the underground mine. Back then, the total cost was estimated at 5.3 billion USD, but Rio Tinto told the Mongolian government and investors in July 2019 that the total cost would rise by up to 1.9 billion USD in addition to an up to 30 months delay in the initial underground production. This negatively affected Oyu Tolgoi LLC’s financial situation. It caused financial strains such as the need to raise additional funding and getting loan deferrals.

On the other hand, Mongolia would get its benefit much later. Rio Tinto notified that Mongolia wouldn’t get dividends through 2051 based on estimations. Moreover, tax revenue is also being postponed. Rio Tinto’s announcement caused Turquoise Hill Resource’s share price to sink, which the investors weren’t too happy about.

In November 2019, Parliament approved Resolution No. 92 on ensuring interests of Mongolia in the exploitation of the Oyu Tolgoi project. Accordingly, a (government) taskforce was set up. The taskforce’s biggest responsibility is to reconstruct the Oyu Tolgoi investment agreement and Dubai agreement so that it is in line with existing Mongolian legislation.

Since July 2019, Rio Tinto explained that the cost overruns and schedule delays were due to unpredictable geotechnical or rock conditions. They said that it was caused by circumstances beyond their control. However, reports in some foreign media and statements made by a whistleblower from Rio Tinto suggested that the cost blowout and delays may not have been caused by just geotechnical conditions.

The Mongolian government funds its 34 interest in Oyu Tolgoi via loans. Rio Tinto receives management fees as a percentage of the investment cost. This raised suspicions that the company may be artificially inflating investment costs for its own advantage. In 2013, during N.Altankhuyag’s government, the issue of overspending was raised and a dispute arose with Rio Tinto.

The Mongolian side had already accepted the issue of overspending when it concluded the Dubai agreement. Incumbent Prime Minister L.Oyun-Erdene first chaired the taskforce responsible for implementing Resolution No. 92. At the time, he said that doubts needed to be cleared and advised to get independent experts’ opinions to resolve the issue. The government didn’t make this initiative alone. Oyu Tolgoi’s board of directors must oversee its executive management. Subsequently, the government taskforce formally proposed that the audit be initiated by the board, which is responsible for overseeing the executive management. Turquoise Hill supported this proposal and the sides decided on November 30, 2020 to get independent experts to investigate the cost overruns and delays. Hence, a special committee was formed with two representatives from the Mongolian government and another two from Turquoise Hill.

Who was selected in the end?

A team of independent consultants called “Independent Consultants Group” was hired. Eight of their independent experts conducted the investigation. They all had international experience in the field of underground mining as well as professional skills to review the project’s cost blowout and schedule extensions. I heard that the special committee interviewed each expert before hiring. The government wasn’t involved (in the selection) at all. It received profiles of the independent experts along with the results of the investigation. After reviewing it, we learned that they were well-known experts from Australia, USA, and Canada specializing in geotechnical engineering, project procurement and geology. Some had 30 to 40 years of experience in mining.

Rio Tinto will likely express its position on the conclusion since independent experts have denied its explanation that the cost blowout and delays were due to geotechnical conditions. Minister of Justice and Internal Affairs Kh.Nyambaatar, who is leading the taskforce responsible for ensuring Mongolia’s interests in the project, met with Rio Tinto’s country director to Mongolia and demanded an official explanation. The company said it would do so after reviewing the results of the independent investigation.

We believe Turquoise Hill and its investors will thoroughly review the results as well since it could greatly affect their share price. We’re now waiting for Rio Tinto’s explanation and statement related to the investigation.

If costs didn’t increase due to geotechnical conditions like Rio Tinto claimed, what was the real cause? The whistleblower claimed that mismanagement in procurement led to cost blowout. I believe a procurement expert was assigned to the independent experts’ team.

The 157-page report clarifies the cause of the delay in detail. However, to determine the cause of the cost overrun, the independent experts advised getting an independent audit done. From what we see, the delay is likely caused by mismanagement of the project. Delays in getting works done seems to have caused the schedule extension, increasing overall costs. A procurement error was also detected. Foreign media reported that Rio Tinto and its subcontractors failed to coordinate well with each other.

It is necessary to thoroughly investigate the cause of the cost blowout if it wasn’t due to rock conditions. Oyu Tolgoi’s board will likely consider the independent experts’ recommendation on getting a financial audit.

Rio Tinto is paid over 200 million USD each year for managing this project. We trusted them to do a good job since they have leading global experience and expertise. However, the fact that the conclusion differed from their explanation is raising concerns.

The independent review is likely to turn the tables in terms of the ongoing negotiations between Mongolia and Rio Tinto. The review was conducted to clear out doubts between the sides. How does the taskforce plan to continue its negotiations in the future?

It’s too early to say. We haven’t heard Rio Tinto’s official statement. Turquoise Hill hasn’t expressed its position either. We’ll continue our negotiation after hearing Rio Tinto’s response. The current situation certainly begs the question: What will happen now? In general, we must advance the Oyu Tolgoi project. The underground expansion must be completed in order to start extraction from the mine’s most valuable section. This is expected to increase fiscal revenue and yield from natural resources.

The independent investigation has cleared up some issues. It’s good that we’re getting to the bottom of the uncertainties. The reality is that Rio Tinto owns the majority stake in Turquoise Hill, which owns 66 percent of Oyu Tolgoi. Therefore, we need to reach an agreement with the investors and begin the production of the underground mine. This is necessary for the Mongolian economy. Project investors also need this. Excessive encroachment on the interests of investors is not the right approach. It is better to reach a compromise as much as possible.

What do you think will happen if Rio Tinto doesn’t accept the independent review?

If Rio Tinto opposes it, we will cooperate with independent experts. A joint team of experts could be hired. Of course, Rio Tinto will need to justify its position. We hope that the technical teams can reach an understanding. It might take some time but we’re not rushing anything. On the other hand, the sides shouldn’t fight against each other. We need to focus on cooperating with mutual benefits.

Besides the issues of cost overruns and delays, there are tax disputes. It is in Oyu Tolgoi LLC’s best interest to continue the project without dispute once the parties have reached an agreement and the underground mine has been commissioned. We are working to increase the benefits of the project to Mongolia

The Oyu Tolgoi project is always at the center of attention. There’s a possibility that the independent review could be politicized. In that case, it could affect the government’s strategy for the negotiation. Can you comment on this?

Prime Minister L.Oyun-Erdene is seeking to ensure multilateral participation and work with a unified national stance to resolve this issue. The government taskforce includes representatives of all political forces represented in Parliament. This is important for ensuring a unified stance in the talks. It can be understood that we have provided multi-stakeholder participation to consolidate our position.

The government is enforcing Parliamentary Resolution No. 92. A temporary committee was appointed to supervise its implementation. Since Parliament is monitoring our work, I believe that local politicians will have a single position on the matter. If Parliament raises a proposal, we can take it into consideration and include it in the negotiation.

Mongolia needs to attract foreign investment. It’s necessary to utilize investors’ money, expertise and technology to grow the economy in an inclusive manner. They have a biased view of Mongolia when it comes to attracting investors. One of the reasons for this is the misunderstanding and controversy surrounding the Oyu Tolgoi project. This negatively affects Mongolia’s international image. Therefore, we hope that the investment environment can improve once this dispute is over. It is not in our best interest to stop the project or make an emotional decision. Mongolians need to work together to improve their own interests without compromising the interests of investors. We’re hoping that the talks will be completed before the Oyu Tolgoi underground mine is put into operation. 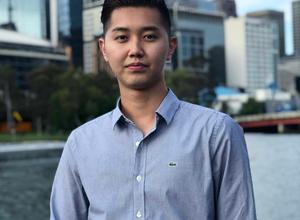 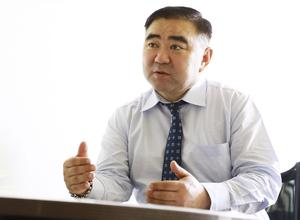