During the briefing on March 28, Head of the National Center for Infectious Disease (NCID) D.Nyamkhuu reported that another person who was quarantined after arriving in Mongolia on an evacuation flight from Istanbul, Turkey last week tested positive for the coronavirus in a second test, bringing the total number of COVID-19 cases in Mongolia to 12.

Before the evacuations, there were no registered cases of COVID-19 except the French national who tested positive on March 10 shortly after arriving from France, marking the first case in the country. All patients are quarantined at the NCID. Medical professionals are currently monitoring all evacuees and those who came in contact with them.

The government of Mongolia has recently evacuated over 1,000 citizens and tested all of them for the coronavirus. As of today, 220 suspected COVID-19 cases are in quarantine at the NCID and 2,390 people are in quarantine nationwide.

The Ministry of Health reported on March 29 that the novel coronavirus infections have been reported in 201 countries around the world, with one new infection every 14 minutes and one death registered every 20 minutes in the United States. The World Health Organization (WHO) warns that children and young people are at high risk of infection.

Head of Medical Aid Department of the Health Ministry Ya.Buyanjargal said, “Currently, 2,843 people have been quarantined at isolation facilities. If it is necessary, psychologists of the National Center for Mental Health give advice to some isolated people. We would like to emphasize that we are following the guidelines issued by WHO. Because it is a dangerous infectious disease, it needs to be treated in isolation early. But lately, some supposed researchers have said that they have the ability to quickly treat infections, spreading lies through social media. I want to highlight that we treat our patients based on the evidence used around the world.”

Head of the NCID D.Nyamkhuu said, “Five suspected cases that were isolated in Selenge Province, five at the NCID, two in Uvs Province, 19 in Darkhan-Uul Province, and four in Selenge Province tested negative for the coronavirus. As of March 18, there were no suspected cases registered in the city and provinces. Also we have some good news. The Health Center in Darkhan-Uul Province were trained to take the coronavirus test. People who came through the Russian border and nearby residents can now be tested there. In addition, preparations are being made for screening tests in Dornod and Khovd provinces. We are creating laboratories there with the same capacity as the central laboratory. The infected people are in good health.”

WHO specialist O.Ariuntuya said, “Outbreaks appear to be exacerbated in 201 countries, including Italy, Spain and the United States. In Mongolia, 12 cases were registered. According to WHO, a total of 575,444 new coronavirus infections and 26,654 deaths have been reported. WHO has warned that a second wave of the coronavirus infection have begun in China and South Korea. Infections have risen sharply in Vietnam and Singapore. China is taking steps to prevent imported cases. WHO recommendations and guidelines are an important guide in the fight against the coronavirus. The WHO regional director for the Western Pacific will hold an online conference tomorrow. It is important for those who have been in home care to be in good mental health. It is up to you to control your mental health and stay healthy.”

Head of Foreign Relations and Cooperation Division of the Health Ministry B.Yanjmaa said, “Due to the lack of personal protective equipment in European countries, medical staff are more likely to become infected. In the United States, more than 100,000 people became infected and 1,600 people have died. Most of the new cases registered in China are imported. Therefore, China has barred entry of foreigners starting Saturday.”

The State Emergency Commission decided on March 22 to ban all public activities which includes operation of schools and kindergartens, resorts, training centers, fitness centers, bars and others until April 30.

751 Mongolians to be evacuated

The State Emergency Commission decided to evacuate 751 Mongolian nationals from Japan, Germany and South Korea between April 2 and 3.

All of the evacuees will be quarantined for 14 days in Ulaanbaatar, with the cost of air travel and costs during quarantine to be paid by evacuees. The government will cover the costs of medical tests for COVID-19. The cost of isolation and meals is 50,000 MNT per day, or 1.05 million MNT. Children aged zero to five will not be charged and children aged 6 to 18 will pay 30,000 MNT per day, or 630,000 MNT in total.

“After people make payment for the quarantine, the flight will be confirmed. Military and hospital facilities will be used for the quarantine. People have to transfer their payment to the bank account of the National Emergency Management Division to confirm their flight. Before the arrival of the citizens, the family have to prepare bed sheets,” a commission spokesperson said.

“Some 4,805 Mongolian nationals requested to return to home through embassies. The number is expected to rise in the future. We are working to minimize risks of imported cases while carrying out the evacuation. We plan to conduct two flights to Seoul as 50 percent of the citizens, or around 2,000 citizens, who intend to return are in South Korea,” he added.

Head of the Consular Department of the Ministry of Foreign Affairs L.Munkhtushig said, “ 800 people have made written requests, and most will be on the first flight. 250 passengers will be aboard the second evacuation plane. We are strictly requiring citizens to get tested in the country. Our embassies are working to organize tests."

Numerous voluntary donation campaigns by citizens, celebrities, and companies have sprouted in response to the coronavirus outbreak.

The Mongolian Horse Sports Association organized the “Morin Khiimori” donation campaign and collected 120 million MNT. They handed over the donation to the Health Minister D.Sarangerel on March 27. They noted that they will donate 1,000 sheep to China in connection with President Kh.Battulga’s promise.

Coronavirus vaccine: when will it be ready?

Even at their most effective, containment strategies have only slowed the spread of COVID-19. With WHO finally declaring a pandemic, all eyes have turned to the prospect of a vaccine, because only a vaccine can prevent people from getting sick.

About 35 companies and academic institutions are racing to create such a vaccine, at least four of which already have candidates they have been testing in animals. The first of these – produced by Boston-based biotech firm Moderna will enter human trials imminently.

This unprecedented speed is thanks in large part to early Chinese efforts to sequence the genetic material of Sars-CoV-2, the virus that causes COVID-19. China shared that sequence in early January, allowing research groups around the world to grow the live virus and study how it invades human cells. But there is another reason for the head start. Though nobody could have predicted that the next infectious disease to threaten the globe would be caused by a coronavirus – flu is generally considered to pose the greatest pandemic risk – vaccinologists had hedged their bets by working on “prototype” pathogens. 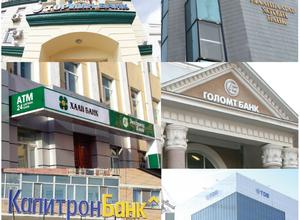