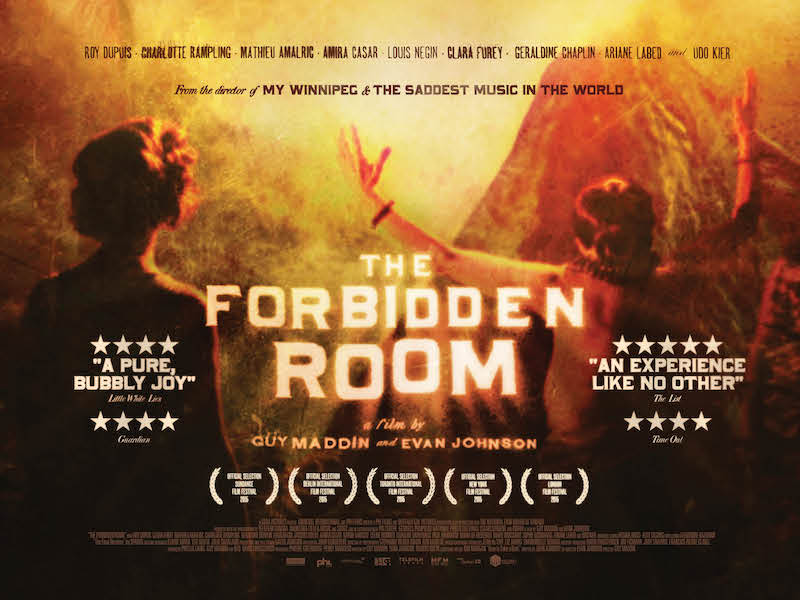 By LILA SEIDMAN Mongolia is not a hotbed for experimental or avant-garde film. Ikhbayar Urchuud, festival director of Mongolia’s only “underground” film festival, wants to change that. He co-launched the Altan Khalis Association seven years ago and the Golden Reel International Film Festival four years ago in response to what he saw as an unfortunate dearth of experimental work among the Mongolian film community. “We really want…the young generation of filmmakers to make experiments in their film language,” said Ikhbayar, who counts Michael Haneke and Stan Brakhage as filmic influences.  “We are trying to educate them to not stick to the rules.” The most recent edition of the Golden Reel International Underground Film Festival ran from May 21 to 22 at Tengis Cinema. Normal certainly wasn’t the norm. The festival kicked off Saturday afternoon with a screening of Guy Maddin and Evan Johnson’s “The Forbidden Room” (2015), a surrealist tangle of decadent vignettes based on the synopses of lost silent films. While “The Forbidden Room” was a more high-profile (bigger budget and bigger names) production than the other works screened, its defiantly non-linear plot, multi-national cast, ample nudity and macabre humor set the tone for the rest of the program. The competition films fell into four categories – narrative, non-narrative, documentary and animation. All were less than 30 minutes. The winning films in each category revealed the sheer diversity of the submissions. Best Documentary winner “A New Family” (Italy, Cambodia) centers on the intertwined lives of Chantrea, a prostitute turned litter collector, and Shrey, a current prostitute. Both abandoned and struggling to support children as single mothers, Chantrea adopts Shrey as her “daughter”; they live together, support one another and function as an ad-hoc family. “Died 100 Times” by Ruah Edelstein (Lithuania), which picked up the prize for Best Animation, is nearly 13 minutes of luscious, surreal animation: A giraffe trudges through the snow, dark figures greet each other on winding paths, a man ruminates in the shadows. According to the filmmaker, it’s a meditation on “how we die many times during our life and through that we become more alive.” Non-narrative “Fields in Mist” by John Woodman (U.K.) received the night’s highest honor, the 2016 Golden Reel Award. An investigation of “light, duration, revelation, visual appearance and disappearance,” an image of a tree-flecked field is ever-so-slowly revealed before getting re-obscured by heavy mist. Gantumur Enkhtumur’s “Madonna” (Mongolia), which received a Special Mention in the animation category, depicted a brightly colored, Andy Warholian image of a woman masturbating. Backgrounded by an off-kilter operatic musical number, the image is rearranged over and over again in kaleidoscopic patterns. A baby’s face periodically appears in a bubble over the woman’s genitals and floats upwards “I really love this film,” said Golden Reel special guest and “father of Chinese independent cinema” Zhang Xianmin before personally handing out the award to Gantumur. Other winners of the night included Juliane Jashnow and Stephanie Schroeder’s   “Dunkeldeutschland” (Germany) for Best Non-Narrative and Saruulbileg Ganbaatar’s “Anxiety” (Mongolia) for Best Non-Narrative Special Mention. For reasons that were not clearly articulated, the judges decided not to honor any of the narrative films. Ikhbayar Urchuud acknowledges that there is still no “mass interest” in avant-garde film in Mongolia, though it has grown. This year the festival received a total of 483 films, including 30 from Mongolia. Last year, there were around 230 total entries. The theater where the films were screened remained relatively full for the duration of the festival. But he maintains,“Everybody is still seeing the commercial and the Hollywood films. Most of the filmmakers and film students [here] are not interested at all in experimental filmmaking.” However, Ikhbayar and the Altan Khalis Association’s efforts haven’t been for naught. He says that through the festival they’ve discovered around three or four top-notch experimental Mongolian filmmakers. In the interest of greater inclusiveness, the festival is abandoning the qualifier “underground”. Next year it will be called the Golden Reel Independent Film Festival and allow more traditional independent film entries. “We are more open and we [won’t] make the avant-garde experimental film our highest ideal,” Ikhbayar says. Instead, experimental and avant-garde film will be a competition category. He would also like to eventually host video installations at the event. He hopes that the Golden Reel Independent film festival will ultimately become one of the “highlights of Ulaanbaatar and Mongolia’s film scene,” but it all “depends on the Mongolian artists.”  Altan Khalis Association will begin holding its weekly Dreamer’s Day – a matinee film screening every Saturday – beginning this September. Visit ArtFilm.mn for more information and details.
SHARE
Share on Facebook
Tweet on Twitter
Previous article Academic excellence does not guarantee success as minister
Next article The Notes of Richter - Translating music into photography 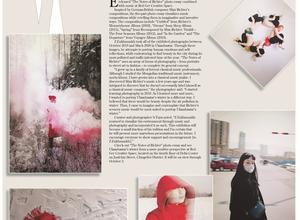 The Notes of Richter - Translating music into photography