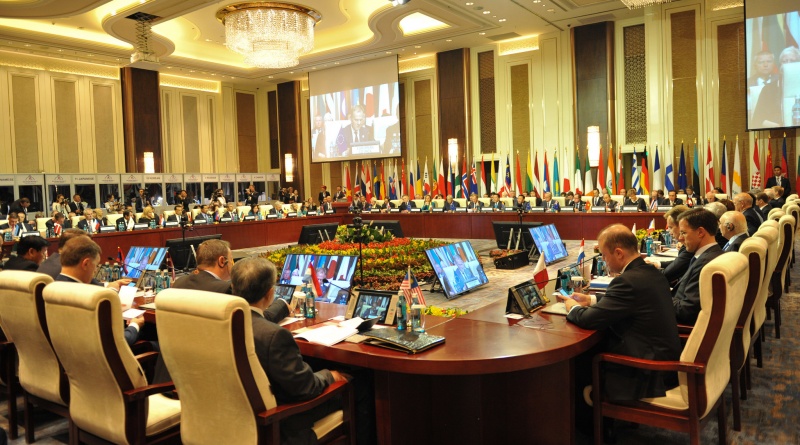 Asia-Europe Meeting Summit 2016 officially commenced today at 7:00  a.m. at Shangri-La Hotel with the presence of the presidents of 12 countries, prime ministers of 25 countries, and over 4,000 official delegates and authorities. President of Mongolia Ts.Elbegdorj greeted all the delegates, opening the event. The ASEM Summit is a biennial meeting between the heads of state and government, the President of the European Council, the President of the European Commission, and the Secretary-General of the Association of Southeast Asian Nations (ASEAN). The initial ASEM partnership in 1996 consisted of 15 EU member states and seven ASEAN member states, plus China, Japan, the Republic of Korea and the European Commission. During ASEM, the parties conduct talks, negotiations, and debates on a broad spectrum of issues based on principles of mutual respect and benefit. ASEM has become an open platform for an exchange of opinions and expressing of views on interested issues by decision and policy-makers, researchers and academia, civil society personalities, and business people. It also pursues the objective of bringing together the two regions by way of discussing pressing political, economic, social and cultural issues of common concern. Mongolia joined ASEM in 2008.
SHARE
Share on Facebook
Tweet on Twitter
Previous article Smartphone addiction harms children’s mental health
Next article The EU-funded ‘Sustainable Plastic Recycling in Mongolia’ project is helping to improve waste management in Mongolia