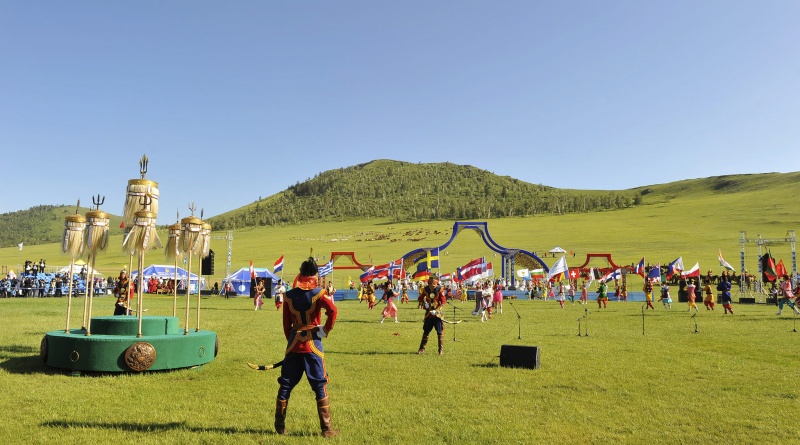 Asian and European leaders celebrated the 20th anniversary of Asia-Europe Meeting (ASEM) at the 11th ASEM Summit in Mongolia on July 15. After plenary discussions of the past two decades and future visions, the delegates partook in "Nomadic Naadam", a showcase of Mongolia's traditional Naadam holiday, and a gala dinner. Nomadic Naadam started with a ceremony of cavalry guards and continued with a showcase of traditional culture and performing arts, ending with a rendition of the three essential games of the holiday: wrestling, horse racing, and archery. “Naadam is the highest expression of honor and respect for the people of Mongolia. We are proud of our history, culture, and traditions that we have retained and cherished for many centuries. One could even say Naadam is behind the success, victory, and prosperity of Mongolians. We present to you the apex of Mongolian culture and pride,” President Ts.Elbegdorj said commencing the celebration.
SHARE
Share on Facebook
Tweet on Twitter
Previous article Education Standing Committee reports on performance
Next article Construction rule revised