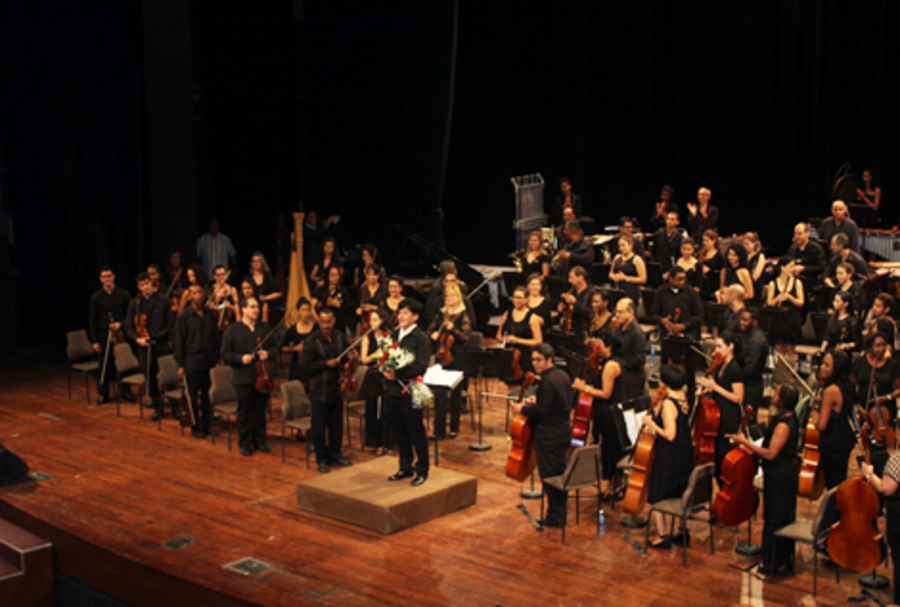 Mongolian conductor B.Lkhagvasuren conducted the National Symphony Orchestra of Cuba at the National Theater of Havana on February 25.

The concert was initiated and organized by the Embassy of Mongolia in Havana, Cuba.

At the opening ceremony, Ambassador Extraordinary and Plenipotentiary of Mongolia to Cuba Ts.Batbayar said that although Mongolia and Cuba are situated far across the globe, classical art and music can play an important role to bridging the citizens of the two countries closer.

Approximately 600 people watched the concert, including representatives from the Ministry of Culture of the Republic of Cuba, the Cuban Institute of Music and teachers and students of the University of Arts. Moreover, the heads of diplomatic missions and officials of the embassies in Havana.