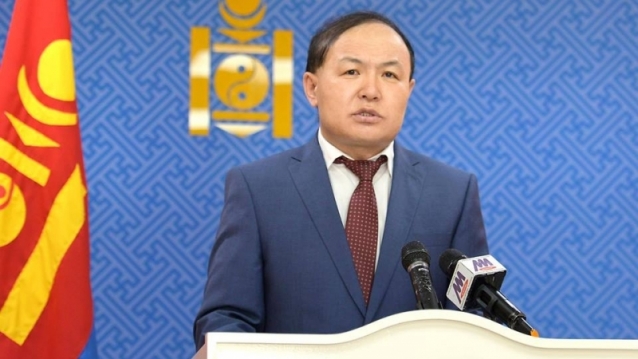 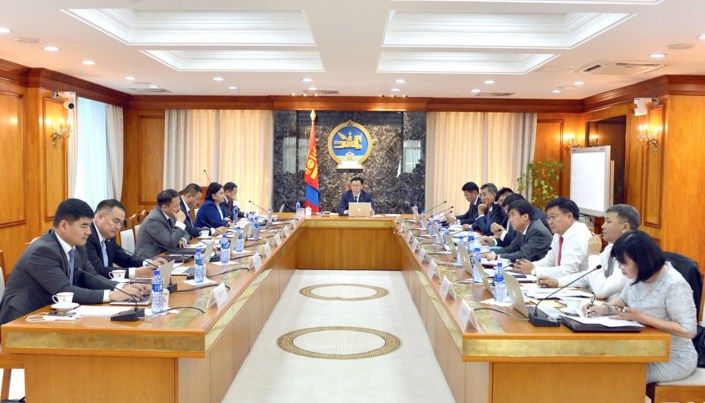 Head of the Office of Media and Public Relations of the Cabinet G.Otgonbayar made a statement to the public in regard to decisions made during Wednesday’s regular Cabinet meeting, and provided updates on the decision to make spending cuts at the state level.

G.Otgonbayar reporting on decisions from Wednesday’s Cabinet meeting[/caption] The Cabinet instructed its ministers to lower the salaries of executive directors and other leaders working for state-owned companies. The salaries of state servants ranging from five to ten million MNT per month will be lowered by 30 percent, monthly salaries of 10 to 30 million MNT will be lowered by 50 percent, and monthly salaries of more than 30 million MNT will be decreased by 60 percent. Concerning bonuses for state servants, Cabinet has decided to issue them based on performance agreement fulfillment, and has suspended spending for all additional supplies, monetary awards, and non-refundable aid. The Cabinet has decided to draw back on state budget salaries, bonuses, financing approved for domestic and foreign missions, and furniture purchases that have been planned but not yet completed. Head of the Cabinet Secretariat J.Munkhbat was instructed to make changes to the salaries and bonuses of the administrators of state-owned entities at the board level. Until state budget amendments are submitted to Parliament, the Cabinet says it will take the following measures: 1. To transfer current budget expenditures at all levels to austerity mode. 2. To suspend the announcement of new bids and purchasing and service agreements starting on August 17, and suspend financing for procurement agreements that have not yet been activated. 3. To suspend procurement for investment projects and measures being implemented through the state budget and financing from Development Bank of Mongolia. To delay financing for construction and development for which agreements have not yet been established, as well as those with slow progress.
SHARE
Share on Facebook
Tweet on Twitter
Previous article Smartphone addiction harms children’s mental health
Next article The EU-funded ‘Sustainable Plastic Recycling in Mongolia’ project is helping to improve waste management in Mongolia