Cabinet reviews results of the Hour of Solutions meetings 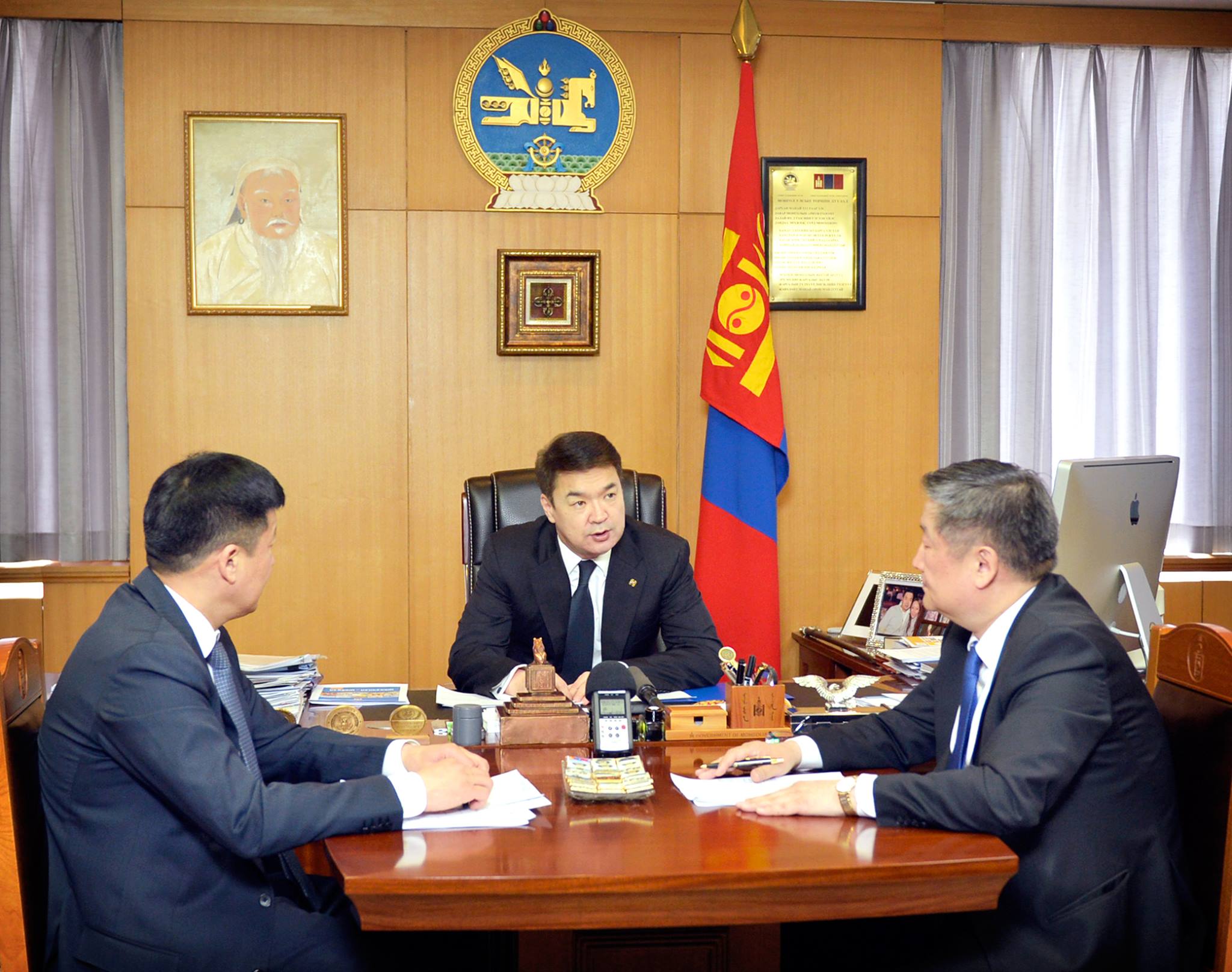 Prime Minister Ch.Saikhanbileg reviewed work that has been done as a result of the Cabinet's weekly Hour of Solutions meetings, and decided that many efficient political and economic projects have been carried out as a result of the meetings. The PM instructed the Cabinet Secretariat to intensify efforts to resolve outstanding projects and reintroduce them in Cabinet meetings to arrive at completion. During Wednesday's Hour of Solutions meeting, the PM said that over 100 issues have been resolved through 50 Hour of Solutions  meetings heled weekly since February 17, 2015. During the very first Hour of Solutions meeting, Prime Minister Ch.Saikhanbileg instructed authorities to stop using sports utility vehicles (SUVs) and large cars for the official errands of ministries, agencies, and state organizations, and demanded that they drive smaller cars with fuel consumption of 16 liters per 100 kilometers in the city. “As a result of the meeting, state purchases of larger vehicles for over 80 million MNT have stopped, saving 20.8 billion MNT in 2015. Nearly 100 SUVs were removed from use by state bodies and distributed to the provincial and border departments of several state organizations, including the General Police Department, General Executive Agency of Court Decisions, and the General Authority of Border Protection,” noted Deputy Chairman of the State Secretariat G.Ganbold during Wednesday's meeting. Chairman of the Cabinet Secretariat S.Bayartsogt and his Deputy, G.Ganbold, reviewed the results and outcomes of the weekly meeting and named projects that were realized as a result of the meetings: - The Ulaanbaatar’s Governor Office initiated one-window state services by setting up a State Service Center at Dunjingarav Trade Center, offering citizens access to 250 state services from some 25 state organizations. In March, 92 services from an additional 12 governmental agencies were added to the menus of State Service Centers. Provinces are currently working to introduce State Service Centers with one-window service. - Fuel retail prices in five western provinces were lowered by 80 to 400 MNT per liter and by 100 to 230 MNT in eastern regions. - Nighttime power tariffs for families in Ulaanbaatar’s ger district areas have been reduced by 50 percent since December 1, 2015. - Internet services began being provided to provinces at the same price and speed as those of Ulaanbaatar’s service providers at the beginning of April. - State Bank’s interest rates for herder’s loans were successfully lowered to 10 percent. - Noyon Mountain was placed under the state’s special protection during February 4’s parliamentary session meeting. - A "glass account" monitoring system has been introduced with the launch of www.shilenkhynalt.gov.mn. - General rules for the Ipotek loan and its financing were approved. - Sources for 100 billion MNT to be issued as floating capital for the wool sector has been resolved. - A new transit hall was built at Chinggis Khaan International Airport. - MIAT bought a 220-passenger seat Boing 737-800, and expanded its  flight network in Asia and Europe. Direct flights have been launched to Frankfurt, Singapore, Manzhouli, Erlian, and Khaliar. - The prescription hepatitis medicines Sovaldi and Harvoni, products from the U.S. biopharmaceutical company Gilead Sciences, were introduced to Mongolia at a 99 percent discount. So far, around 1,300 people diagnosed with hepatitis have requested access to these drugs. - Under the law to support economic transparency, some 34.7 trillion MNT has been unveiled as of February 20, 2016, and entities have been pardoned from the payment of 8.3 trillion MNT taxes and 2.5 trillion MNT in unpaid tax fees.
SHARE
Share on Facebook
Tweet on Twitter
Previous article Education Standing Committee reports on performance
Next article Construction rule revised