It’s interesting to watch savings stack up after the worst economic fall in over 30 years and record job losses in Mongolia due to the onset of the COVID-19 pandemic. The heightened state of alertness, a series of large-scale lockdowns, stammering business and reduced income should have naturally hit savings hard, but surprisingly, savings has swelled more than ever.

Financial analysts say that the savings growth has become the primary source of money supply in the country. By the end of March this year, bank savings stood at 23.3 trillion MNT, soaring by 4.6 trillion MNT (22.4 percent) from a year ago or during the early stages of the COVID-19 pandemic, as shown by the latest Socioeconomic

As we know, savings can be broken down into smaller groups based on a number of factors. Banks categorize deposit accounts by ownership – individual accounts and enterprises accounts – but it can be further divided into accounts belonging to public sector, private sector, other organization, and citizens. Deposits can also be held in either the national currency (MNT) or foreign currencies (USD, CNY, EUR etc.), which further breaks down into term and non-term deposits. According to the National Statistics Office, an increasing number of bank accountholders switched to term deposits after the central bank decided to eliminate interest rate for non-term deposits to ensure stable banking operations.

We’re a year-and-a-half into the pandemicand the economic fallout from COVID-19 is leading to serious financial consequences. Personal incomes, particularly those of people working in the private sector or running a private business, have hugely diminished. Nearly 70,000 jobs were wiped out since the first local COVID-19 case was recorded in November, with more jobs at risk the government grapples to effectively contain the spread. The newly unemployed are barely scraping by so why are savings growing? How did Mongolians manage to save over 20 percent more amid the pandemic?

The sharp surge in savings reflects the reduced spending on travel and leisure activities, especially by wealthy Mongolians, who are forced to stay inside. Economists added that the pandemic has reduced new investment opportunities, prompting people to deposit their excess income into savings accounts rather than spending. In other words, despite significant drops in people’s income, people are saving more because they have fewer outlets to spend their income.

Similar patterns were observed in the USA.Personal savings as a percentage of disposable income in the USA reached 27.6 percent at the end of March 2021, doubling in just a year. A. Lee Smith, a research and policy advisor in the Economic Research Department of the Federal Reserve Bank of Kansas City, assessed that personal savings rates tend to trend upward during economic crisis, when consumers are more reluctant to spend.

“The desire to save during recessions reflects a natural response to the fact that employment opportunities are scarcer in recessions and the value of investments like stocks and housing tend to fall in recessions,” he said. “This leads households to desire greater savings buffers to lean against should they find themselves unemployed.”

To top it off, the government has been generously supporting households and businesses since the COVID-19 outbreak, deferring loans, cutting down the policy rate to lower credit interest rates, increasing unemployment benefits and children’s cash allowances, and approving the 10 trillion MNT stimulus program. The program aims to preserve thousands of jobs and provide soft loans or vital funding for businesses to keep employees on payroll during extended lockdowns.

Just recently, the government distributed stimulus checks of 300,000 MNT per person. This unexpected cash allowance helped many people and families, especially those hit hardest by the pandemic, to meet basic necessities. Families with modest means were more likely to use most of the money to pay bills and buy urgent supplies. On the other hand, most individual and families fortunate enough to stay employed were more likely to use the additional income to repay their loans or put it into savings. Even if the interest rate has turned smidgen, term deposit remains the best way to grow money amid the great deal of uncertainty surrounding the economic outlook.

A study suggests that 99.8 percent of depositors have less than 20 million MNT in their accounts, which protects them from potential risks. Depositors with deposits of both local and foreign currency up to the amount of 20 million are insured in accordance with the Bank Deposit Insurance Law. However, deposits held in foreign currency are temporarily not included in the insurance under the new Law on Preventing, Combatting, and Mitigating COVID-19 socioeconomic impact.

Overall, the savings trend has once again shone a light on the wealth gap in Mongolia, with affluent families saving up much more while those who were already vulnerable receiving the worst of the impacts of COVID-19. Mongolians with medium and upper incomes are spending less because their daily activities – be it shopping, travel, investment leisure, or other forms of entertainment – have been restricted amid the pandemic. On the contrary, those with lower income are spending less because they are worriedabout personal finances. In any case, growth in savings is good for the economy from a larger perspective. People could turn the crisis into an opportunity by learning to and making a habit of saving for the future.

Lastly, I’d like to highlight that despite vaccination rollout, there is still no sign that the COVID-19 pandemic is on the decline. The government is intensifying vaccination rollout with an ambitious goal of “No-mask summer”, but this looks to be an impossible dream at this point. If lockdowns and restrictions are not churned back, businesses won’t see meaningful recovery in the near future. This could mean many more thousands of jobs lost, which will surely reverse the recent savings growth as more families dive into their saves to make ends meet. 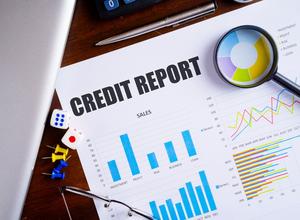 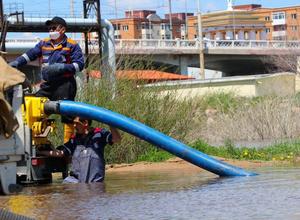