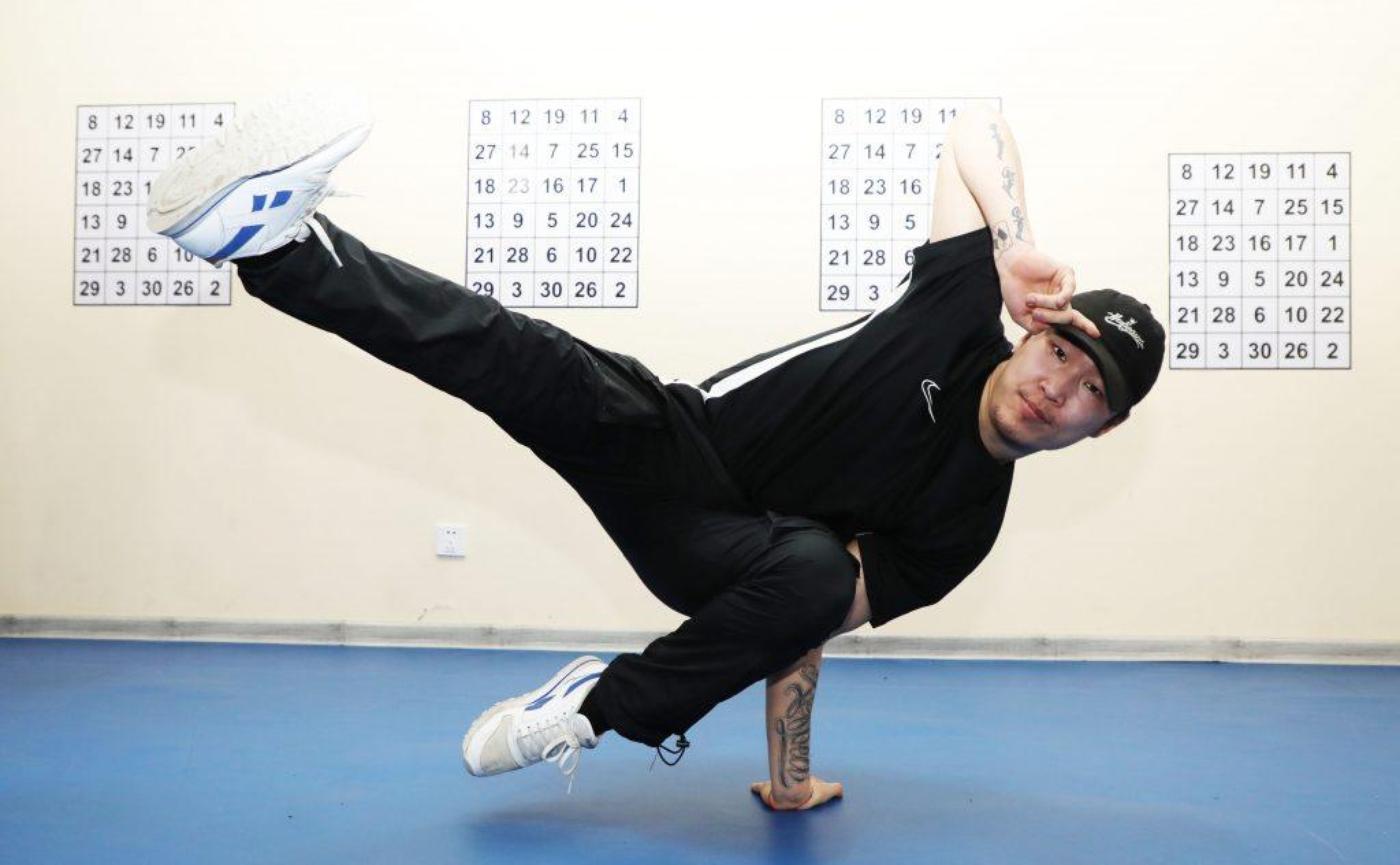 The following interview is with breakdancer of the Hooligans group, champion of Mongolia B-Boy City Tournament and gold medalist of the National Championship Ch.Dulguun. He triumphed in the All-Style category of the Taipei B-Boy City International Dance Competition and became a two-time world champion in 2018 and 2019.

Breakdancing became an official Olympic sport in 2020. At the Paris 2024 Olympic Games, a breakdancing competition will take place. Do you think it should be an Olympic discipline?

I was thrilled when it was first announced that street breakdancing would get included in the program of the Paris 2024 Olympic Games. At that time, people had controversial opinions about it. Some people said that breakdancing could not be considered art if it becomes a sport, but in the end, it was recognized worldwide as a sport and included in the Olympic program. This is a great opportunity for children and young people who are passionate about breakdancing. For instance, since then, we’re getting more support from sponsors.

Breakdancing was developed many years ago, but most Mongolians still have a bad impression of street dancers, right?

Yes. Mongolians used to think of break dancers as bullies or hooligans. However, when 3x3 basketball, a street sport, was included in the Tokyo Olympics, it was positively received by our citizens. As a result, the idea of “brightening up” the streets has become prevalent among young people. To tell the truth, the most interesting life takes place on the streets.

How did you learn to breakdance? How do  you improve your dance skills?

At the age of five, I fell in love with breakdancing. At that time, there were no trainings or clubs for it. I used to reinterpret break movements in my own style and dance. When I was a student of School No. 23 in Chingeltei District, my classmate’s older brother used to breakdance. I begged my friend for a year to tell his brother about me and a few others who wanted to learn to dance as well. One day, I told my classmate, “We want to learn breakdancing from your brother. Can you tell your brother that?” That’s how 13 boys came to learn breakdancing. Since then, we have come to respect our friend’s brother as our teacher/mentor. When breakdancing was not as developed in Mongolia as it is today, many young people gave up their dreams and started working to earn a living.

The “Mongolia’s Best Dance Crew” reality show, broadcast by the Mongolian National Broadcasting, attracted many young dancers. Did this show influence you to take part in competitions? When did you realize that breakdancing could be more than a street-cred thing and that it could turn into a career?

After seeing professional break dancers appear on this show, I wanted to dance even more. Moreover, at the time, I watched the “Step Up” film at the Urgoo Cinema. When I went to the cinema to see the film, everything seemed gray and colorless. But after watching it, everything around me looked brighter. In other words, it changed my mindset and my outlook on life. Since then, I have worked hard toward my goal.

When you first learned breakdancing, it was a time when people didn’t welcome breakdancers, right? Did your family support you in the beginning?

At first, my family didn’t support me that much. They used to say, “It’s not easy to be an artist – It’s even harder to earn a living by dancing. Just focus on your studies.” I have faced such opposition. When I won the 2018 Taipei B-Boy City, my family started to understand and support me. They are now my loyal fans.

Did you give up anything important to “stay true” to dancing?

In 2015, I was studying media animation in the School of Radio, Television and Media of the Mongolian State University of Arts and Culture. However, I dropped out because I felt like I didn’t have enough time to focus on my dance. I hid this from my parents for a while. I secretly trained for a competition without telling my family. Then one day, I was caught lying to them. At that time, I told them, “I’m sorry but I will succeed in b-boying.” Since the day I made that promise, I worked hard to achieve my dreams. That led me to become a two-time world champion. Right now, I’m solely focused on dancing and succeeding. After completing my goal, I will study computer graphics and IT engineering, which I’ve been interested in.

How did you feel when you won the Taipei B-Boy City Competition and became the world champion?

The best from around the world compete in this competition. In particular, dancers from 16 countries were invited that year. I qualified for the competition at the UB Dance Festival in Mongolia. At the 2018 World Championships, dancers competed in the All-Style and 3x3 categories, regardless of the music, dance or style. It requires a lot of intelligence, skill and intuition from dancers. I lost in the All-Style category. The next day, I didn’t advance either when the judges selected the dancers that passed to the next round. I was disappointed that I didn’t succeed. Then, there was a team that was looking for a member after all the fights were over, so they tried to recruit other participants. One member of the team was from Russia and the other was from Taiwan. The Russian dancer asked me to join them and I decided to compete with them as a team. The audience told me, “What a lucky guy to get grouped with the two top dancers.” We had similar skills and talents though. I did everything I was supposed to do during the competition and the organizers emphasized that “the dancer from Mongolia is very competent”.

What song did you dance to in this competition?

I danced to Chinese songs in this competition. So I thought it would be right to use the kung fu movement. The competition was held in Taiwan, so most of the spectators were Chinese. People were surprised by my kung fu movement. Just think about it, we would be surprised and excited if we see foreigners dance to “Jalam Khar” at a competition in Mongolia. It was like that for us. I didn’t expect so many people to be impressed by my dancing or expect myself to attract the attention of the audience. I felt like I had a responsibility to win. Before I won the competition, people didn’t know much about me. Dancers from some countries asked me, “What kind of country is Mongolia? Are you Chinese or Inner Mongolian? To Asia spectators, I feel like I was able to make them aware of Mongolia through dance.

The day after the competition, people’s attitude towards me changed. Some special participants are invited by the organizers to dance at the opening of the next international competition. They invited me to dance at the opening ceremonies in Poland and Ukraine, but I couldn’t because of the COVID-19 pandemic. In the future, I plan to travel to Europe and the USA to exchange experiences with dancers and improve my skills.

Didn’t two members of your team dance together in this competition?

As soon as I heard the Chinese tune, I looked at the Russian participant, and he looked surprised. I asked him, “Will you come out?” He replied, “No.” I looked at the Taiwanese dancer standing on the other side and she shook her head. There was no one but me left, so I went out and danced. While the song was playing, I had to think very quickly about what movements to do. I hardly had a chance to think, I just went along with my body and the beat. It’s hard to put it into words. I dance solely based on my feeling. After the competition, I was surprised when I saw a video of myself. When I am excited, I seem to be able to do things I usually cannot do. Not only me, but many dancers are like that.

Yes, for me, they were years of self-improvement, learning from others, and gaining experience. Breakdancing is like the competitive martial art. Judges judge the dancers’ choice of beat, reaction to attacks by other dancers, stage manners, and ability to draw attention. It used to be an art form, but now, it’s judged as a form of athletics and sport. Breakdancing is similar to skating in that it combines sports and art. Thus, it is as complex as the techniques of figure skating and rhythmic gymnastics. Each country’s breakdancing has its own characteristics, unique rhythms and movements. More specifically, Russian dancers are more active, while Japanese dancers show eccentric styles and entertain the audience. Competitions with Korean participants are very interesting to watch. American dancers try to show that street dance comes from them, but Asians compete on an equal footing.

How confident were you about winning the 2019 World Championships?

In that year’s championships, the Chinese and Japanese participants were strong. Our dancers were late for the flight from Shanghai to Taiwan and spent all our money on flight tickets. The competition was originally scheduled to take place a day later but it was pushed forward, so we had to cancel our previous tickets and get on a flight on the day of the competition. Before leaving for Taiwan, our dancers had just competed in another international competition. I had to win that tournament to earn our travel expenses and advance to the World Championships. That adventure motivated me and helped me succeed now that I think about it. If we had gone to Taiwan without any problems, I don’t think we would have been able to win there. As I was traveling to another country, I felt a great responsibility to raise the reputation of my country. On the Taiwanese dance floor, I tried to declare myself as Mongolian, not just promote myself, and I did my best.

Who do you work with now? Do you have a coach?

In 2019, I started to train with coach E.Munkhbold to compete in the Olympics. At that time, there were many things we didn’t know and couldn’t do, so there were times when we argued and disagreed. From the time breakdancing became a sport, he decided to become an international judge and I studied how to change my movements and techniques to make it more sportive rather than artistic. We first met in 2015 and have been working together since 2019.

Can you tell us about your family?

My father is an artist and designer. In the 1990s, when there were no plastic or linoleum publications like today, he used to draw posters for movies to be shown at the Ard and Yalalt cinemas. There is no one in my family who dances other than me. I tried hard to learn dancing because I love it. Sometimes when I’m depressed, I think, “Why am I bothering myself to dance like this?” But the next day, I forget all about it. Breakdancing is now the biggest passion of my life. I teach classes for children who are interested in dancing. Currently, I’m teaching eight children. 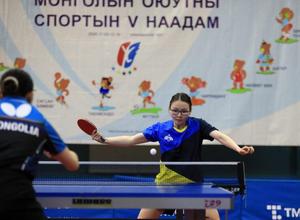 M.Undram: Table tennis taught to be patient and calm 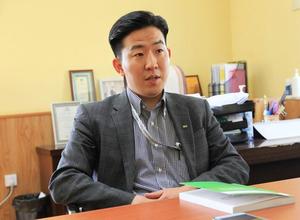 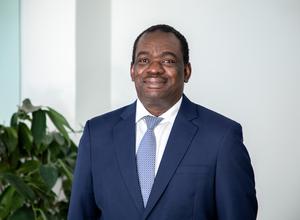