There are many problems in Ulaanbaatar city. One of them is the troublesome car towing service that has been flourishing due to the lack of parking. It is causing various misunderstandings between car towing companies and citizens. Therefore, a comprehensive policy and measures are needed to address this problem, such as improving the rules and regulations governing this type of service and creating more parking spaces.

The Traffic Police Department has been cooperating on car towing service with private enterprises since 1990 as it lacks loading and transporting trucks. Prior to that, such services were mostly used for transporting vehicles that had been in an accident or needed to be towed because they were driven by drunk drivers.

Since 2012, towing services are being used for vehicles, which are parked illegally and blocking the road to reduce the traffic load and consequently, the traffic jam.

There used to be 18 licensed towing companies in Ulaanbaatar, but four of them were suspended. Currently, one state-owned and 13 private companies are operating in the city with their own impoundment lot or tow yard. According to officials, the 14 tow companies impound more than 150 to 200 vehicles per day. Motorcycles are towed for 30,000 MNT, passenger cars for 60,000 MNT, and large buses and trucks for 90,000 MNT. An additional fee is charged as daily storage fee.

Ulaanbaatar has a population of 1.3 million and about 600,000 vehicles. The city does not have enough parking for so many vehicles. At present, there are about 170 prohibited parking spaces, according to Head of United Towing Association B.Naranbaatar. Parking is sparse in most areas, not just downtown, and only the “lucky” ones can find parking, paid ones at that, in the city center. When parking is not available, some drivers park their cars in non-designated areas.

BOTH DRIVERS AND TOWING COMPANIES NEED TO BE RESPONSIBLE!

Of course, car towing is necessary at times. However, drivers often complain about the poor service of towing companies in Ulaanbaatar and some claim that companies illegally tow cars from streets, without contacting vehicle owners or notifying them that their cars are getting towed. As a result, disputes arise between drivers and employees of towing companies.

Moreover, car owners have complained that their car was towed with a baby inside; cars getting damaged during the tow operation; cars getting impounded when it was parked in a legal parking area; and cars getting towed due to lack of parking. In other words, disputes often arise due to the irresponsibility of towing companies. This leads to fights and other violations in some cases. For instance, last August, one car owner argued with an employee of a towing company to take back his car during the towing process and injured the employee with a knife.

This service is regulated under the Procedure for Transportation and Impoundment of Vehicles, approved in 2015 and revised on June 7, 2019. The revised regulation abolished the practice of towing a car without informing the car owner and added a new provision to call the vehicle’s license plate through loudspeakers three times before hauling. In particular, towing companies’ employees must take photos from all four sides of a vehicle and document them. Then, the employee should announce the car’s license plate three times before towing. However, it is difficult for people working in a high-rise office building to hear it.

Residents also accuse towing companies of taking people’s properties without the permission of a police officer. Under the revised rules, a decision to tow a vehicle is made by a police officer in writing and electronically.

Traffic management specialist of Ulaanbaatar Road Development Department U.Turbat clarified, “Electronic decisions are based on photos that fully cover the vehicle’s surrounding environment. A police officer checks photos sent by towing companies to determine whether any traffic rule was violated. Because they don’t know or understand this process, people misunderstand that vehicles must not be towed in the absence of a police officer.”

Moreover, people are demanding the authorities centralize a certain portion of profits of car towing companies into the state budget and spend it on creating more parking spaces and improving roads. They also demand towing companies to be more responsible.

On the other hand, most drivers want to park right outside their intended destinations, which increases traffic congestion and in the case of illegal parking, leads to getting the car towed away. Even big cities follow similar traffic rules. They cannot park in non-designated areas. Therefore, both sides – the towing company and the driver – must be responsible and abide by the rules.

The Ulaanbaatar City Council has decided to change the Procedure for Transportation and Impoundment of Vehicles.

A working group responsible for looking into possible new systems that can be adopted into the procedure and making recommendations convened on August 24 and November 8 in connection with a dispute between a car towing company’s employee and a driver who injured the employee during the hauling process.

The working group decided to collect a certain percentage of the car towing service’s fee for the road fund, employ contracted police officers for this service, and ensure car owners are notified by phone.

Representative of the council and Head of the working group T.Battsogt stated, “Misunderstandings between government agencies, citizens, and the private sector over the car towing service are growing. Therefore, it is necessary to study the issues and change the procedure. We are proposing to simplify the current towing process, notify car owners in advance, send notices via text messages to car owners, and in some cases, contact them directly.”

Relevant organizations and the public suggested hiring public inspectors. In this regard, the working group discussed the possibility of employing 318 public inspectors or contracted police officers to issue permission for towing vehicles on the busiest roads.

“In accordance with the current procedure, only relations between citizens and the private sector are regulated. The working group developed changes to the car towing procedure. For instance, if a vehicle is parked in a prohibited parking area, a public inspector will check first. Prior to the arrival of a tow truck, public inspectors will notify car owners and impose a fine under the Law on Infringements of Mongolia. This means that money collected from fines will go to the state budget. However, if a driver does not pick up his or her car within a certain period of time, car towing companies must tow it,” T.Battsogt explained.

Like in some countries, the working group also reviewed a proposal to put a warning sticker or penalty notice on the windshield of cars.

Moreover, the 14 towing companies have agreed to give up 10 percent of their service fee to Ulaanbaatar’s road fund. In connection with this, Head of United Towing Association B.Naranbaatar clarified, “On March 21, 2020, 14 car towing companies submitted a proposal to the Ulaanbaatar Road Development Department to provide 10 percent of their service fee to the city road fund. The proposal was re-submitted on February 9, 2021. The proposal, made by 14 towing companies, aims to increase the number of parking lots in Ulaanbaatar, improve traffic signs and centralize more funds in the city road fund.”

IT IS CRUCIAL TO INCREASE NUMBER OF PARKING LOTS

Ulaanbaatar city was originally planned to have a population of 400,000 to 600,000. Today, half of Mongolia’s population lives in Ulaanbaatar due to the loss of government policy restricting migration. The road used to accommodate 100,000 cars per day, but the number tripled to about 600,000 cars, which makes the situation of car towing service out of control and more difficult.

The lack of parking also results in higher traffic congestion. Cabinet decided to spend 420 billion MNT a year to solve the city’s congestion. This budget should be spent on building more parking spaces.

Generally, it will be spent on complex measures such as building, expanding and renovating roads, parking, intersections, tunnels, bridges, highways, and public transport parks. According to Cabinet, most of this year’s 420 billion MNT budget will be spent on transportation park renovation. From 2022 to 2024, Cabinet plans to expand the main street by 82.43 kilometers and the inter-district link road by 70.26 kilometers. It is also estimated that six tunnels and seven bridges will be renovated, with 98 kilometers of sidewalks and 249 kilometers of bicycle lanes built. In other words, no new parking is expected to be built in the next few years.

Moreover, it is crucial to use an electronic parking system, which can prevent vehicles from being towed. In fact, the integrated parking lot system was launched in 2020. This allows people to book parking by using the UB parking application on their mobile phones. Particularly, drivers can search for a parking lot and book it online. However, it is not possible to place a car for more than two hours at a time. Basically, drivers are obliged to pick up the car within two hours. But not many people know about or use this application.

In Ulaanbaatar’s A and B zones, cars looking for parking are said to account for 20 percent of all traffic jams. According to a survey, 15 percent of drivers search for parking for 30 minutes to about an hour in the city’s center. In this regard, it is important not only to change the rules and regulation, but also increase parking spaces and the use of electronic systems. 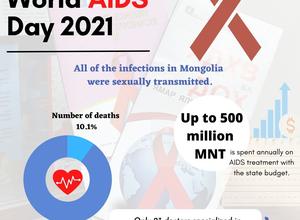 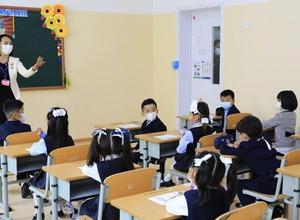