Creating a happier workforce for higher productivity in Mongolia 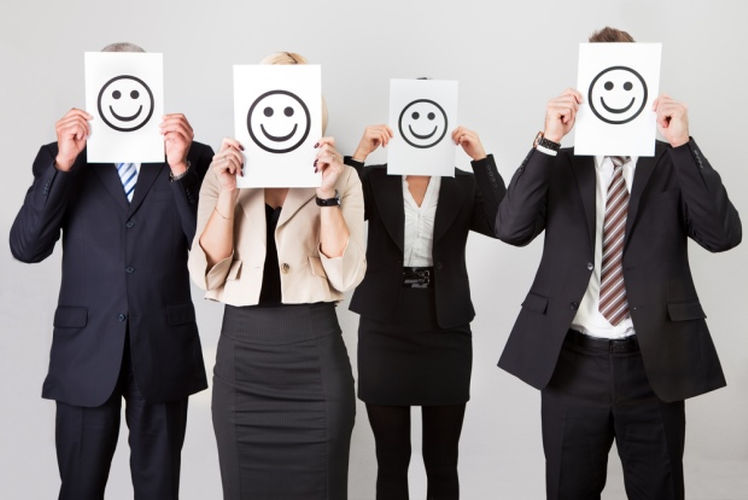 “Productivity isn’t everything, but in the long run it is almost everything,” said Paul Krugman, an eminent Nobel laureate in economics. So far, most ways used in Mongolia to raise productivity are conventional: capital investment, labor increment, skills training, and technological and business innovation. However, one unconventional factor has been overlooked and underestimated – the power of happiness. Happiness is a mental or emotional state of well-being defined by joy, satisfaction, contentment, enthusiasm and interest. Many psychologists have pointed out that happiness promotes the capacities of innovation, improves memory, and leads to greater altruism. There have been clear and positive links between workers’ happiness and their productivity – happiness makes workers more productive. A recent study led by Professor Andrew Oswald, Dr. Eugenio Proto and Dr. Daniel Sgroi from the Department of Economics at the University of Warwick found that happy workers were 12 percent more productive, while unhappy workers were 10 percent less productive. The research was based on four different experiments with more than 700 participants. Based on statistics from 1994 to 2009, the Fortune’s 100 best companies to work for in the United States outperformed their peer group by 2.3 percent annually. According to Professor Alex Edmans at the London Business School, this is not a correlation, but a direct causation between happier companies and shareholder returns. The US internet giant Google/Alphabet, the most valuable company in the world and the No.1 place to work for the seven years in the past decade, is regarded as the pioneer in employee happiness. Happy workers even make better sandwiches. The British sandwich chain Pret a Manger, which takes its employees’ well-being very seriously, attributed its impressive 16 percent annual sales growth in 2014 largely to its workforce’s happiness. Its staff are even given a special bonus for being happy during work. Mongolia, however, is not known to have happy workers. In the World Happiness Report 2016 Update by the UN Sustainable Development Solutions Network, Mongolia was ranked the 101st happiest country among 156 countries. It could be one of the reasons for its lackluster productivity. In the World Competitiveness Yearbook 2016 by Swiss business school IMD, Mongolia was ranked merely the 60th competitive economy among 61 surveyed countries with the position of 58th for “business efficiency”. To boost productivity, tripartite partners (employers, workers and government) in Mongolia need to cooperate with one another closely and continuously. First, employers are at the center of creating a happier workforce. They could follow a simple “EMOTION” approach; namely Employee engagement, Maximizing satisfaction, Optimizing culture, Trust building, Individualization, Opportunity creation and Non-monetary incentives. In Google, its employees (called “Googlers”) are given competitive salaries, free Wifi on shuttle transport, free ice cream and healthy snacks, free lifts to work, and the opportunity to spend 20 percent of their office time on non-work projects of “passion”. Other practical measures adopted by top companies include work-life balance, flexible hours, training opportunities, challenging assignments and clear career progression, so employees feel stretched professionally and valued personally. Second, workers play a key role in their own happiness, since in essence, one’s personal perception of their job affects satisfaction. Everyone can follow a “HAPPY” recipe; namely contributing to Harmony at workplaces, working with Appreciation, staying Positivity, pursuing your Passion, and focusing on improving Yourself instead of competing with others. Third, the government should consider measuring happiness in the workplace and society, as only “What gets measured gets managed,” in the words of Peter Drucker, the founder of modern management. In this regard, the UK could be considered a role model. In the UK, the All-Party Parliamentary Group on Well-being Economics was formed in 2009. In 2010, the National Well-being Programme was launched. Since fiscal year 2012, its annual well-being official statistics have been published. Since then, reported personal well-being in the UK has been improving and the year-on-year differences are statistically significant. In October 2014, the What Works Centre for Well-being was set up in the UK to promote greater understanding of what government, business, communities and individuals can do to improve well-being. A similar mechanism could be formed in Mongolia. For a start, the government should consider officially collecting and publishing annual national statistics on workforce well-being, measuring not only overall sense of satisfaction with work but also sense of fulfillment across different occupations. To effectively use workforce well-being data, it is necessary to organize public dialogues and stakeholder engagement so as to communicate the likely impact of real policy initiatives on workplace happiness and to help employers build professional capacity so as to create the conditions for employees to work happily. So far, Mongolia has enjoyed a tremendous increase in material prosperity. Perhaps it’s time for the pursuit of happiness, even if it is harder to quantify. In return, a happier society will also be beneficial for grooming higher productivity in Mongolia.   Sun Xi, a Chinese alumnus of the Lee Kuan Yew School of Public Policy at the National University of Singapore, is a senior investment analyst and independent commentary writer based in Singapore.
SHARE
Share on Facebook
Tweet on Twitter
Previous article Empty dream of building a city
Next article Perceive beauty of Mongol zurag at ‘Time Bureau’ art show