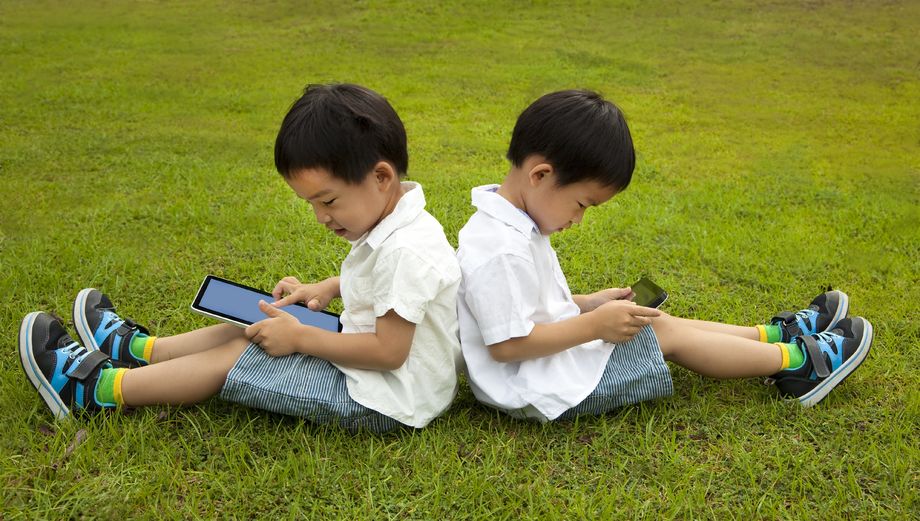 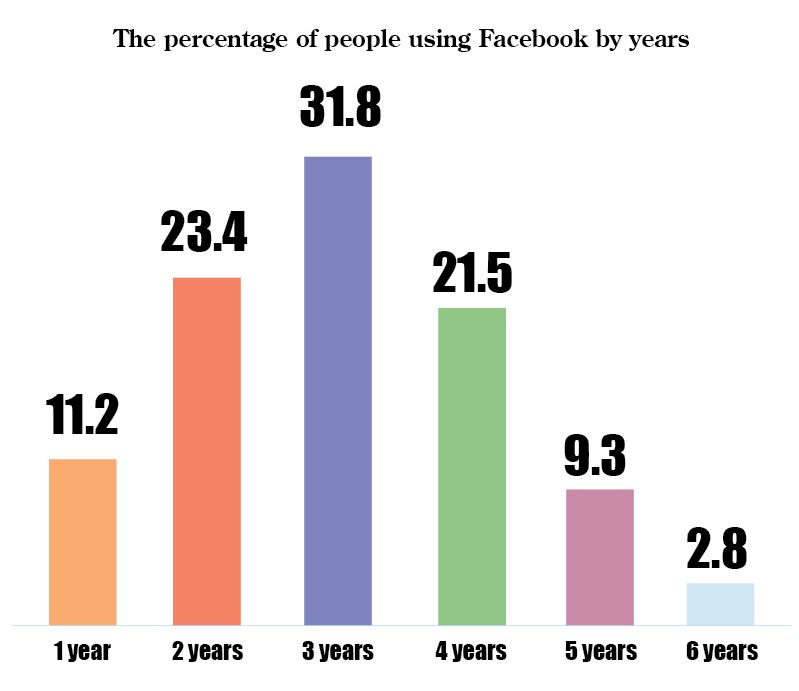 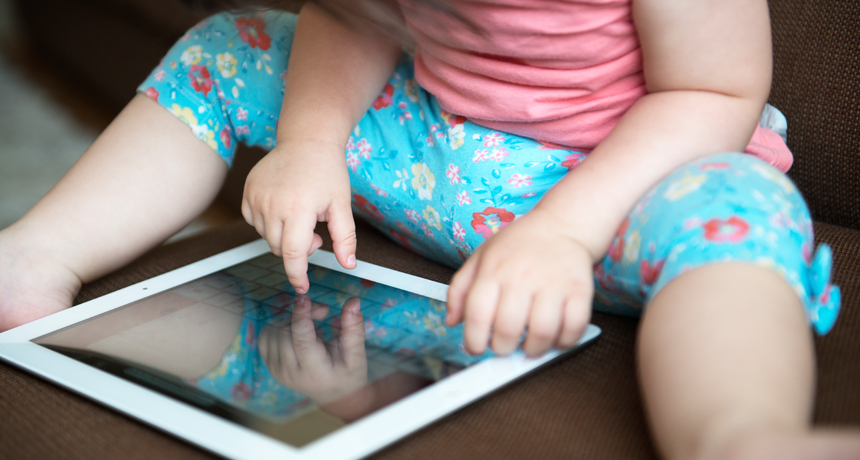 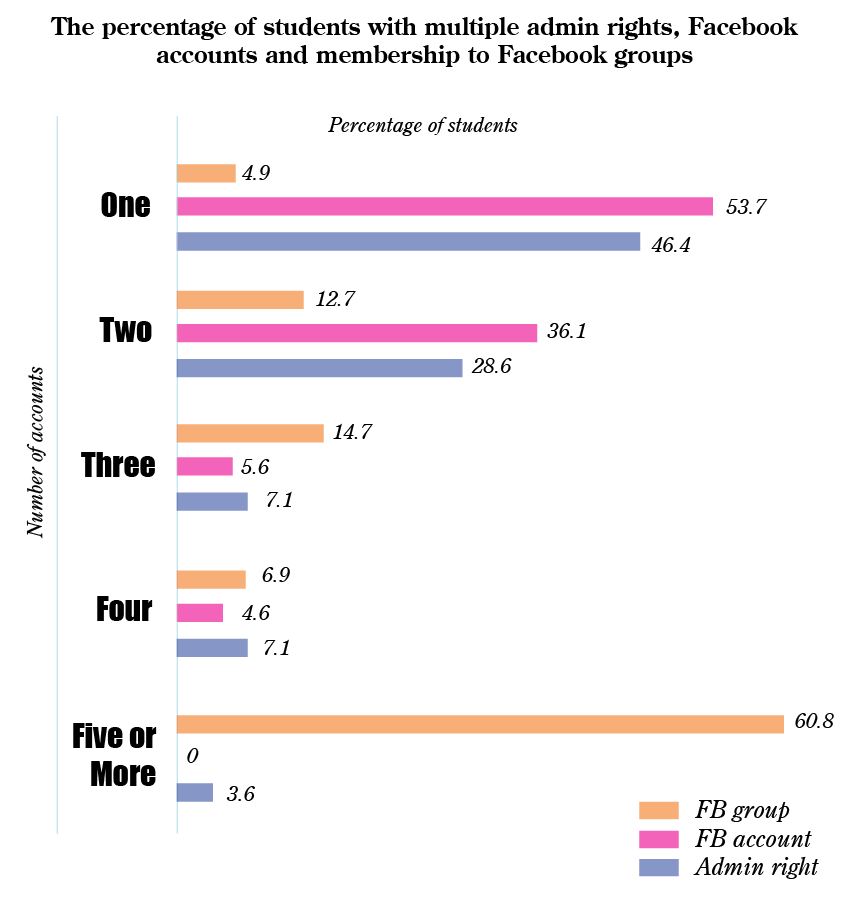 Can’t stay away from your phone? Staying up all night watching films and surfing the internet? Are you playing video games on your phone and computer all day? Do you feel the urge to chat with your friends? If so, you might want to get a checked up because you’re showing signs of addiction to digital devices. Before we could realize, the internet and digital devices have become an essentiality in all of our lives. We’re keeping it, especially phones, on ourselves 24 hours a day so that we don’t miss the latest news feed on social media and gossips about classmates, colleagues and celebrities. As we grow ever more dependent on these devices, they are interfering with our lives and stopping us from doing the things we really need to do. Have you ever had to reschedule every appointment and work at maximum workload and speed just to make time to meet a friend and only get a few dialogues before he or she decides that Facebook or Instagram has better things to share than you? Well, I have and that’s when I noticed that it was a matter of time before all live interactions ceased to exist, while everyone developed a compulsive need to use digital devices. However, digital addiction doesn’t end with that. There’s more adverse impacts than we can imagine.

Boys are most vulnerable to becoming a tech addict

I spoke with L.Tserendolgor, a senior doctor at the Child and Adolescent Clinic of the National Center for Mental Health, to get a better grasp of the situation. L.Tserendolgor said that the clinic admitted 89 children for addiction to screens, phones and other digital devices last year, which is 21 children more than in 2016. She stressed that the number of patients with such problems has been growing in recent years and reported that 31 minors were admitted to the clinic in 2013, 47 in 2014, 41 in 2015, and 68 children in 2016.

Statistics show that around 98 to 99 percent of tech addicts are fifth to eighth grade boys between the ages of 10 and 16. Based on a survey among patients, 82.3 percent had poor parental supervision, deprived of attention and affection, or were raised “incorrectly” (overindulged by their parents). Researcher B.Munkhzaya studied the common psychological traits among children addicted to video games and concluded that those who are introverted, dependent on others, and lack a sense of responsibility and self-control are most vulnerable to digital addiction. However, this is merely data of those on record. There could be hundreds or thousands of others suffering from addiction but are unaware of their condition or refusing to get treatment due to personal or financial issues.

The most common symptoms of digital addiction are: L.Tserendolgor stated that many patients used to skip classes and stay out at night to play computer games and as a consequence, performed badly in their academics. She said that addicts typically lie to regain access to the internet or computer games. She emphasized that if children get excessively addicted to video games, they start to hallucinate, seeing their video game characters and hearing their voices in the real world. In other words, the compulsive need to play video games all the time can make a person unable to distinguish the virtual world from the real world.

Longer you remain addicted, longer it takes to heal

The National Center for Mental Health treats digital addiction through individual and group cognitive-behavioral treatment. When asked about the effectiveness of these treatments, doctor L.Tserendolgor replied, “The longer a person prolongs their addiction, the longer they need to get treated. Therefore, children need to continue their treatment after getting discharged from the hospital and need to regularly see a psychologist or therapist. This is how we can ensure positive change in the patient’s condition.” She advised parents to pay attention to their children as digital addiction can be very difficult to cure. It’s common for patients to return to playing video games for an extended period after getting treated, she underlined.

A study was recently conducted among 550 students and 170 parents living in Ulaanbaatar, Umnugovi, Selenge and Khuvsgul provinces to determine how the internet and Facebook, the most popular social media used in Mongolia, affect children. According to the results, an overwhelming 51.5 percent of respondent access the internet from home. This indicates that interaction between families is decreasing as the use of the internet increase. Other popular answers were: using the internet wherever there is access (16.6 percent), at a friend’s home (16 percent), and at internet cafes (11.7 percent). Most of these people have been using Facebook for two or three years.

To the question “How many admin rights and group membership do you have?”, 60.8 percent of students answered that they are members of more than five Facebook groups with at least one admin right. While most students (53.7 percent) used one Facebook account, 12.7 percent of respondents had two accounts, 14.7 percent had three accounts, and 6.9 percent had four accounts.

Below are responses to some questions related to their Facebook profile. Next, the survey inquired how often students check their profile, friends’ profile, and other posts. On average, students check their own profile, including comments on their posts and photos, six times a day, go to a friend’s profile seven times a day, and click on all sorts of contents on their newsfeed 13 times a day. The most popular reason as to why students use Facebook was “to get information”, reaching 53.4 percent, followed by “to make friends”, reaching 25 percent. Based on this, it can be evaluated that 22.7 percent of 550 students have “fake” accounts that give them access to information that are not suitable to their age. Facebook is full of unfiltered advertisements and information that can adversely impact the mental health of children, but all of this can be accessed by a minor without a proper parental guidance. Considering that such a large number of minors have accounts with fake names, there’s no denying that they are already exposed to explicit contents such as pornography, gruesome crime news, and violent contents. Moreover, most students have provided their personal information on Facebook, which means that anyone can approach them either through their Facebook account or face-to-face. “There’s a lack of knowledge about the digital world. Due to this, people are unable to process the information they get from the internet and social media. Professionals are able to get the information they need and forget those they don’t need. But students don’t have that ability. General education schools teach the basics of information and technology but not this type of important matters. It’s important to teach children that contents on the internet need to be filtered, ways to do this, and the negative effects of cyber bullying,” stated R.Erdenebileg, the head of the Public Network Policy and Coordination Department at the Communications and Information Technology Authority. When asked how students react to negative comments on their posts and shared photos. The results showed that 37.3 percent had received harsh criticism, out of which 43.9 percent thought it was a normal thing, 29.3 percent told about it to a friend, 17.1 percent replied with an offensive comment, 2.4 percent felt upset, and the rest showed a different reaction. It’s not healthy that most of these children think it is okay to get or post offensive comments as this leads to the issue of cyberbullying.

The Family, Child and Youth Development Agency is planning to launch a Family Lock software that allows parents to supervise the information children can access via the internet sometime this year. The agency is partnering with the Communications Regulatory Commission on this project. Head of the Family, Child and Youth Development Agency D.Budzaan noted that the Family Lock program was an ideal way to prevent children from getting involved and becoming victims to cybercrimes. According to Head of the Children’s Department at the General Police Department D.Budzaan, out of 222 cybercrime reports received last year, the majority were linked to defamation, fraud, and conduct involving harassment or seduction of a minor by an adult to obtain some kind of sexual gratification. So far, 21 cases have been settled. There are 400 registered internet cafes in Mongolia. The police are inspecting these places to eliminate all violations and have shut down 24 internet cafes to date, reported D.Budzaan.

Not only government and non-government organizations but also parents must put effort to reducing digital addiction and negative behavior. It’s said that only five percent of patients suffering from any type of addiction succeed in their recovery while the remaining 95 percent fail. Considering this, the best solution to digital addiction might be to focus on preventing it from happening in the first place. Nevertheless, here are some recommendations the government and parents can do to eliminate digital addiction. Recommendations for policymakers are: Recommendations for educational institutions: Recommendations for parents and guardians:
SHARE
Share on Facebook
Tweet on Twitter
Previous article DP’s internal strife intensify
Next article L.﻿Oyun-Erdene: The previous Prime Minister’s strategies will be continued, petrol processing plant and Tavan Tolgoi’s railway must be finished