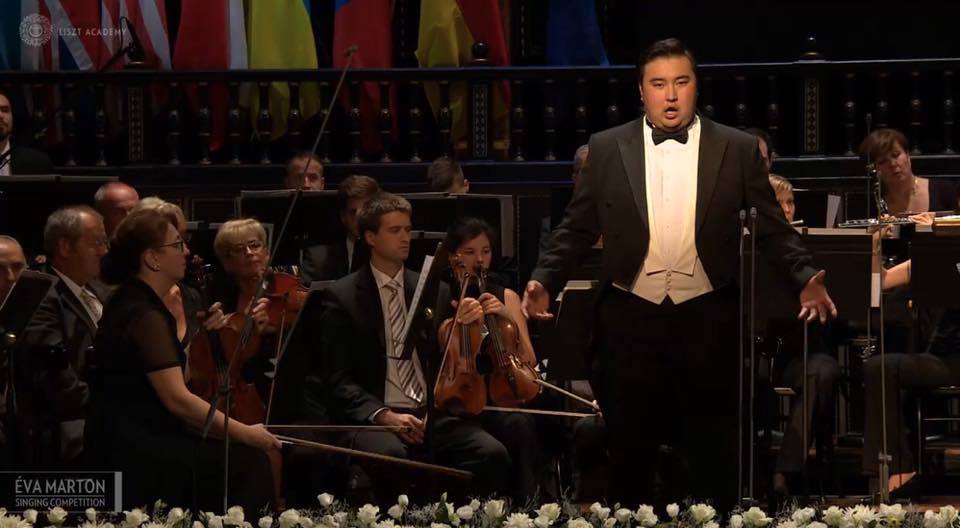 Soloist of the Mongolian State Academic Theater of Opera and Ballet E.Ankhbayar won first place at the second International Eva Marton Singing Competition, which was held in Budapest, Hungary from September 19 to 25. E.Ankhbayar passed to the finals of the competition along with nine talented singers from other countries. He sang Valentin’s “Player” from “Faust” in the final stage and won. Bass singer Alexander Roslavets of Belarus won the Grand Prix of the competition. Second prize winner was soprano Lilla Horti of Hungary, and the third prize was awarded to soprano Lucyna Jarzabek of Poland. E.Ankhbayar graduated as an opera singer from Ikh Mongol Institute in 2012. Since his graduation, he has been working as a soloist at the State Academic Theater of Opera and Ballet of Mongolia. He previously participated in L. Linkhovoin’s 10th Competition, where he won the award for Best Voice and Grand Prize in 2011, and was granted first prize at the International Opera Competition named after Bibigul Tulegenova. He became a finalist of the 50th International Opera Singers’ Competition in Toulouse, France in 2014.
SHARE
Share on Facebook
Tweet on Twitter
Previous article The special world of land spirits, ‘Savdag’
Next article ‘Soyombo’ exhibition brings 17th to 19th century art for view