E.Enkh-Amgalan wins the first Mongolian wrestling tournament of the year 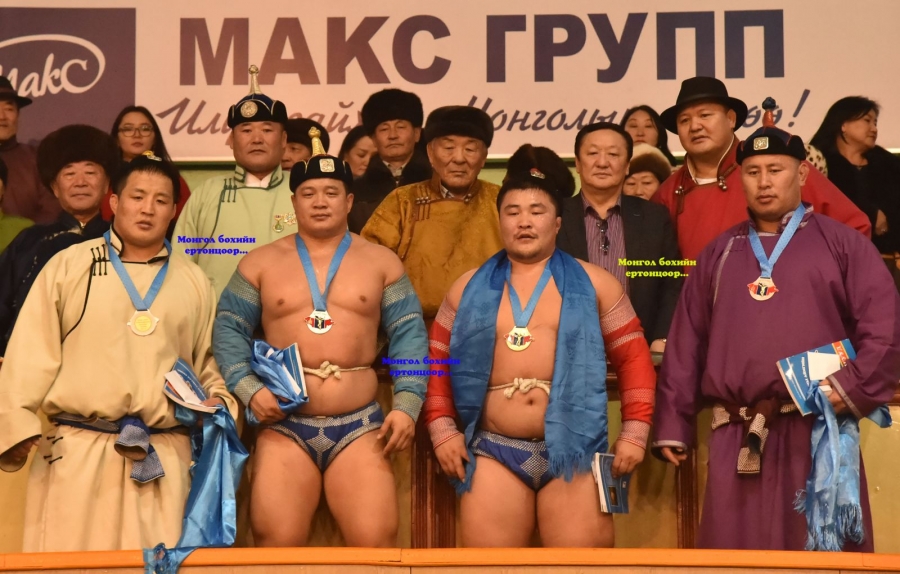 The Mongolian wrestling tournament named after State Elephant N.Munkhjargal, an international sports master of Sambo Wrestling from Tes soum, Uvs Province, was held on January 6 at the Wrestling Palace. A total of 256 state and province ranked wrestlers participated in the competition. State Elephant E.Enkh-Amgalan, a wrestler from Mogod soum, Bulgan Province who belongs to Bid Mongol Company and Bulgankhangai Arena, won the tournament after eight rounds. The runner-up was Province Lion D.Tangad, a wrestler from Tseel soum, Gobi-Altai Province who belongs to Khilchin Sports Committee, Mongol Tamkhi So Co., Ltd, and Khantaishir Arena. Province Lion N.Batsaikhan, a wrestler of Buyant soum, Khovd Province who belongs to Khovd Arena and Province Lion D.Amarjargal, a wrestler of Gurvanbulag soum, Bulgan Province who belongs to Aldar Sports Committee and Bulgankhangai Arena, remained in the final. The Mongolian Wrestling Federation announced a schedule for five tournaments to take place this month. In addition, a wrestling tournament on the occasion of the Constitution Day will be held on January 13 featuring a total of 256 top state and province ranked wrestlers. Furthermore, a tournament for young wrestlers with soum titles will be held on January 21, and the wrestling tournament in honor of the wrestling title Hawk will be held on January 28 at the Wrestling Palace.
SHARE
Share on Facebook
Tweet on Twitter
Previous article Ts.Tsedev-Ochir: We will never give up
Next article Ex-Olympian Gan-Erdene inks Promotional pact