Edvard Munch’s artworks to be displayed in Ulaanbaatar 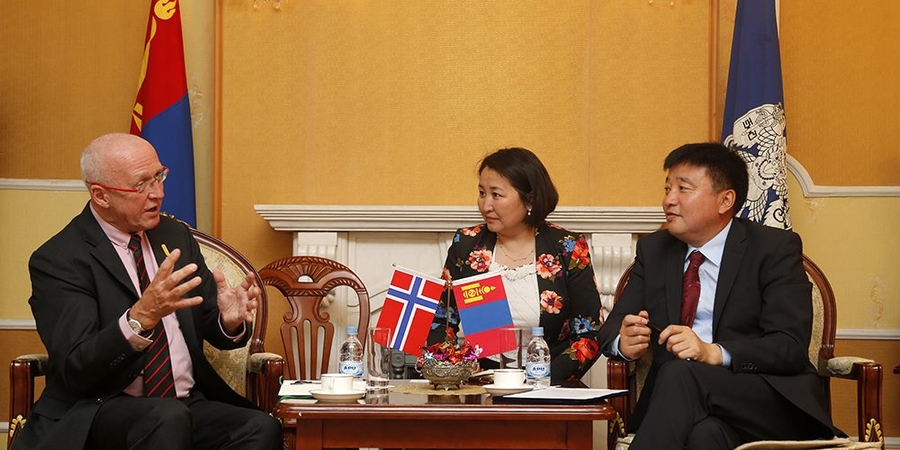 Ulaanbaatar City Mayor S.Batbold received Honorary Consul in Norway Kjetil Krane on August 16 to discuss future cooperation. Honorary Consul Kjetil Krane said during the meeting, “The 50th anniversary of diplomatic relations between Mongolia and Norway will be held in 2018. Within the frames of the 50th anniversary, we are planning to open an exhibition of famous Norwegian painter Edvard Munch in Ulaanbaatar. I would like you to cooperate on this. Currently we are working with the Ministry of Foreign Affairs and Ministry of Education, Culture, Sciences and Sports.” Ulaanbaatar City Mayor S.Batbold responded, “We are ready to open Norwegian famous painter Edvard Munch’s exhibition in Ulaanbaatar. We will form an organizing committee and support the exhibition. We would also like to organize Mongolian Cultural Days in Oslo, Norway for the 50th anniversary. We also want to exchange experiences in urbanization, transportation, and logistic sectors.”
SHARE
Share on Facebook
Tweet on Twitter
Previous article The special world of land spirits, ‘Savdag’
Next article ‘Soyombo’ exhibition brings 17th to 19th century art for view