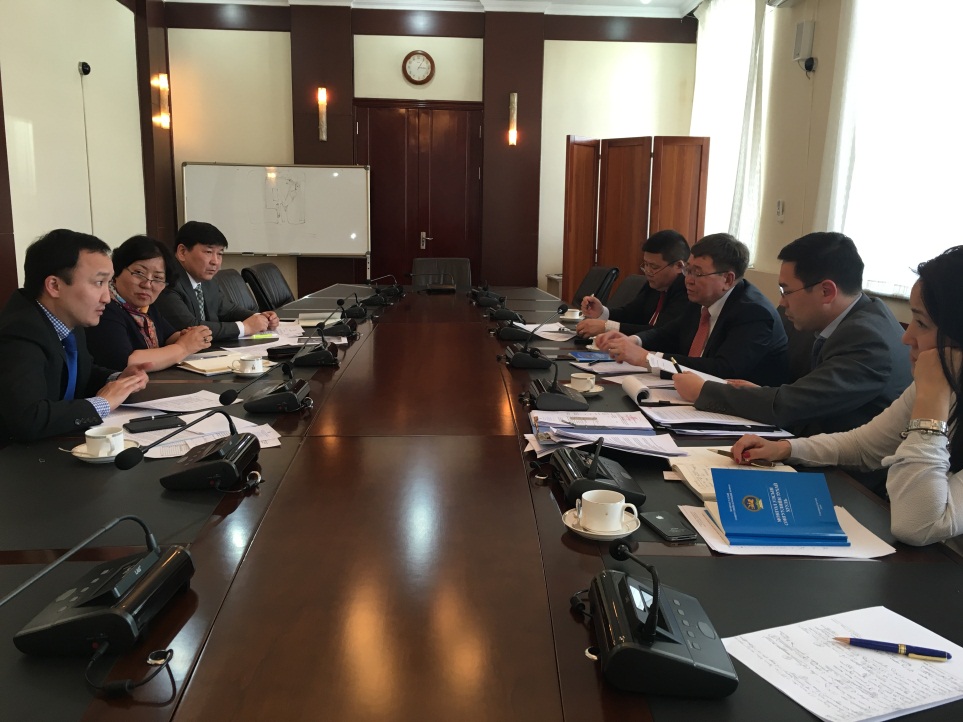 The Foreign Affairs Ministry has reported that the central commission responsible for providing and monitoring integrated election management and planning for overseas voting in the 2016 parliamentary election in countries where Mongolian Diplomatic Missions are based, held its first meeting on March 29. The chairman of the commission, State Secretary of the Ministry of Foreign Affairs of Mongolia D.Gankhuyag, and the commission’s vice chairman, member of the General Election Committee B.Ganbat, as well as other authorities and officials took part in the central commission’s first meeting. Parliamentary election voting for Mongolian citizens residing overseas was first implemented back in 2012, and was also carried out successfully during the 2013 Presidential election.
SHARE
Share on Facebook
Tweet on Twitter
Previous article Decree issued to make Noyon Mountain state shrine
Next article Bill on cultural heritage registration discussed