Exploring the study of Mongolian clothing 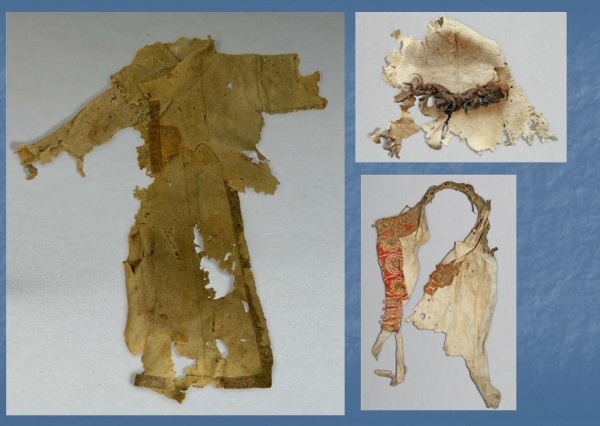 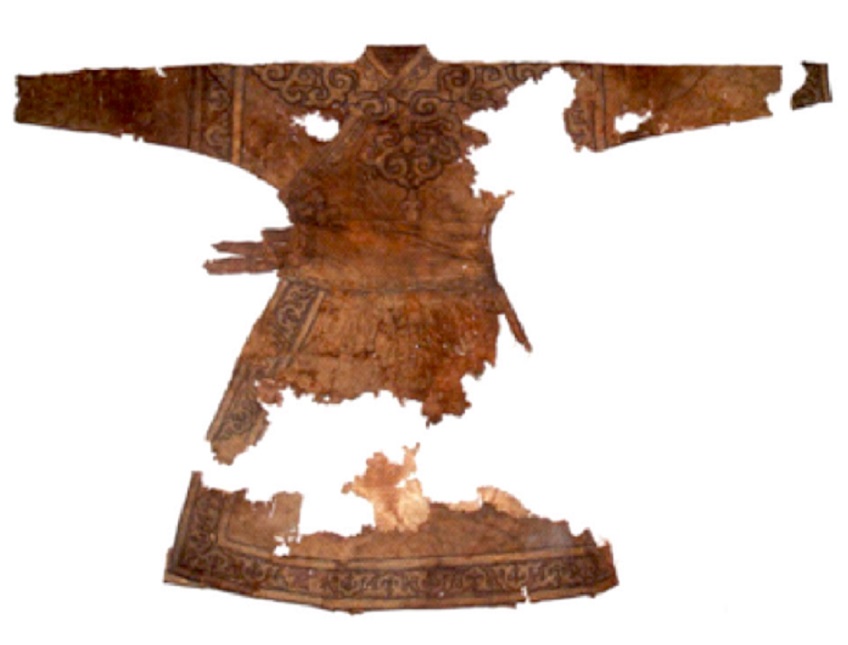 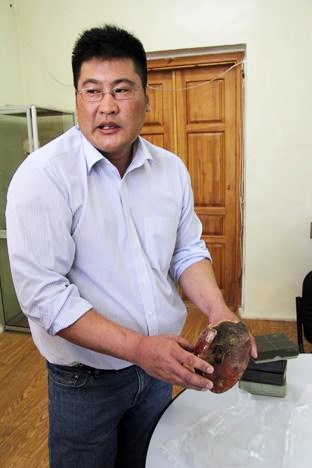 One of the greatest creations of humankind is without a doubt clothing. Clothes are considered a valuable cultural artifact as it features climate conditions, people's lifestyles and customs, as well as historical background and social situation of a certain period. In particular, the history of clothing of nomadic people is quite fascinating. Archaeological studies indicate that Mongolia’s traditional nomadic and hunter lifestyle greatly impacted on its clothing. Through the discovery of processing natural fibers, Mongolians have been making clothes using raw materials of plant and animal origin such as leather, fur, wool, felt, silk and cloth for centuries. These types of archaeological findings are an excellent source for studying people, their culture and aesthetics, and social conditions of the past.

Archaeologist U.Erdenebat[/caption] Mongolian nomads established a wide-range of political, economic and cultural relations with neighboring countries from ancient times. Archaeological studies show that Mongolians used to wear and use very expensive silks, which they acquired through various means, including trade, as gifts, war loots and taxes. Mongolian archaeologist, historian and professor of the National University of Mongolia’s Department of Anthropology and Archeology U.Erdenebat says that before discovering ways to obtain synthetic substances through chemical methods, people used to reel silk from silkworms and use natural dye. He goes on to talk about a study on silk and fabrics that indicate that Mongolian ancestors traded with China, Persia, Middle Eastern countries, and even Italy. “A research showed that some nations used to make products that suited Mongolians’ taste and interests during the Mongol Empire. For example, silks produced during the 13th and 14th centuries mainly had patterns which Mongolians favored.” As valuable as ancient Mongolian clothes are, they are rare to find because the natural materials used to make clothing deteriorate quickly. Since there aren’t records of Mongolian clothing, it makes it even harder to study them, not to mention that clothes and textiles of ancestors are usually found in a bad state. Mongolian archeologists are able to study and recover some artifacts using some historic documents of neighboring countries, which briefly mention about Mongolian clothing. U.Erdenebat mentioned that cave drawings, ancient paintings and statues can also become an important source for studying clothing besides physical sources. For instance, portraits of eight khaans of Mongolia, including Chinggis Khaan, and portraits of 15 queens are kept in Taiwan’s National Palace Museum. After analyzing these portraits, experts determined that Chinggis, Ugudei and Khublai Khaans had the same shape of hat, but from Ulziitumur Khaan’s rule, the shape became rounder. According to U.Erdenebat, Mongolians also added a cap, decorated the top with gem stones, and attached a thick string at the back of the hat. This type of hat was found from a burial inside the Tsagaan Khanan cave in Noyon soum, Umnugovi Province in 1998. Reportedly, most clothing items inside the burial were burnt and destroyed by the person who first discovered the burial and only a few clothing were handed to researchers. Archaeologist U.Erdenebat emphasized that Mongolians should treat artifacts more respectively and delicately. He says that the Mongolian archaeology sector is in a dire situation at the moment and blamed the government’s decision to close down several archaeology centers and laboratories, and liquidate the Ministry of Culture, Sports and Tourism. He explained that because of this decision, the archaeology sector doesn’t receive funding from the state. He added that archaeologists aren’t able to do works related to the restoration and conservation of artifacts. U.Erdenebat called on to the government to pay more attention to this issue and train more archaeological specialists. “The state needs to pay attention to the study, restoration and conservation of artifacts, which many archaeologists and researchers put much effort and money to find. More personnel is essential. We have to establish a foundation for safekeeping artifacts,” he said. “Despite these difficulties, Mongolian researchers don’t sit back and do nothing. We send important artifacts, which we are unable to restore or study, abroad in accordance with relevant laws. In some cases, we use foreign tools and request assistance from foreign experts.”

Clothing found from a tomb in Dugui Tsakhiur Cave that are likely to have been worn by a queen[/caption] Earliest clothing artifacts date back to New Stone Age. The earliest artifacts related to Mongolian clothing was found from Tamsagbulag and Norovlin area in eastern Mongolia, according to archaeologist U.Erdenebat. The artifacts were discovered by a joint Mongolian and Russian expedition in the early 1960s and they identified that the findings date back to the New Stone Age. In 2006, a joint team of researchers from Mongolia, Russia and Germany found a burial from year 3-5 BC near the Olon Guuriin River in Ulaankhus soum, Bayan-Ulgii Province. The burial contained deels made from various animal skin, cotton trousers, a long felt boot and a helmet. The items were extremely well restored in Russia. Now, the artifacts are stored at the Institute of History and Archeology of the Mongolian Academy of Science. An interesting thing found from historic documents is the fact that Mongolian ancestors had a law and regulation on clothing for centuries, since the Kitan Empire. It was used to regulate what ordinary people and nobles should wear, as well as the type of clothing to wear during special occasions. The regu- lation also specified that people had to style their hair in a certain fashion and match accessories with their outfits.
SHARE
Share on Facebook
Tweet on Twitter
Previous article Public transportation: Reversing when world is advancing forward
Next article O.Tugs-Erdene: My biggest dream is to win medal at 2028 Summer Olympics