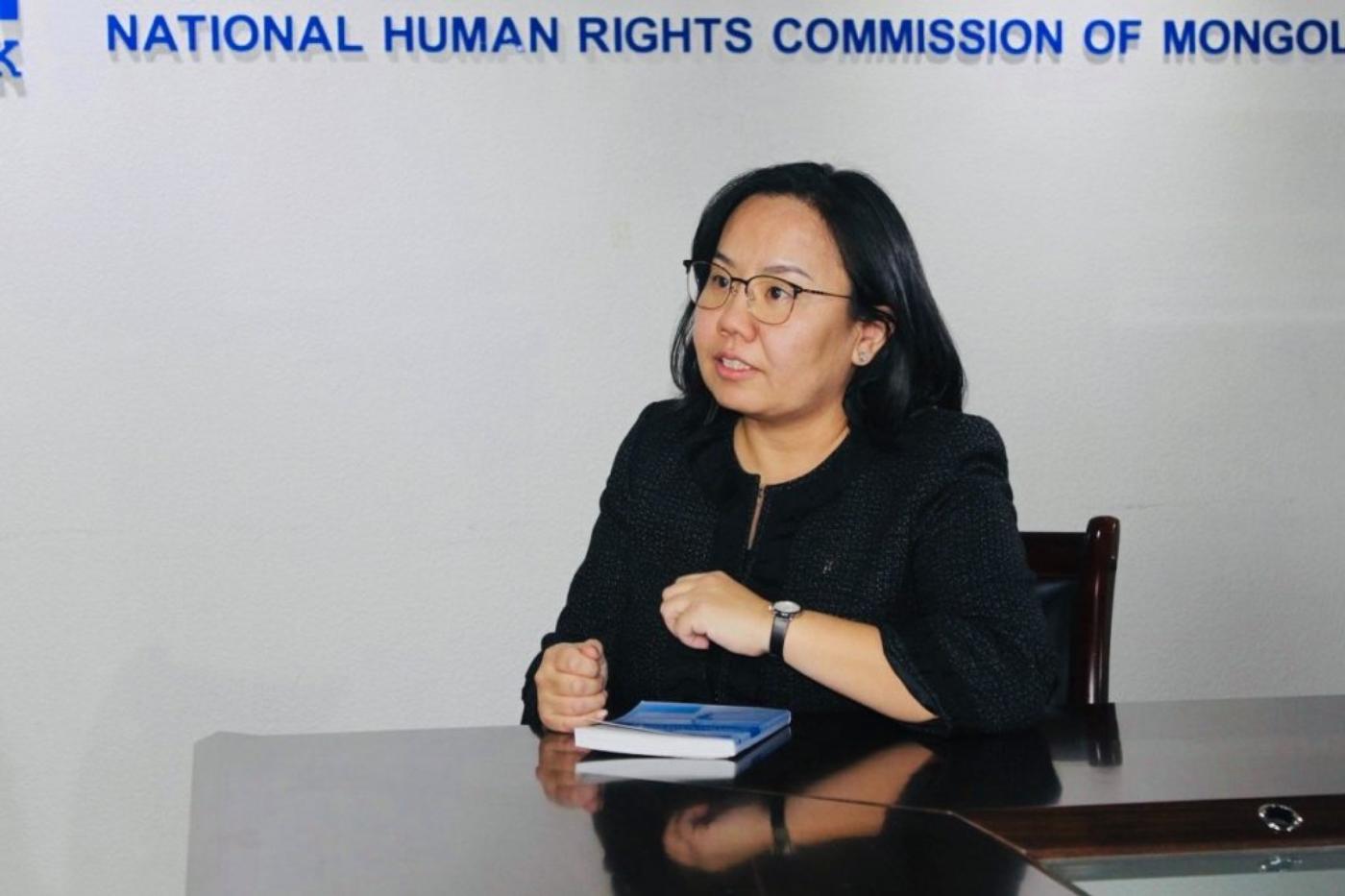 Members of “Nodoublestandart” movement E.Odbayar and B.Mongolkhuu are being detained at Detention Center No. 461 of the General Executive Agency of Court Decisions. Has NHRC issued its conclusion on whether their rights to freedom of expression and demonstration have been violated?

Citizen E.Odbayar filed a complaint with NHRC, while B.Mongolkhuu expressed his desire to file a complaint. The commission has been monitoring the “Nodoublestandart” protest action, started on September 18, and the dispute between the police and citizens that arose on September 30. For now, we are monitoring circumstances of the events based on information posted in the media and on social networks, and testimonies provided by police officers.

Citizens who were walking across Sukhbaatar Square during the September 30 dispute gave statements to NHRC as witnesses. There are a number of issues that need to be investigated and identified in connection to these events. Within the framework of these issues, it is necessary to get explanations from the relevant officers of Chingeltei and Sukhbaatar districts police departments. The commission is working to issue a conclusion about these events. We are also monitoring the ongoing hunger strike and other expressive activities.

The public is eagerly waiting for NHRC’s conclusion to be released soon.

In accordance with the Law on National Human Rights Commission, the commission is an independent body that monitors the implementation of human rights and freedoms.

Ensuring and protecting human rights and freedoms are the main duties of the state. In order to fulfill this duty, there are organizations that have the primary responsibility for the functioning of government systems, such as judiciary, elections, education, health, communications and infrastructure. The police are responsible for registering demonstrations. If this system works properly, it does not require NHRC’s involvement. But in reality, this is not the case, and NHRC’s oversight is much needed due to the lack of public trust in government agencies. As a human rights organization and independent oversight body, NHRC is responsible for ensuring the system is running, setting requirements and offering advice.

Demonstrations and protests against the state are normal in a democracy. This year, there were about 200 expressive activities such as demonstrations and rallies, most of which were held normally, and there were no misunderstandings or disputes between citizens and police officers. In the event of a conflict or disagreement during a demonstration, NHRC must monitor.

How does the commission implement this monitoring?

As I said before, in the event of disputes or misunderstandings between the police and citizens, or coercive force in policing, NHRC monitors circumstances of events on the basis of secondary source evidence. However, if the situation worsens, the commission must work at the scene. In particular, in the event of uprising like the 2008 riot in Mongolia, NHRC will have to work at the scene. In 11 demonstrations this year, we worked on-site. More than 50 demonstrations and public rallies were observed.

What were the general conclusions of these demonstrations and rallies you mentioned? What did the commission conclude in regards to human rights, including political freedoms during the pandemic? What measures has it taken? Has the situation improved?

We identified circumstances in which human rights are violated or at risk of being violated. NHRC members are issuing demands, recommendations and conclusions from time to time.

The commission views that there are two main reasons for human rights violations. First, the Law on Procedures for Demonstrations and Assembly was passed in 1994. This law is outdated. It serves to give opportunities, conditions and procedures for citizens to gather and express their views in a peaceful manner. There is a need to create legal regulations to enforce the role of law enforcement officers in maintaining public order and protecting the safety of the public and protesters. However, there is no regulation for the process of creating this proper balance. On the other hand, under the current law, demonstrations must be registered with the governor, but in reality, a permit mechanism has been established. In accordance with the law, demonstrations and rallies must be registered or the police will forcefully disperse demonstrations and rallies. This is a reason of conflict between the police and citizens. There are many other issues such as the lack of legal regulations for hunger strikes and the lack of regulations on how to implement innovative and creative measures of expression. For instance, in May 2020, the Confederation of Mongolian Trade Unions organized a “Tools Demonstration”. It was a peaceful protest free of risks of spreading COVID-19. However, the tools were confiscated. This was unnecessary and did not comply with international human rights standards.

Second, there are problems with the skills and attitudes of police officers who maintain order during demonstrations and rallies.

I agree with you. In addition to legal regulations, the behavior and communication skills of police officers seem to exacerbate circumstances of demonstrations. Can you elaborate on this?

The law is bad, and those who enforce it are considered insensitive and incompetent. In such a situation, have there been many cases of law enforcement officers violating human rights during demonstrations?

There were no reports of serious damage to the protesters’ health. But there are many cases of pushing, snatching things from protesters, verbal abuse, and arguing. We gave warnings to relevant police officers. In general, there is a tendency to restrict the process of expressing one’s views through deprivation even if it does not involve directly attacking the human body. For example, during a hunger strike, there were problems such as using loudspeakers continuously and making too much noise.

The Law on Procedures for Demonstrations and Assembly provides for the establishment of protection zones. However, there is no regulation on the scope or how a zone should be established, so arbitrary delimitation has been observed. For example, when events take place at Sukhbaatar Square, there is no need to block Freedom Square and establish a protection zone.

How strong are conclusions and recommendations of NHRC and its members? How much impact do they make?

Judging by the law, NHRC members’ conclusions and recommendations are powerful but it doesn’t seem to be so in practice.

We really need to monitor the implementation of our recommendations and demands and enhance accountability for non-compliance. The biggest challenge in properly evaluating performance is human resources. Newly enacted laws have increased the role of NHRC, which is expected to grow in the future. In connection with the COVID-19 pandemic, citizens’ complaints to NHRC have increased dramatically. As of October 2021, the commission has received more than 900 complaints and information from citizens. Half of them are under the jurisdiction of other organizations, while 50 percent are monitored by our commission. We conduct day-to-day inspections of human rights issues and violations, as well as systematic and policy inspections. Currently, there are only five people in charge of this at NHRC Office. Without increasing its budget and human resources, the commission will not be able to operate properly.

In general, human rights violations and problems exist in all sectors of society. Personally, I believe that the population should be the priority of NHRC’s policy. Of course, it is important to protect the democratic space for demonstrations. However, there are hundreds of thousands of people who are facing health damages and losing their lives due to the inability to raise their voices properly. It is NHRC’s responsibility to support public policy by documenting issues related to the lives of the poor, the disabled, the mentally ill, the elderly and immigrants.

Can you state your position on whether procedural documents on social media violates human rights?

This is a serious violation of human rights. The presumption of innocence is ensured by human rights and criminal laws. This is one of the fundamental principles of justice. Parliament of Mongolia ratified the International Covenant on Civil and Political Rights in accordance with the Constitution. Article 14.2 of the covenant states that everyone charged with a criminal offence shall have the right to be presumed innocent until proved guilty according to the law. It is not a secret that there have been, and still are, serious violations of the law such as disclosure of guilt before the court, incitement of social resentment and hatred, and interference in court decisions. Such conflicts need to be stopped. 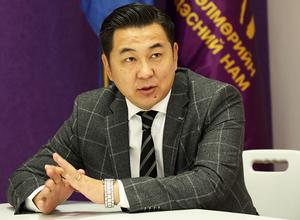 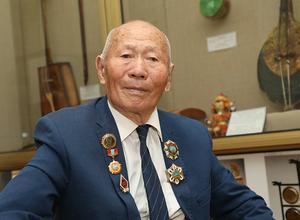 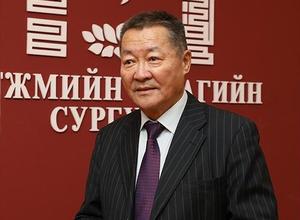