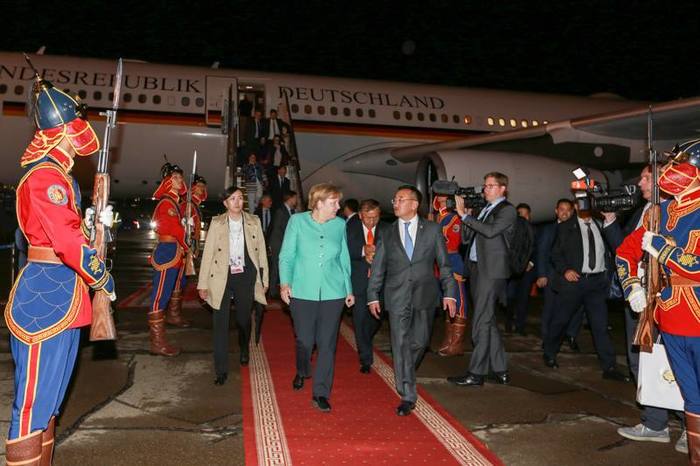 12.22 p.m.   Foreign Affairs Minister of Mongolia L.Purevsuren receives German Chancellor Angela Merkel at Chinggis Khaan International Airport. Angela Merkel is a German politician best known as the first female Chancellor of Germany and one of the architects of the European Union. The German Chancellor arrives to attend the 2016 Asia-Europe Summit of Heads of State and Government, which will be held on July 15-16 in Ulaanbaatar.
SHARE
Share on Facebook
Tweet on Twitter
Previous article ‘People need to change their attitude towards nature’
Next article UN to support construction of humanitarian supply logistics center