Health officials report 59 children have died from measles in 2016 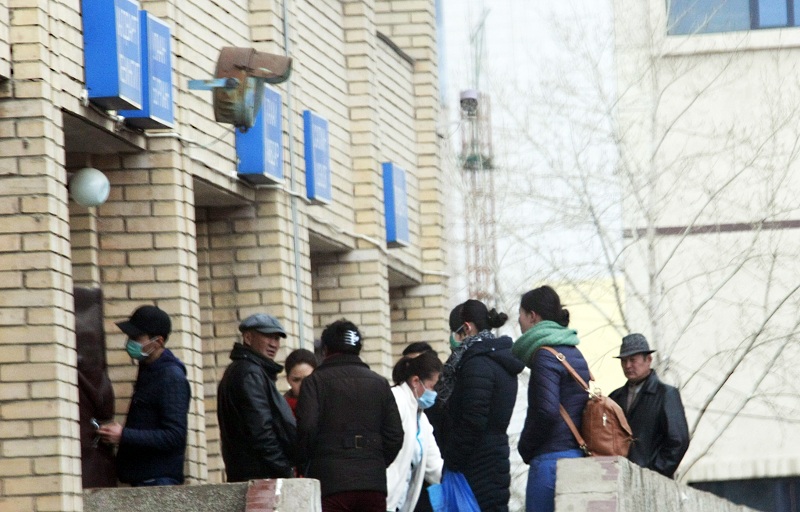 Representatives from the Ministry of Health and Sports, the National Center for Communicable Diseases, and the National Center for Maternal and Children’s Health of Mongolia, led by the Ministry’s State Secretary S.Lambaa, held a press conference on April 15, stating that 59 children have died from measles in 2016, not 918 as reported on social media. At the beginning of the press conference, S.Lambaa said, “In the last few years, child mortality has decreased through the Mongolian government’s sustainable policy. For instance, the mortality rate of children under five was at 87.5 percent in every 1,000 births. In 2010, the number decreased to 20 percent, and to 18.3 percent in 2015. We have completed the Millennium Development Goal to decrease the mortality of children under five by four times. With this number, Mongolia has been listed as one of nine countries to have successfully implemented the UN’s Millennium Development Goals.” He added that the mortality of children under one was at 63.4 percent in 1990, and has decreased to 15.3 percent as of 2015. Deputy Minister Ts.Oyunbaatar said that 491 children under five died in the first three months of 2016. He said the information that 918 children under five have died from measles is inaccurate. “In the first three months of 2016, 491 children under the age of five have died, 427 of which were children under one. Child mortality has increased by 120 compared to last year,” he said. Of the total number of children who have died from measles, 76.2 percent were zero to eight months old and had not been vaccinated; 70 percent were children diagnosed with comorbidity due to the presence of chronic diseases, rachitis (commonly known as rickets), malnutrition, anemia, immune system disorders, and leukemia; 96.8 percent had pneumonia at the time they contracted measles; and 3.2 percent had laryngitis. Prime Minister Ch.Saikhanbileg and S.Lambaa visited the National Center for Communicable Diseases (NCCD) on April 15 and met with health sector administrators, doctors from emergency and intensive care units, and the parents of children being hospitalized. Currently, 18 people are being treated in the intensive care unit at the NCCD. Two months ago 350 million MNT was spent from government aid funds to purchase hospital equipment for the NCCD. The equipment, including one incubator, 12 monitors, four medical ventilators, 12 automated syringes, 13 automated intravenous pumps, and a defibrillator, arrived on April 14 and is now being installed in the intensive care unit. NCCD administrators said the new equipment will solve the equipment shortage problem. “We ordered the equipment to reach medical care standards, such as providing one ventilator for every 10 beds,” said S.Lambaa. The parents of children being hospitalized at the NCCD stressed that there were not enough doctors and nurses at the center. “Nurses from intensive care units at other hospitals can’t work at ours, as they’re not specially trained, but we have increased the number of our staff. Currently, 45 to 50 nurses are working the night shift, compared to the 25 who normally work the night shift. “Giving the staff’s overtime payments around October leads to a lot of complaints, but we have started giving the overtime payments on time, which increases the staff’s enthusiasm and motivation,” said the Head of the National Center for Communicable Diseases, D.Nyamkhuu. He added that the center has opened a lounge for the patient caretakers upon request. Prime Minister Ch.Saikhanbileg ordered the Ministry of Health and Sports and Ulaanbaatar and province administrators to offer at-home medical examinations for children eight months old and younger until July 1. “It’s right to tell the children’s parents to keep their children at home, as doctors will examine them by visiting their homes,” said Ch.Saikhanbileg. The PM encouraged state and private organizations to permit paid leave to staff with children under one until July 1. He also asked health organizations to cooperate with news outlets to improve the medical knowledge of journalists and to help them provide the public with accurate information about disease outbreaks. “Every citizen has to cooperate with doctors and nurses who are working very hard to protect them and the health of their families, and follow warnings and instructions from health organizations in this hard time of a measles outbreak,” the PM added. He ordered S.Lambaa to provide the salaries of hospital staff on time. During the March Hour of Solutions meeting, the government decided to allocate 948 million MNT to ordering measles vaccines through the United Nations Children’s Emergency Fund. “The money has been transferred, so the vaccines will arrive by May 1. The vaccine is being purchased from an institution approved by the World Health Organization (WHO). The target group for the arriving vaccine is people 18 to 30 years old, but anyone who wants to be vaccinated can be,” said S.Lambaa. He added that the measles outbreak epicenters are being provided with enough vaccines and that people are being vaccinated according to WHO schedules.
SHARE
Share on Facebook
Tweet on Twitter
Previous article White-naped cranes from the land of the rising sun
Next article Parliament approves law in a few days and undermines freedom of speech!