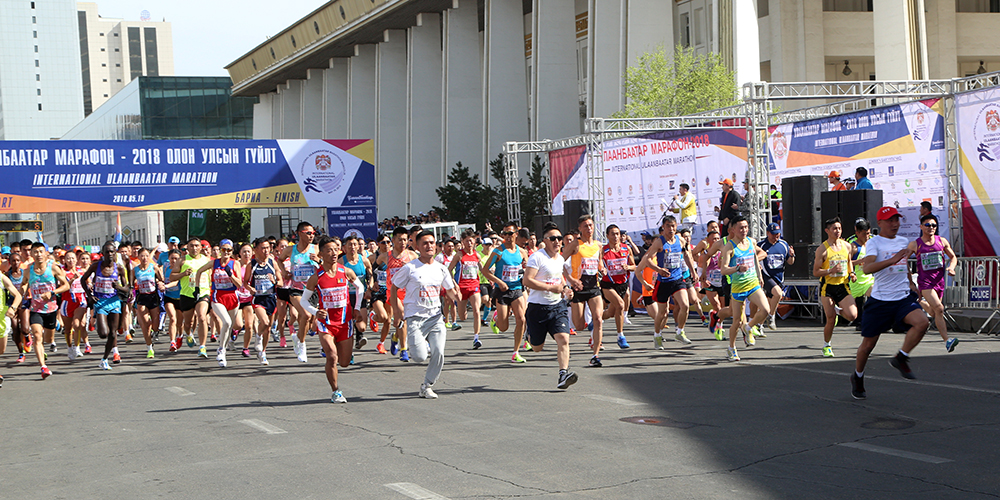 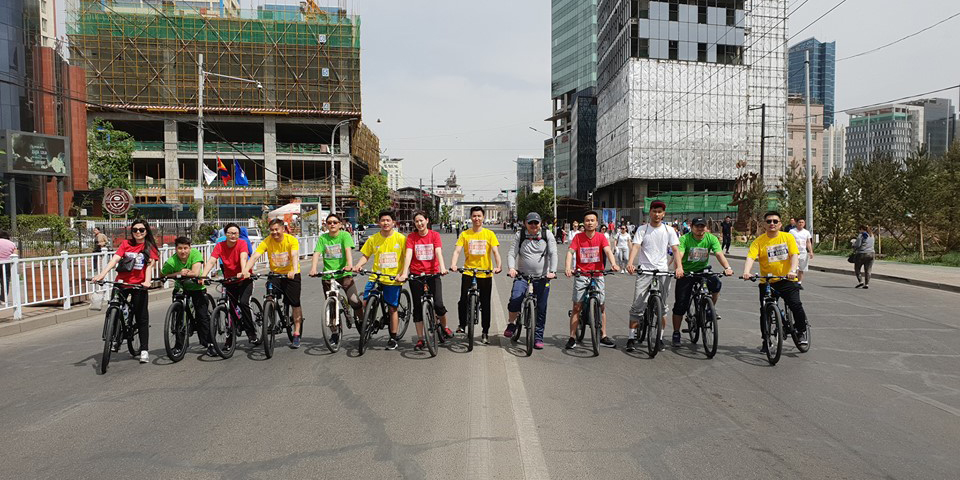 The Ulaanbaatar Mayor’s Office closed off main roads in the city, shut down large markets, and organized the Ulaanbaatar Marathon for the annual Car-Free Day last Saturday. Car-Free Day was initiated by the Ulaanbaatar Public Physical Education and Sports Committee to promote healthy lifestyle, encourage people to exercise, and reduce the use of cars to tackle air pollution caused by car emissions. Performances by bodybuilders, a ballroom dance competition, presentation of sports organizations, friendly competitions, and more were organized for residents in addition to the main event, the Ulaanbaatar Marathon. Big markets closed City officials prohibited large shopping centers, markets and service centers to operate on Car-Free Day in an effort to moderate traffic as experts forecasted that closing the main roads in the city would heighten traffic. According to the mayor’s order, the Bumbugur Trade Center, Emart, Dunjingarav Shopping Center, Night Market, Sunday Plaza, Mercury Trade Center, Nomin Hypermarket, Metromall, and Bayanzurkh market were closed on this day. Traffic adjusted for UB Marathon The Traffic Police Department closed roads from the Western Central Intersection to the Eastern Central Intersection and from Baga Toiruu to Elchin Street on Saturday between 7:00 a.m. and 5:00 p.m. Some bus routes were also adjusted for the road closures. UB Marathon attracts nearly 40,000 runners Organizers of the fifth Ulaanbaatar Marathon reported that 30,996 people registered online for the marathon this year. They were particularly impressed with the diversity of participants as the event attracted 452 international participants from 30 countries, including Australia, the USA, Bahrain, Bolivia, Italy, Malaysia, Canada, France, Ethiopia, Japan, Russia and Spain. The most popular event was the five km marathon for which 9,408 teenagers aged 12 to 17; 12,895 adults aged 18 to 35; 6,757 people aged 36 to 54; and 985 elderly people aged above 55 registered. Organizers said that 386 families, 92 people living with visual impairment, and 25 people in wheelchairs ran in the marathon. The number of runners has been increasing over the years. Statistically, 16,839 people took part in the marathon in 2014, 18,085 people in 2015, around 27,000 in 2016, and 30,000 in 2017. Winners take home 10 million MNT Although three Kenyan runners competed in the hardest 42.19 km marathon event of the Ulaanbaatar Marathon, they weren’t able to beat Mongolian runners. S.Byambajav won the men’s 42.19 km marathon and B.Munkhzaya triumphed in the women’s category with a finish time of 2:23:22 and 2:36.14 on the clock respectively. Each of them was awarded 10 million MNT in cash prize. The organizers commented that Kenyan participants who were invited to Ulaanbaatar Marathon usually placed high in ranking in the past and speculated that this year’s participants might not have had enough time to recover from the long flight hours and jetlag. The two male and one female participant from Kenya had to forfeit this year’s marathon. State Honored Athlete B.Ser-Od, who had already registered, decided to skip the marathon this year to “support and give a chance to younger runners”.