Horse trainers: I don’t care about children, I only care about Naadam

On July 2, horse trainers rode out on horseback to the State Palace to protest the cancelation of Naadam.

At the same time, many young people and doctors demanded the cancelation of Naadam and an increase in health workers’ salaries. As the protests intensified, the government gave in to the pressure to “postponed” Naadam until next year as COVID-19 cases rose in the country.

Horse trainers became very upset and demanded, “We need to celebrate national Naadam. The heritage will disappear without the celebration. We came from afar and spent a lot for the races,” they said. However, none of them mentioned the circumstances of child jockeys, who have not been vaccinated against COVID-19.

Child jockeys must be at least seven years old, and in practice, many children younger than seven are used as jockeys in Naadam horse races. Children of this age were not vaccinated against COVID-19. Most of them travel from provinces to Ulaanbaatar and are at high risk of infection as they inevitably come in contacts crowds of people, spectators and race organizers.

At a time when many fully vaccinated adults are becoming seriously ill and dying due to COVID-19, it is unthinkable and cruel for children to be forced to race on horseback for entertainment. But it was clear from the words of many horse trainers, who only care about the prize and prestige from the races, did not care about child jockeys at all.

For instance, during a demonstration last Friday, a journalist asked a horse trainer whether it’s safe for unvaccinated young children to race. A middle-aged horse trainer, who was active in the demonstration, replied, “I don’t care, I’m talking about the Mongolian Naadam. I don’t care about children. Holding Naadam or not is important to me.”

The older horse trainer behind him added, “Go away and ask about it from the health minister.”

From this conversation, it is perfectly clear that horse trainers rode out to the State Palace to fight for only themselves, fame and money, while children and the public are put at risk for the sake of entertainment. While the horse trainers stormed Sukhbaatar Square, thousands of young people and doctors demonstrate for public health, accessible treatment and an infection-free life.

Many experts and some organizations believe that organizing horse races during the pandemic is a violation of children’s rights. One of them, Lantuun Dohion NGO, has already sued the Mongolian government last week over the decision to celebrate Naadam and organize horse races. When the State Emergency Commission proposed to cancel Naadam on Thursday evening last week, horse trainers, who were preparing for Naadam near Khui Doloon Khudag, protested the decision and broadcast their discontentment through Facebook.

The most heartbreaking thing about the broadcast was that dozens of child jockeys were coerced into lining up behind them to shout, “We want Naadam!” at around 1:00 a.m. It was clear that the children had been ordered to do so. At night, instead of letting children sleep, horse trainers coerced children to support their own cause. This abuse should not be overlooked and the relevant authority needs to hold accountability for child abuse.

If Naadam is held and thousands of children became infected, would horse trainers take responsibility – like they do when a child jockey wins a race on their horse? Who will treat these children and who will take responsible when the hospital is overwhelmed and the price of medicine skyrockets? The cancelation of Naadam may have saved the lives and health of many people, including young children.

Many horse trainers spent money and labor preparing horses for Naadam for several months, and they were frustrated that they couldn’t see its result. “I spent about 5 million MNT to prepare our horses for the 100th anniversary of the People’s Revolution throughout the year. It also cost a lot to bring horses to the city,” a horse trainer from Arkhangai Province complained. It is true that many people suffered losses in this way. But there are thousands who suffered financially and health losses for over a year due to COVID-19, and lost loved ones.

The party most at fault here is the government, which announced a month ago that an “online” Naadam would take place and led on many to prepare for the festival. Perhaps horse trainers should be looking to the government for compensation. But horse trainers know the risk, and yet spend away on races anyway despite the fact that only five horses are prized from each race, while thousands of horses and child jockeys “lose”. The winners are not taxed by the state, and therefore the risk they bear is proportional to the prospective reward. Both are high. But the highest risk is borne by child jockeys, who risk life and health to entertain adults. It’s common to see child jockeys die or become disabled as result of falling from their horse during races.

On the other hand, those who demanded to hold Naadam were putting prestige and money above everything else. If they had considered the health of the children and others who would be affected, this issue wouldn’t have arisen.

The use of child jockeys in horse races, which go on for over 30 km, is an inherent abuse of children’s rights. Last week, the Head of the Child Development and Protection Department of the Ulaanbaatar Department of Family, Child and Youth Development Kh.Oyuntuya’s statement provoked public outrage.

She noted that this year’s Naadam should be celebrated, saying, “Last year’s Naadam was a great festival for us. Because only nine child jockeys fell off their horses during the race. All were mildly injured. Even 30 or 40 children could be injured. Nine means relatively few compared to previous years. We pay a lot of attention to keeping children from falling during the race. But it’s a problem because there are so many horses racing.”

Her statements are an obvious ethical violation that could lead to her dismissal. The lives and health of children, which is her occupation’s priority, was dismissed by her statements.

On July 1, a six-year-old boy fell off a horse and died during a horse race in Arkhangai Province.

“A six-year-old boy fell from a horse and died without receiving medical treatment. The case is currently being investigated by the Arkhangai Police Department," the police said. Despite the ban on horse racing, the incident shows that there illegal horse racing is common in provinces.

The International Labour Organization considers horse racing to be dangerous for children, and a world form of child labor. In the last five years, 1,500 child jockeys have been injured and 10 children have died during races, according to the National Center for Trauma and Injury.

Surgeon at the center P.Bayarsaikhan, who treats injured children, said, “Children are severely injured when they come to us, and it is very difficult for use to look at them. Many children are competing without head protection, despite the law that requires head protection. Head injuries are common among children who fall due to not wearing protective clothing. In some cases, long-term brain damage can occur.”

The government and NGOs were made responsible for jockeys’ safety and rights. The regulation states that child jockeys are to be at least seven years of age and have to wear helmets, protective eyewear, jacket, knee pads, elbow pads and boots, and the horse must have a saddle and bridle. Jockeys’ families are also advised to learn about the standard and make sure that their child is wearing the proper protective clothing, which must be provided by horse trainers. Child jockey families, horse trainers and jockeys have to draw a tripartite contract and have the necessary insurance. However, this rule is not enforced well.

The International Labour Organization considers horse racing to be dangerous for children, and a worst form of child labor. The United Nations has called on the government to take action to prevent children under the age of 18 from riding in horse races on July 2.

“Horse racing poses a serious threat to children’s health and safety, and the United Nations will urge the government not to allow children under the age of 18 to ride horses in any season of the year, and to take all necessary measures as a matter of urgency,” the statement read.

Spokeswoman for the National Network Against the Worst Form of Child Labor Ts.Battuya said child jockeys are often from poor families and in some cases were forced into the sport, and are often victims of labor exploitation. Horse trainers give small amounts of money to jockeys’ families to have them race. In the event of injury, damage, or death, horse trainers and owners are less likely to be held accountable. Therefore, better legal regulations are needed to protect the interests of children. The fact that children are used as jockeys to entertain adults is a gross violation of children’s rights. Festivities should not be held at the expense of the lives and health of children. Some archaic traditions and practices, left behind by long-deceased ancestors, must be allowed to end for the sake of the living. 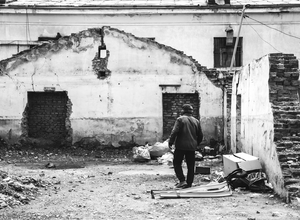 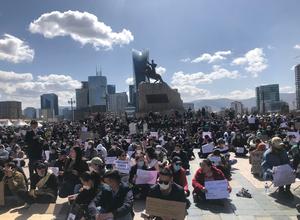