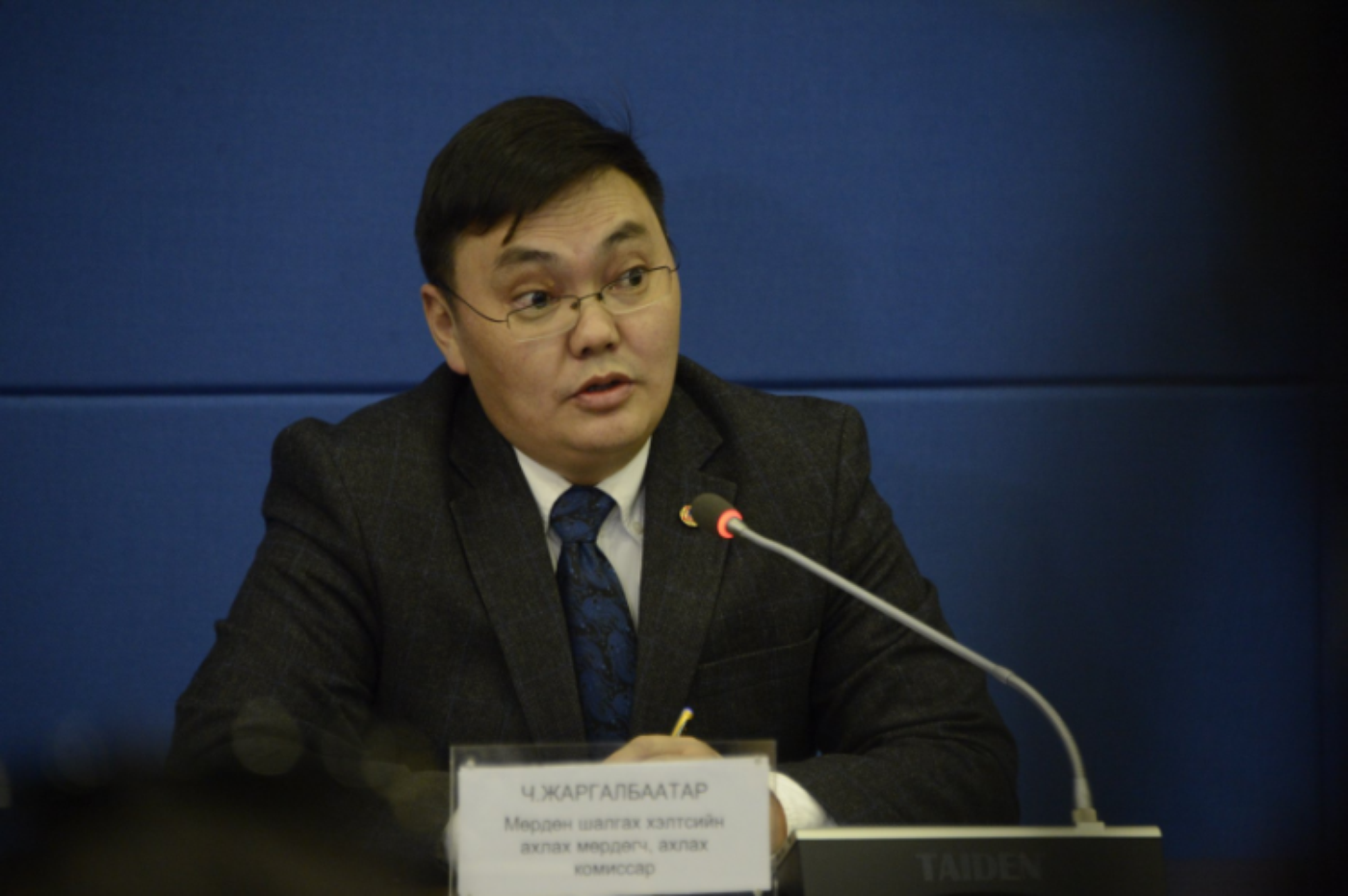 IAAC to re-propose suspension of lawmakers’ immunity to complete investigation

In the following interview, Head of Investigation Department of the Independent Authority Against Corruption (IAAC) and senior commissioner Ch.Jargalbaatar spoke about whether it is possible to re-submit a proposal to suspend the parliamentary immunity of some lawmakers involved in the ongoing issue of Development Bank of Mongolia.

Last April, Prosecutor-General of Mongolia B.Jargalsaikhan proposed Speaker of Parliament G.Zandanshatar to suspend the mandate of parliamentarians Kh.Gankhuyag, G.Amartuvshin, Yo.Baatarbileg and N.Altankhuyag, to properly investigate them. Parliament discussed this issue for more than five hours behind closed doors but ultimately rejected it.

IAAC submitted a proposal to prosecute N.Altankhuyag on the suspicion of misappropriating a 1.8 trillion MNT loan from Development Bank and devaluing bond funds. During an investigation of the bank’s non-performing loans, the Investigative Department of the authority also discovered that parliamentarian Yo.Baatarbileg had accepted bribes from others and launched an investigation into this case. Meanwhile, G.Amartuvshin has been under scrutiny for allegedly issuing a loan of 33 billion MNT to a company affiliated with legislator Kh.Gankhuyag while serving as the director of Development Bank.

What is the current status of the investigation of the Development Bank case? How many assets of non-performing bank borrowers have been frozen and how many people are involved in this case?

Last January, Development Bank revealed non-performing loans that are detrimental to its operations and harm the interests of the state and the public. Since then, IAAC has conducted an investigation. In particular, we are investigating bank officials who are suspected of giving companies an advantage in lending, companies and officials who might have misused their loans, and some people who are suspected of giving bribes to obtain loans. To date, 33 cases related to Development Bank have been investigated and 42 people have been charged.

As of early May, the General Prosecutor’s Office of Mongolia opened a criminal case against several people and issued an indictment. Our investigators are working to present the indictment to those involved. These 42 people include 18 entrepreneurs, 18 Development Bank officials, and six political figures. Investigations have been delayed to some extent due to issues related to politically influential people, especially those who have parliamentary immunity. Therefore, we in- formed of this situation to the prosecutor’s office in accordance with the law. In connection with this, the prosecutor-general submitted a proposal to Parliament to suspend the mandates of some lawmakers. Unless their parliamentary immunity is suspended, we can’t properly investigate this case. This immunity protects legislators from punitive executive or judicial action. As vehicles and homes of members with immunity cannot be inspected in accordance with the Act of Parliament, inspectors can’t obtain relevant information. However, Parliament rejected the prosecutor’s proposal, concluding that the lawmakers should have immunity. This is setting the wrong standard.

In fact, historically, whenever a prosecutor requests the suspension of lawmakers’ immunity based on our proposal, Parliament usually rejects it. This has been one of the conditions for delaying cases. It is also undermining justice. The Constitution of Mongolia states that every person is equal before the law and courts. On one hand, the Constitution is a social contract. On the other hand, this is the belief of people. Therefore, we need to stop this situation as some people are taking advantage of their immunity powers to avoid punishment. One of the lawmakers involved in the Development Bank case proposed to voluntarily suspend his immunity. However, I personally do not understand why Parliament didn’t accept it.

The decision not to suspend the parliamentary immunity of members was made at the parliamentary plenary session. You mentioned that Parliament made such a decision, believing that the members involved in the case should be immune. In such a situation, what further action can IAAC take under the law?

We can conduct the investigation with limits. Investigating with limits means the evidence will be insufficient and the quality and effectiveness of the investigation will be reduced. The prosecutor will have to make an incomplete conclusion on an incomplete investigation, thus making the court unable to make a final decision. This will allow members of Parliament to evade punishment. There are examples of some members fleeing Mongolia thanks to their immunity. As soon as the issue of suspension is raised, they leave the country. Information confidentiality is then lost. Therefore, parliamentarians’ cases are not resolved. The fact that politicians who have become economically independent are living abroad creates social injustice. So politicians who say they will fight against corruption must take the lead.

In the case of the four members of Parliament, we have suggested that their mandates be suspended based on the evidence gathered during the investigation. We did not present anything inappropriate or unsubstantiated to Parliament.

In general, I see that such a problem arises from the fact that the Act of Parliament enshrines relations that can be regulated by the Criminal Procedure Code. If the judiciary itself had suspended the immunity of legislators based on evidence, this problem probably wouldn’t have arisen. Parliamentary immunity is used in very few countries. The countries that use it are developing countries like ours. This is not the case in developed countries. Political culture has developed in those countries. People with a political culture apologize and resign when their misconduct is exposed. We do not have such a culture or development.

Suspension issues can be openly discussed. However, there is the matter of confidentiality of investigations of suspects. People want to know exactly what action the investigators are going to take after lawmakers’ immunity are suspended. If this is revealed, the suspects will know the investigation team’s plans. There is the possibility that the evidence will be moved or destroyed.

Therefore, it is necessary to submit the request in a confidential manner. Some people take advantage of this. Since Parliament itself is not a court, it does not discuss the evidence or the guilt of suspects. We ask Parliament to create opportunities to issue a judicial opinion and conduct an investigation expeditiously. In other words, we want to suspend the immunity of those involved in the case, complete this investigation being obstructed due to the immunity, and finally resolve the case.

The four members involved in this case say they did not interfere with the investigation, cooperated willingly and testified in a timely manner, right?

The planning of the investigation is confidential. It is not possible to comment on this. Some members say, “I wrote the statement.” A statement is not evidence. It’s just an explanation of what happened from their own perspectives. The testimony itself has a separate meaning.

This issue is at a standstill. According to you, IAAC will once again raise the issue of suspending the immunity of these four members of Parliament. What will happen in the future if Parliament does not support it again?

As I said before, we will make a proposal. It is up to the prosecutor-general to decide whether to submit the proposal to Parliament. The question of whether or not to suspend them is also a matter for Parliament itself. There must be no immunity that violates justice.

We need to understand that even if we conduct a limited investigation and submit the case to the prosecutor, it will not be possible to make a complete or objective conclusion. It is said that these lawmakers should have immunity, but we cannot be limited to that. Justice must be established and violated rights must be restored. I hope that our legislators are well aware of this situation. 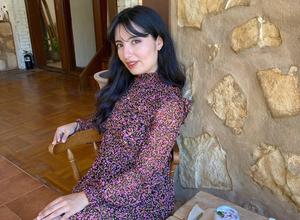 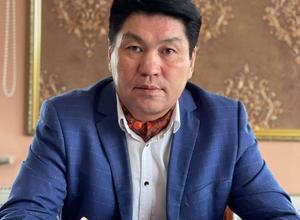