It’s been shocking news to both Mongolians and Koreans that D.Odbayar, the head of the Constitutional Court, groped a flight attendant while traveling to Indonesia through South Korea by Korean Air. According to the Korea Times, police referred him to prosecution on Friday recommending that he be indicted on charges of committing an indecent assault and violating the Aviation Security Act.

It was reported last week that Korean police released D.Odbayar shortly after apprehending because they believed that he had immunity from their jurisdiction. Following this, there was a big debate on whether or not he had the immunity. Many argued that only diplomats of a diplomatic mission from the sending state had immunity in a receiving state according the 1961 Vienna Convention on Diplomatic Relations and most people believed it.

Since the offenses D.Odbayar is involved in are regulated by the Criminal Code and other relevant rules of Korea, the domestic laws of Mongolia are not applicable to the case. The cause wouldn’t have an international jurisdiction either. So, whether or not he had immunity from international or domestic jurisdiction doesn’t matter in this case. Therefore, to check whether or not he had immunity, we should look at rules related to immunity from foreign jurisdiction.

In general, diplomats, agents of a mission, heads of states, foreign ministers and “some” state officials usually have immunity. According to a judgment of the International Court of Justice in Arrest Warrant and definition in the 1969 Convention on Special Missions, heads of state, heads of government and ministers of foreign affairs are the only three officials directly referred to in the documents as subjects that enjoy immunity from foreign and international jurisdiction. However, there are cases of exceptions, for instance the ruling by the International Court of Justice and an English court in the Propend Finance Pty Ltd. v. Sing case, which became a rule of customary international law. These ruled that all high-ranking state officials will enjoy immunity because of their post.

As head of the Constitutional Court of Mongolia, D.Odbayar is in the category of “high-ranking state official” for sure and on this basis he is in a position to enjoy not only diplomatic immunity, but also personal immunity from foreign jurisdiction.

The 1961 Vienna Convention on Diplomatic Relations, which both Mongolia and South Korea are member states to, specifically says that the states parties to the present convention affirming that the rules of customary international law should continue to govern questions not expressly regulated by the provisions of the present convention. In other words, not only this convention, but also rules of customary international law are also applicable and binding rules to the party states.

This article does not have any intention to defend D.Odbayar as to what he did or didn’t do, but to look at the case from a legal perspective. If it is true that a high ranking government official acted as was purported, it’s rather disgusting. But if we balance it with breaking rules of international law and the whole (and very essential) concept of immunity from foreign jurisdiction, it might not have been worthy for South Korea to prosecute him. Infringing an official who has immunity from foreign jurisdiction is as equal to as invading the country according to rules of customary international law. In other words, South Korea is breaking more than one essential rule and principle of international law by charging the head of the Mongolian Constitutional Court, as international laws have supremacy over national laws. 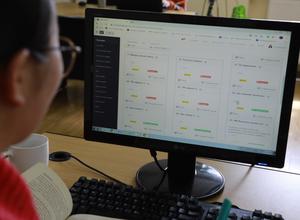 Distance learning: Is it working?