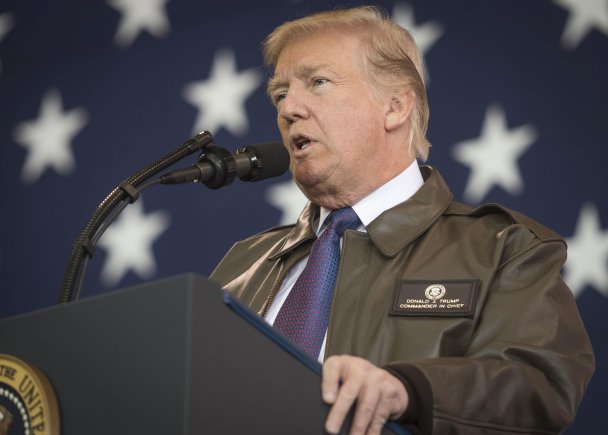 Politics in the United States often draw the attention of much of the rest of the world, and for the past two years or so they’ve been particularly newsworthy. This is of course because of the raucous 2016 campaign and the election of businessman Donald Trump to the presidency. From the very beginning, Trump has had a turbulent term; he assumed the presidency despite losing the popular vote by three million, and has been embroiled in controversy and criticism for the better part of the last 15 months. Part of what’s kept things that way for Trump and his administration has been their occasional suggestion of a policy that’s radical in the U.S. For instance, Trump has tried to ban or restrict immigration from select countries; he’s attempted to build a giant wall on the U.S.-Mexico border; he recently even suggested (perhaps semi-jokingly) that the U.S. could emulate China’s Xi Jinping and elect a president for life. For all the debate these proposals cause, however, it seems that the Americans may be getting used to them. Whereas a matter of months ago impeachment was a very common topic of discussion in response to Trump’s whims, bookmakers have recently shifted the odds back in his favor for finishing his first term (and possibly winning a second). It’s perhaps for this reason that there wasn’t actually that much discussion about a proposal that would be particularly unusual for modern America: the idea of a military parade in Washington D.C. While this has actually happened before when the U.S. needed to drum up civilian support for conflicts abroad, it’s now viewed more as a mark of an authoritarian or dictatorial regime (thanks in large part to associations with North Korea and Russia). We don’t know exactly what Trump is envisioning, but it’s possible that he’s actually taking inspiration from Inner Mongolia – which may be a first for a U.S. president. The closest thing to an official account is that Trump was directly inspired by the Bastille Day parade he witnessed in France – almost a cheerier version of the sort of parades we’ve occasionally seen in Russia and the Far East. However, we also know that in July of last year Xi Jinping presided over a parade in Inner Mongolia, marking the 90th anniversary of the People’s Liberation Army. Over 12,000 military units and personnel were in action with Jinping inspecting them directly, ultimately making for both an impressive spectacle and a formidable show of strength. Given the fact that Trump publicly discusses what he appears to view as a very competitive relationship between the U.S. and China, it’s easy to imagine that this 2017 parade had an effect on him as well. So while some still think it’s unlikely the U.S. president actually gets his parade, there’s a chance we could see an Inner Mongolian spectacle imitated in Washington in the near future.
SHARE
Share on Facebook
Tweet on Twitter
Previous article DP’s internal strife intensify
Next article Does e-learning justify high tuition fees?