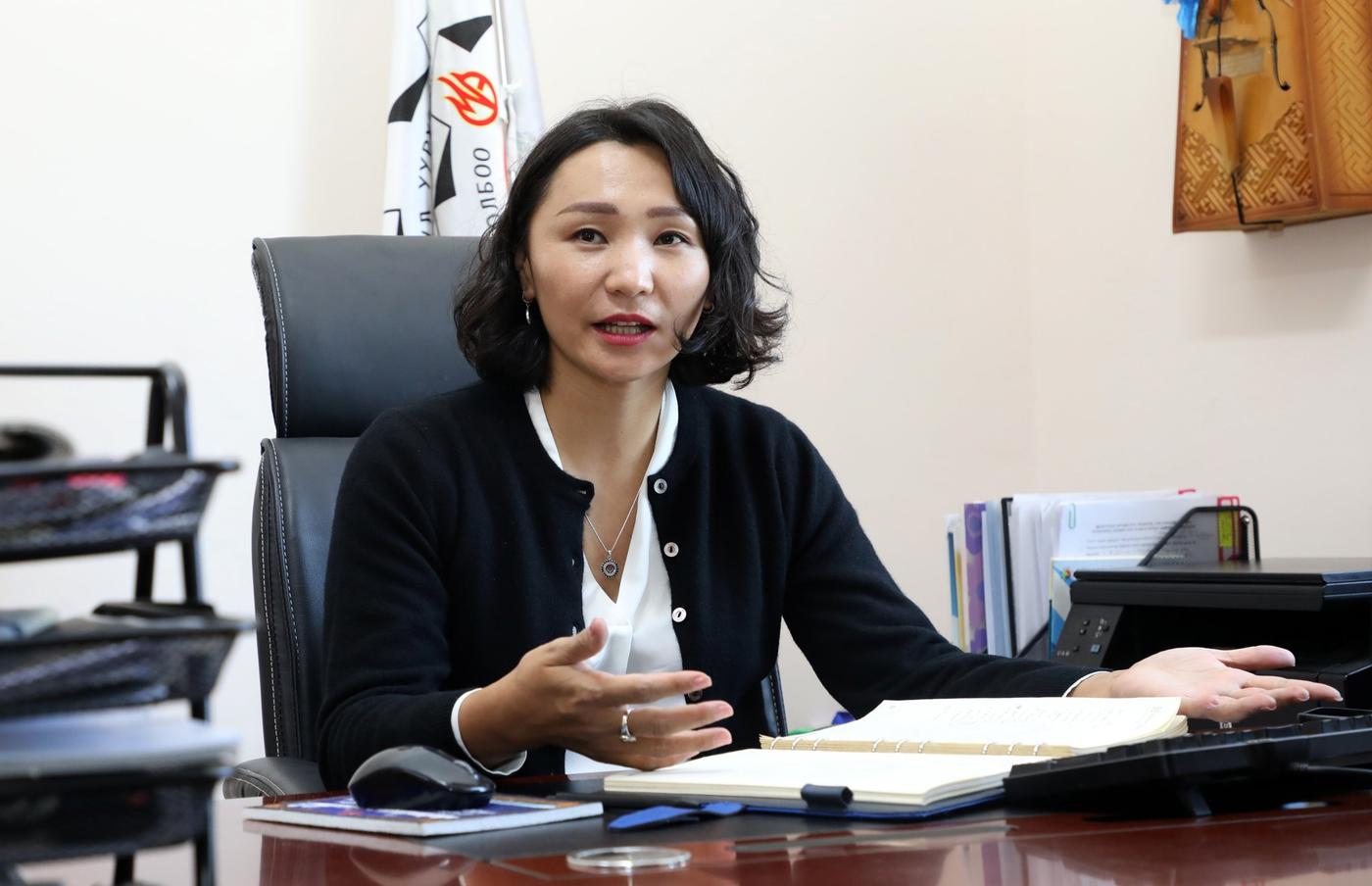 ‘It is necessary to create healthy, safe and green workplaces’

The following interview is with Head of the Federation of Energy, Geology and Mining Workers’ Trade Unions of Mongolia D.Dolgor.

How do you evaluate the state of labor relations among employees in the energy, geology, and mining sectors?

Our federation is working to protect the labor rights and legitimate rights of workers in the energy, geology and mining sectors. Since last May, workers in the energy sector have started speaking to the government about concerns for their health and safety. On average, power plants and utility networks have been operating for about 30 years. Due to the lack of investment in the energy sector, the technology and equipment are outdated. People are working under such conditions.

Due to the pandemic, the electricity tariff for households has not been raised since 2019. However, the prices of oil, lubricants and spare parts used in power plants and pipelines have hiked significantly. According to the policy and decision of the government, the energy sector has contributed to overcoming the crisis caused by the pandemic. There is no opportunity to invest in the sector because electricity prices are low. Therefore, this sector doesn’t have any healthy or safe working conditions. There is a risk of accidents at power plants due to the energy crisis during the peak of winter.

The revised Labor Law provides for 14 days of rest and 14 days of work for mine workers. As a result, it raises many wage disputes among workers in the mining industry. In the past, Mongolia implemented many programs to support exports, such as “Gold” and “Coal”. These programs have neglected workers’ social security and wages. For example, mining companies have been regulating their work and vacation schedules under the guise of following their own internal rules and regulations. Due to this, a negative social phenomenon has occurred. In particular, miners who have worked for many years are having family problems. As they spend three out of four seasons in the mines, they cannot have a stable family life. According to a study, the divorce rate is high among workers in the mining industry. Miners suffer from industrial accidents and psychological instability due to overtiredness from long hours of hard work, which leads them to commit suicide. The governor of Umnugovi Province reported that the occurrence of suicides among miners has become a matter of concern. The mining sector accounts for 93 percent of the total export and more than 20 percent of the state budget income. However, this industry is not beneficial for miners’ families. Mining workers cannot get adequate wages. Our association is working to correct all this.

The public sees trade unions as an organization that only marches for workers’ wages. However, trade unions are responsible for ensuring the safety of their members. You said that there is no opportunity for people in the energy sector to work in a healthy and safe environment. Can you elaborate on that?

It has been about 100 years since the establishment of trade unions in Mongolia. The first 70 years were a period of a centrally planned economy during the socialist era. In old Russian films, trade unions are depicted as organizations that collect money, set bonuses and raise wages. The reason why people’s views about and attitudes towards trade unions have not changed in the past 30 years can be explained by the development of labor relations. Now, the understanding of the relationship between employers and employees in the labor market is increasing in our country. In other words, we are moving towards principles based on contract. In sectors dominated by government intervention, such as education and health, the old system remains and the culture of labor relations has not been updated much. Many of the trade union members work in the state-affiliated sector. Union membership in the private sector is low. Therefore, I think that the culture of labor relations based on contracts is not spreading among the public.

For energy workers, high wages are not the most important thing, but the right to live in a safe environment. The government is responsible for ensuring people’s right to life. The Constitution states that Mongolia will have a humane civil democratic society and that everyone equal rights to live. However, the government has kept energy prices at a low level for a long time and energy companies are constantly operating at a loss. That is why they are not investing in their employees. Therefore, we have set a goal to align the energy industry with global development trends, support employers to be economically viable and create healthy and safe workplaces.

Statistical studies show that men live 9.7 years shorter than women. The energy, geology and mining industries are dominated by men. Research has shown that only 23 percent of workers in these fields are women. Half of the Mongolian men die before they retire. They pay 2.8 percent of their monthly salary for occupational disease insurance but they are dying without being able to reap the benefits. This shows the importance of occupational health. To pay attention to this, employers must have better financial capacities. Countries around the world are talking about green economy and green energy. It is necessary to create healthy, safe and green workplaces.

You mentioned that the divorce rate is high among miners due to the long working days at the mines. How do you think it can be fixed?

The revised Labor Law has been enforced since last January. We concluded that before the reform of the law, the balance of work and rest in the mining industry was lost. In the past, it was common for mining companies to make people work long hours under of internal regulations. For instance, amid the pandemic, one worker worked for 60 days continuously. It is difficult for a night-shift mine worker to work continuously for 60 days in winter. It can have a negative impact on their mental health. Most countries have adopted the attitude that people should have enough time to meet their other social needs besides work. In 2019, we first raised the issue of ensuring equal work and rest schedules for miners in accordance with this approach. Two years later, the Labor Law was passed.

The law stipulates that a miner should rest for 14 days and work for 14 days in rotation. In the past, miners were said to be paid well. Because they used to work 21 days in one shift. There are complaints that miners’ wages have been reduced due to the new 14-day work schedule. By order of the minister of labor and social protection, a working group was established to study the issue related to the reduction of miners’ wages. We proposed to calculate eight of the 12 hours of a miner’s working day as the main working hours and four as overtime. The ILO Convention stipulates that the working hours should be set at eight. We should look at the basic principle of how many hours a person should work in a day rather than how much they are paid. Working too many days and hours in difficult conditions has a negative effect on human health. Miners need to understand this. If a skilled worker is unable to work due to health reasons, the employer has to spend money to train a new person. I think employers should also review their current labor rates.

The few large companies that operate according to international standards pay miners high wages and provide the necessary supplies and healthy and safe workplaces. They work in accordance with the International Labor Standards on Occupational Safety. However, most of our mines fail to meet this requirement. How can it be improved?

The policy of a mining company depends on many factors such as the type of mineral extracted, the price it is sold on the market and the labor relations culture of foreign investors. I think the participants of this year’s Mining Week event understood very well that the mining industry cannot be managed in one way or by one party. I believe that the conditions of mines that fail to create healthy and safe workplaces can be improved by applying the principles of social partnership.

Mines should enforce the Law on Occupational Safety and Health and adopt international legal measures and standards. It is difficult to introduce high-cost standards and culture in an enterprise with few employees. The ISO 45001:2018 occupational health and safety management system standard was issued by the International Labor Organization in a simplified way for enterprises with few employees. The Mongolian Employers’ Federation translated it. Mining companies must put occupational safety first. I think that employers, workers and the government agree with this since human life cannot be compared to anything. So, the goal of the three parties is the same. Collaboration is essential to develop a standard culture and change attitudes. Therefore, I would like mining companies to cooperate with the Mongolian Employers’ Federation.

Our federation is planning to conduct occupational safety and health training for representatives of employers and workers in the energy and mining sectors this month. Also, a branch council will be established under the Ministry of Mining and Heavy Industry and the Ministry of Energy. We intend to stimulate the activities of our branch councils. We will work hard to cultivate a culture of labor relations that respects people’s right to live and work in a healthy and safe environment and change the attitude of employees and employers. In the past, workers were fined and their wages were deducted for not wearing protective clothing and equipment. Due to this, we noticed that mine workers tend to wear protective clothing and equipment just for show. Their life and health are their assets. If their health deteriorates, their family’s finances will be in a pinch. If they become disabled, their income will lessen. The workers need to understand that they are required to wear protective clothing and equipment and receive detoxification products to keep their body healthy. In the past, we talked about occupational safety and hygiene but now, it has shifted to the importance of occupational health. This is the concept that a person’s health should not be harmed while working.

Some mining and energy companies see the adoption of occupational safety and health standards merely as an additional cost. Adopting a standard culture will bring economic benefits to the company in the future, right? 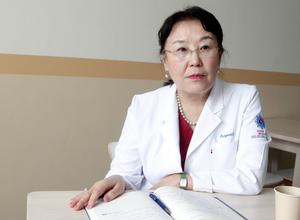 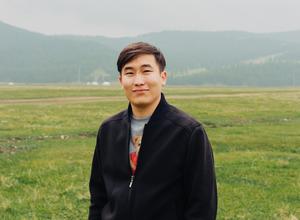