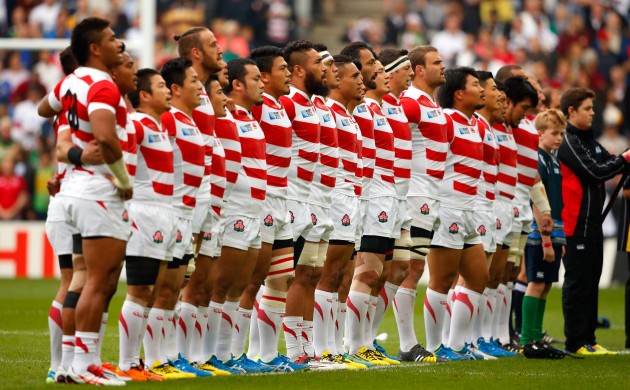 This year marks the 15th anniversary of the Mongolia national rugby union team. Currently, over 1,000 people are training in rugby in Mongolia. Michael Leitch, the captain of the Japan national rugby team, proposed to collaborate with the Mongolia national rugby union team. He noted that he wants to find a new rugby star from Mongolia. “I am sure that Mongolians can be so successful in rugby as they are in sumo,” said Leitch. ”I’d like to give a chance to one 15-year old boy who is interested in rugby to train for three years through scholarship.” Leitch led the Japan national rugby team to "the biggest shock in Rugby World Cup history" as part of the team that defeated two-time champions South Africa in 2015. Leitch was born in New Zealand to a New Zealand father and a Fijian mother but moved to Japan at age 15 to study. He learned the Japanese culture and language which he says he now speaks better than his native English and is considered well integrated to Japan. In 2008, he captained Japan at the Junior World Championship. He became a Japanese citizen in 2013.
SHARE
Share on Facebook
Tweet on Twitter
Previous article Ts.Tsedev-Ochir: We will never give up
Next article Ex-Olympian Gan-Erdene inks Promotional pact