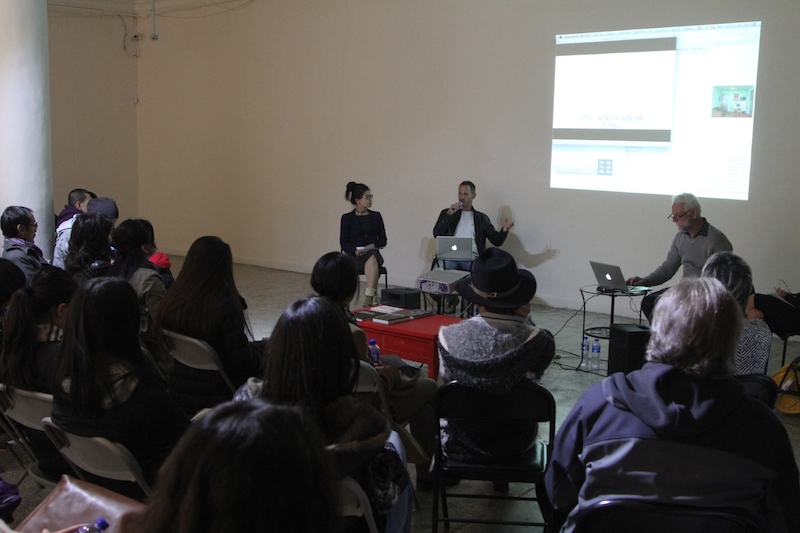 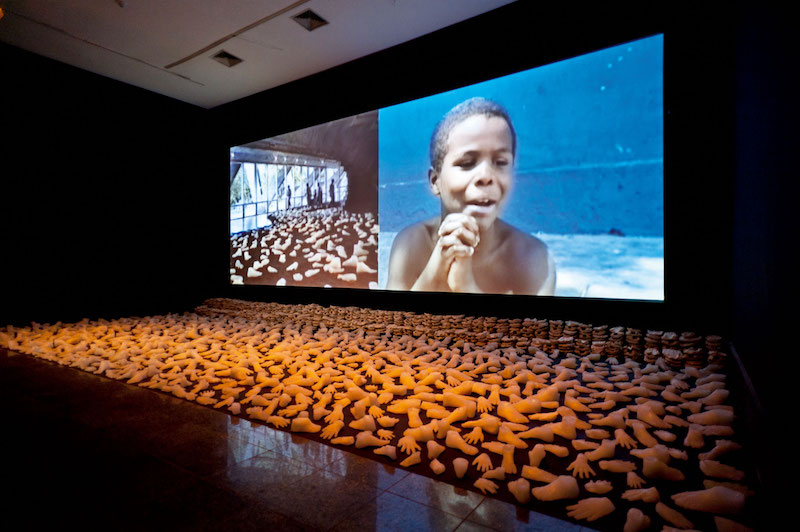 The Mongolian Contemporary Art Support Association and Swiss Agency for Development and Cooperation are jointly sponsoring an art project titled “Nomad Spirit”. Within the frames of the project, Brazilian artist Mauricio Dias and Swiss artist Walter Riedweg, more commonly known as Dias & Riedweg, came to Mongolia to take part in the project. On September 28, the two artists held an event to talk about their artworks at the Fine Arts Zanabazar Museum. The artists have been working together since 1993 to create collaborative and interdisciplinary public art projects, videos and performances.

Dias & Riedweg’s “Devotionalia-Installation” in Brazil made in
memory of children who died due to war or domestic violence.[/caption] In their work, Dias & Riedweg explore issues of social politics and subjectivity using “experimental practices that connect the center with the margins of urban society”. They have released art projects worldwide and participated in major international exhibitions, such as the Biennales of Sao Paulo (1998 and 2002), Istanbul (1998), Venice (1999), Havanna (2003), Gwangju (2006), as well as Documenta 12 in Kassel (2007). The Nomad Spirit project aims to raise public awareness on potential threats to important environmental and cultural resources in rural areas of Mongolia caused by mining activity. Maurice Dias, Walter Riedweg, E.Enkhzaya, J.Bolortuvshin, G.Munkhbolor, Ts.Davaajargal, and S.Ganzug have been included in the project team. The team took part in an expedition that lasted 11 days in Uvurkhangai, Arkhangai, Tuv and Bulgan provinces to explore local cultures, people and nature that are affected by mining and human related activities. The project will also hold an exhibition at the Zanabazar Fine Art Museum from November 18 to December 10.
SHARE
Share on Facebook
Tweet on Twitter
Previous article The special world of land spirits, ‘Savdag’
Next article ‘Soyombo’ exhibition brings 17th to 19th century art for view