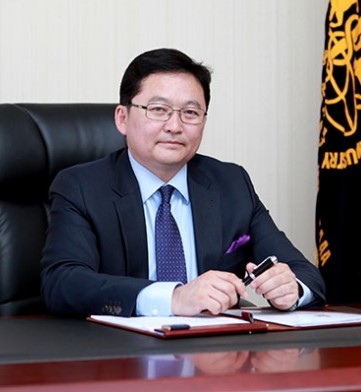 The Mongolian National Chamber of Commerce and Industry (MNCCI) reported that it opposes the Cabinet’s decision to increase income tax by 10 to 25 percent, as the MNCCI believes no environment has been created to raise income taxes. The MNCCI underlined that during the economic crisis, which has been continuing since 2013, domestic entities have been obediently paying taxes and rental payments. The MNCCI stressed that thanks to the Law on Supporting Economic Transparency, a total of 33,000 entities submitted their financial and tax reports, resulting in making around 34.2 trillion MNT in expenditures transparent. “Since the beginning of this year, Mongolia started a VAT refund system, and the number of ATM machines has increased from 1,700 to 40,000, increasing the basis of taxes by 23 times. According to the latest statistics, tax revenue projection was at 99.5 percent. Fulfilling tax income projections during an economic slowdown means that, thanks to the new tax system, we are collecting taxes we were failing to collect from around 60 percent of the market,” the MNCCI stressed. The MNCCI believes that instead of increasing taxes, improving the tax system and expanding its foundation will provide more effective possibilities to consistently collect taxes. The MNCCI suggested that Mongolia get used to the new tax system instead of increasing taxes. The chamber underlined that this would be their main goal, and they believe that it will help in generating revenue, create possibilities for businesses to repay their debt from bonds, and to overcome the nation’s economic crisis. “We are opposing tax increases. Instead, we need to improve and develop the VAT system which is already being implemented,” they said. The MNCCI said that businesses are waiting for the Cabinet’s policy on the macro economy and what they are going to do in addition to raising the monetary interest rate. The chamber called on the Cabinet to make these things clear to businesses. The MNCCI emphasized that they are ready to cooperate with the Cabinet, Parliament, and Mongol Bank on policies to improve the current economic situation.
SHARE
Share on Facebook
Tweet on Twitter
Previous article Smartphone addiction harms children’s mental health
Next article The EU-funded ‘Sustainable Plastic Recycling in Mongolia’ project is helping to improve waste management in Mongolia