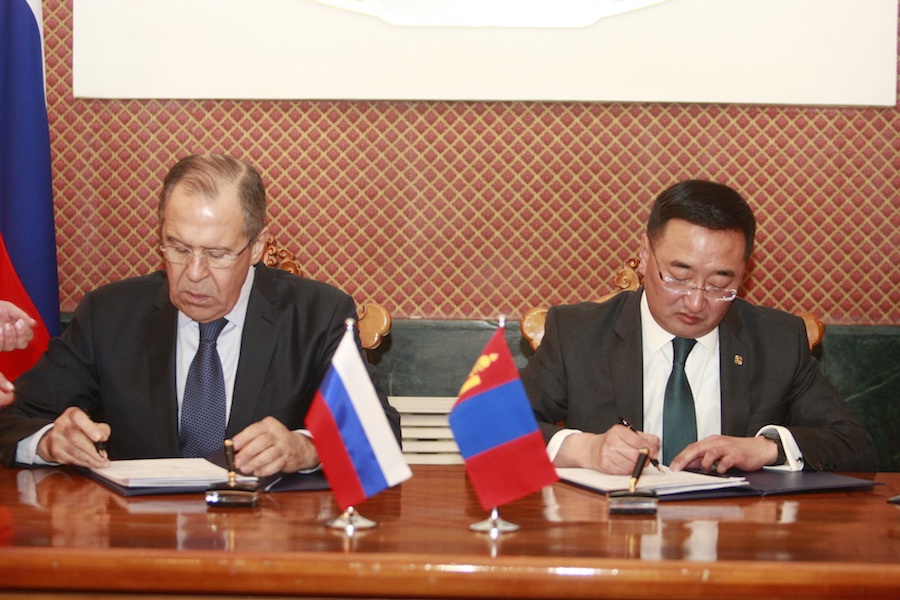 Foreign Affairs Minister of the Russian Federation Sergey Viktorovich Lavrov arrived at Chinggis Khaan International Airport on Wednesday morning to conduct an official visit upon the invitation of Foreign Affairs Minister of Mongolia L.Purevsuren. As a part of the visit, the counterparts signed a mid-term program agreement for the development of a strategic partnership between Mongolia and Russia. Noting that strategic partnership relations are actively developing and the frequency of high-level talks is stabilizing, the counterparts shared views on current regional and global problems and discussed key issues of bilateral cooperation in various multilateral formats. Minister Lavrov said that the program agreement is comprehensive and geared to overcome issues concerning bilateral economic ties that have gone unresolved in recent years, to further expand cooperation in the political, trade, economic, humanitarian, and international spheres. Prime Minister Ch.Saikhanbileg also received Sergey Lavrov. Emphasizing that Mongolia-Russia relations in trade and economy have advanced in the past two years, Ch.Saikhanbileg thanked Russia for its support and contributions to the relations of two countries. "Now we have no legal obstacles to resume credit relations between Russia and Mongolia, such a possibility is currently under discussion," Lavrov said when asked about the possibility of Russia providing loans to Mongolia. Earlier this year, Russia ratified a law to write off Mongolia’s 174 million USD debt to Russia. The debt was a major obstacle for establishing deeper cooperation between the two countries. This is the second visit by Lavrov to Mongolia, and was conducted as the nations prepare to mark the 95th anniversary of diplomatic relations between the two countries.
SHARE
Share on Facebook
Tweet on Twitter
Previous article Meaningless medals and titles must end
Next article Principal of the American School of Ulaanbaatar awarded FRIENDSHIP medal 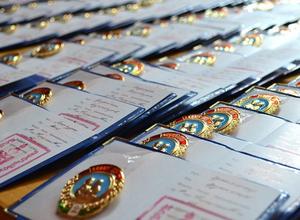 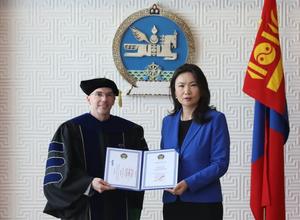 Principal of the American School of Ulaanbaatar awarded FRIENDSHIP medal