Despite high demand for coal in China, Mongolia’s supply has stalled for more than a month.

On the other hand, the fact that China has stopped buying coal from Australia is clearly affecting prices.

As of January 1, Mongolia had exported only 9.58 million tons of coal. However, this is 9.8 percent more than the 8.55 million tons shipped in the same period last year.

Coal shipment from Mongolia has fallen sharply in recent months. In the last three months, only about 3 million tons were exported. It is clear that the plan to export 42 million tons in 2021 will not be met at the current average rate of 1 million tons per month.

According to the Ministry of Finance, Mongolia expects to export 28 million tons of coal this year. However, the expected revenue will decrease by 367.9 billion MNT. Not only Mongolia, but many other countries that supply raw materials to China plans an ambitious coal export target. Last year, Mongolia exported 28 million tons of coal. The Executive Head of the Mongolian Coal Association J.Zoljargal said that this number is likely to fall to 20 million tons this year.

When the pandemic broke out last year, Mongolia closed its borders and stopped exports, but in recent months, there have been active effort to boost export to make up for losses. In particular, in order to increase the export of mining products, the “Green Gateway” temporary regulation was implemented in August last year. However, for more than a month now, China has stopped importing coal from Mongolia, believing that Mongolia cannot reduce the risk of COVID-19 quickly. They warned that the loading points at the Tsagaan Khad settlement were poorly organized. Due to poor loading disinfectant, the Chinese side has already paid for the purchase but was not able to import about 10 million tons of coal piled up in Tsagaan Khad. Some media reports announced last Friday that coal shipments restarted at the Gashuunsukhait port and that 100 drivers were tested. This is a small number compared to the 1,500 trucks that exported coal every day at Gashuun Sukhait and Gants Mod ports.

As mentioned above, Mongolian coal export decreased by 50 percent in 2020 and will continue to decline this year. This is due to infrastructure and poor border operations. However, coal shipment to China from the United States and Russia are continuing to grow. In other words, despite the spread of the pandemic, the coal shipment of other countries is rising.

Last week, US coal shipment to China hit a record high, due to the lack of supply from Mongolia, according to sxcoal.com. Earlier this month, international media reported that the United States had become China’s main supplier of coking coal. If China wants, it can domestically meet its yearly coking coal demand of 500 million tons, but experts say it would be somewhat profitable to import more than 70 million tons from other countries.

Mongolia generates most of its state budget revenue from the mining sector. According to the General Administration of Customs, in the first six months of this year, mineral products accounted for 82.4 percent of total exports, or 3.38 billion USD. Looking at the structure of export goods, copper concentrate accounted for 31.9 percent and coal for 24.7 percent of revenue. Therefore, care must be taken to find ways to increase coal exports.

Mongolian drivers haul coking coal from the Khushuut deposit to China in a trailer leave the goods at the border and a Chinese drivers transport them from then on. In other words, there is no human interaction and the amount of coal supplied has not decreased at all, but the amount remains small. Implementing such a solution at the Gashuunsukhait port is difficult due to the large volume of products. But a solution is needed fast. An independent state must do all the work itself. However, it is important to reach an agreement with the buyer as soon as possible as Mongolia has not been prepared in the past and economic growth is generated by export revenues from coal, iron ore and copper concentrate.

In this regard, J.Zoljargal said, “It would be appropriate to propose to China to agree on how to control the transportation of coal through the Gashuunsukhait port. The southern neighbor may also agree that there is no risk in purchasing the product if they monitor its implementation and set up a joint working group.”

“The construction of the Tavan Tolgoi to Gashuun Sukhait railway needs to be completed. Although the railway is close to the border, the connection point is unknown. Surprisingly, the point has not yet been determined. The railway is scheduled to be commissioned in July 2022. We don’t want to wait until then. We do not know how the pandemic will spread in the future. What if another form of the virus continues to spread next year? If coal exports continue to decline, the situation will get worse.”

Industry experts believe that container transportation terminals should be built at the Shiveekhuren port as it’s a cost efficient infrastructure. Due to the large voume of the coal and the use of many pieces of equipment by companies in this field, the cost of idle time is very high.

According to the International Energy Agency, global coal consumption is expected to remain stable until 2050. There is a talk of a new technology for steel production (coking coal is used for smelting), but the cost is high. China has abundant coal reserves, but most of them are underground mines, which are costly, and Mongolian exports are relatively cheap, while Russia and the United States have a long transportation route to China. Mongolia is the only country that sells a ton of coal at the mine for about 70 USD. However, Mongolia is lagging behind in coal exports, without being able to make use of its competitive edge. When the price of coal rises in China, Mongolia does not boost supply, which is a missed opportunity. Mongolia, which is heavily dependent on mining, is now considered an international “red zone” for COVID-19. The prime minister is rumored to be visiting China, with coal speculated to be at the top of the agenda. 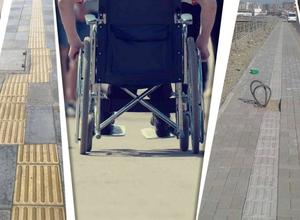