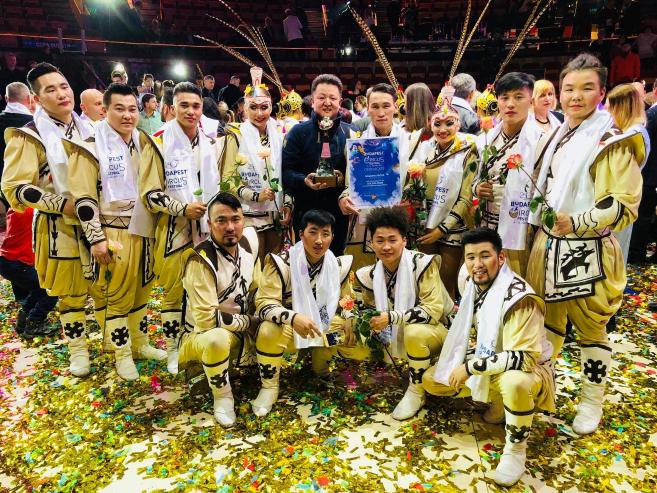 Artists of the National Circus of Mongolia won the Golden Cup at the bi-annual Budapest International Circus Festival in Budapest on January 14. A total of 168 artists from 20 countries competed for the Golden Cup at the festival from January 8 to 14. The springboard act named “Mongolian Nomads Teeterboard” of the Mongolian Circus troupe brought the Golden Cup with the highest score of the competition. T.Nomuunbaatar, who set a new record for performing four backflips blindfolded at the teeterboard at the 10th International Festival of Circus Art in Izhevsk, Russia, was the team leader. The Mongolian Circus troupe received the Golden Cup in the springboard act category for the first time in 2012, headed by artist B.Zolbayar. Since then, Mongolian circus performers have been carrying on its successes, winning gold and silver trophies from international competitions. The artists of the Mongolian National Circus seized two Grands Prix, six golden cups and one silver cup in the past three years. The troupe will return home on January 16. The National Circus of Mongolia was established in 1940.
SHARE
Share on Facebook
Tweet on Twitter
Previous article Bedridden: Story of misunderstanding
Next article Bringing postdramatic theater to Mongolia