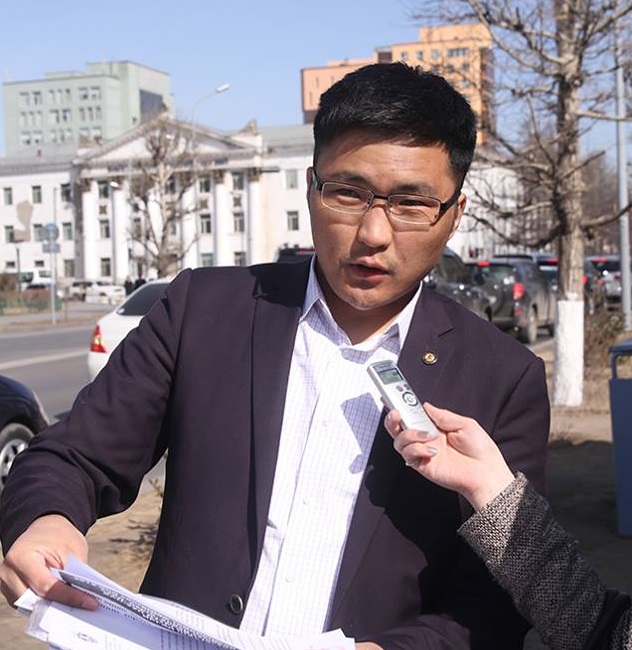 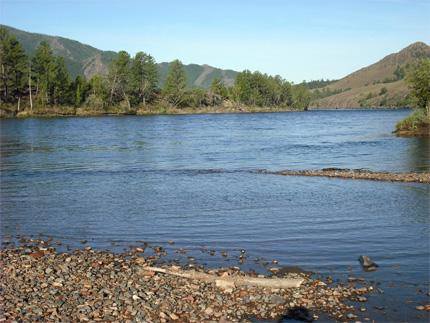 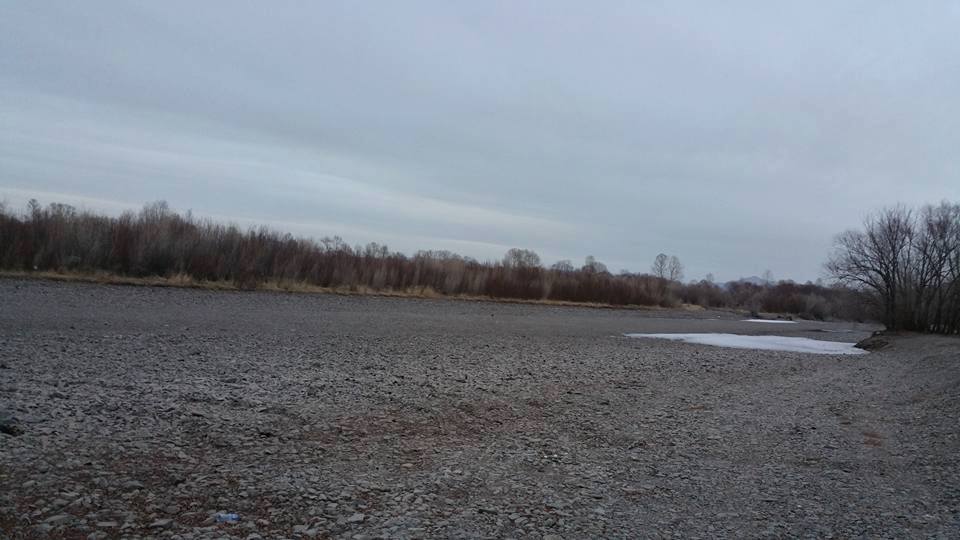 Head of Save Our Queen Tuul River National Movement B.Jagar[/caption] Although the public doesn’t take action every day, most are aware that clean water access and the quality of water have become pressing issues in Mongolia, as well as the rest of the world. However, neglect seems to have brought Tuul River, the main source of water for residents of the capital, on the verge of drying up. A couple of days ago, general coordinator of Save Our Queen Tuul River National Movement B.Jangar submitted a letter demanding the government and Parliament to pay attention to Tuul River and cancel licenses enabling mineral exploration alongside the river, as it has reportedly dried up in several areas extending to up to three kilometers. Activists claim that industrial waste from factories built up alongside the river played a major role in the drop of water levels and even caused the drying up in some areas. Since 2005, the Mineral Resources Authority of Mongolia issued 64 mining licenses to companies. Exploration projects along Tuul River has caused a total of 20 to 30 kilometers of the river to dry up, according to Save Our Queen Tuul River National Movement. The movement also demanded Parliament to discuss the current state of Tuul River at the regular meeting this Friday, April 22. “All river beds of Tuul River near Zaisan and Ikh Tengeriin Am Valley have been distributed to companies. Why are private companies owning public property? Companies aren’t just staying there. They’re cutting the few willows nearby and constructing buildings, causing Tuul River to dry up in some areas. The reason the law specified companies to not operate within 200 meters of river basins is because water supply is located beneath that radius. All of that has been destroyed and now, Tuul River is drying up in some areas,” stated B.Jangar. The Law on Prohibiting Mineral Exploration and Extraction Near Water Sources, Protected Areas and Forests, commonly referred as the long-named law, specifies the protection of bodies of water by means of so-called safety zones, which stretch from 50 to 200 meters from riverbanks. “Normal safety zones will cover no less than 200 meters from a body of water and health zones will cover no less than 100 meters of area from water sources,” states in the long-named law. According to the Ulaanbaatar Department of Environment and Green Development, a total of 203 exploration licenses have been issued near Tuul River basins across the capital. Head of the department Kh.Marat said that not a single company was licensed to explore or mine in Tuul River safety zones. He explained that the drying up of Tuul River is related to the increasing water consumption of residents of the capital. Reportedly, Ulaanbaatar residents’ water supply is drawn from five sources connected to Tuul River. “We didn’t issue 50 illegal licenses. Exploration licenses were granted for 39 areas following the Ulaanbaatar Mayor’s order and in accordance with the long-named law approved in 2014. At the moment, these areas haven’t been approved for use and are proceeding at construction stages. Operations that might harm the environment haven’t been carried out in these areas,” says Kh.Marat. “The companies are exploring within the basin, not in safety zones. They are all located 200 meters outside of bodies of water. There isn’t a company exploring within 200 meters.” On the other hand, Save Our Queen Tuul River National Movement claimed that industrial waste and factories being built within 50 meters of the river’s banks are causing the drying of the river. B.Jangar said that areas 50 meters from Tuul River are safety zones during floods. The movement demands immediate cancellation of construction, quarry, and pit approvals and licenses, which are reportedly causing Tuul River to dry up. The movement also wants to relocate buildings and factories near Tuul River.

Tuul River near Zaisan in 2014[/caption]

Tuul River near Zaisan in 2016[/caption]           Earlier in March, B.Jangar sent an open letter to President Ts.Elbegdorj requesting him to review Tuul River and d iscuss issues concerning Tuul River with local residents. The letter listed adverse impacts to the river from nearby factories and their operations. “It has caused health-related damages to thousands of residents in 9, 10, 12, 13, 14 and 16th khoroos of Khan-Uul District, not allowing them to live peacefully,” the letter read. The letter warned that the issue will be raised at international level if Tuul River isn’t protected and its pollution level continues to increase.
SHARE
Share on Facebook
Tweet on Twitter
Previous article Empty dream of building a city
Next article Perceive beauty of Mongol zurag at ‘Time Bureau’ art show