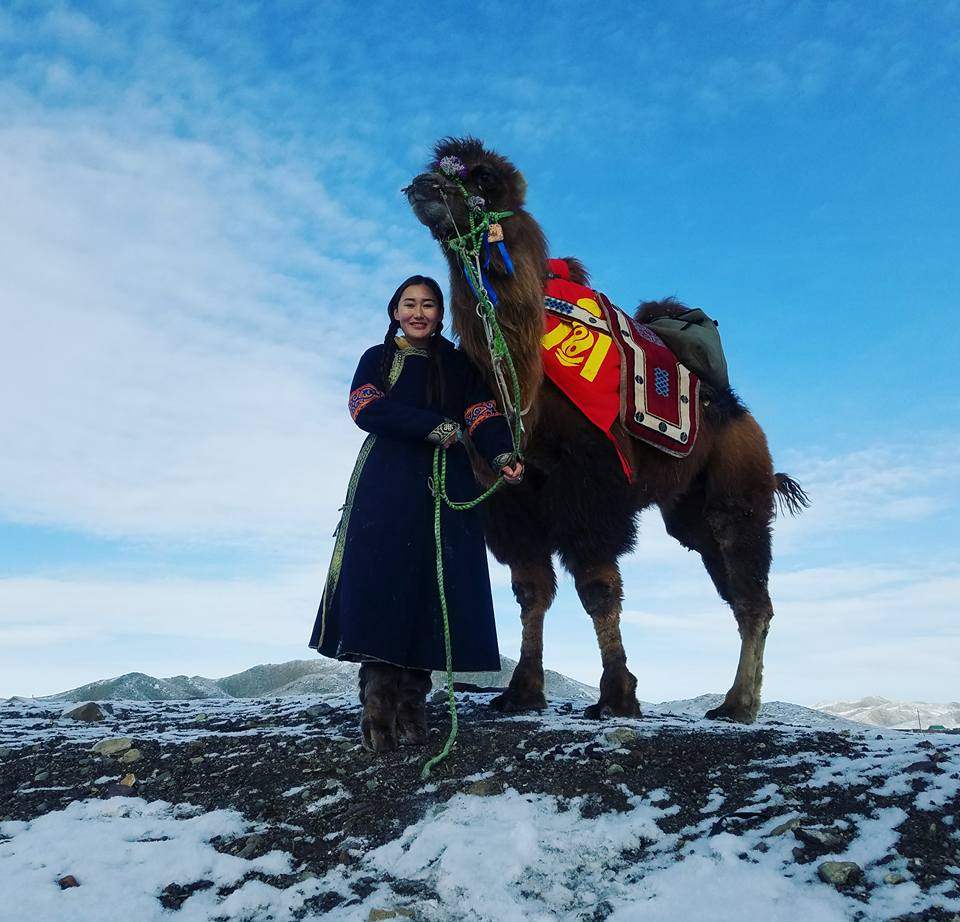 N.Baigalmaa started a 12,000 km camel trip to London from Ulaanbaatar on December 29, 2017. She started her trip from Sukhbaatar Square, Ulaanbaatar with the plan to travel 30 km a day. It is estimated that it will take her around three years to arrive in London. During the trip, she will pass 12 countries, including Kazakhstan, Uzbekistan, Turkmenistan, Iran, and Turkey. Through the trip, the adventurer seeks to promote Mongolia and Mongolian camels to the world along the Silk Road, an ancient network of trade routes that were for centuries central to cultural interaction originally through regions of Eurasia connecting the East and West. Some six travelers from five countries, including Brazil, Mongolia, and the USA, joined the trip in the beginning. But all of them have left after few days since the trip started. Karl Bushby, a British ex-paratrooper, walking adventurer and author who is currently attempting to be the first person to completely walk an unbroken path around the world was the last traveler to leave N.Baigalmaa, shortly after arriving in Bayankhongor Province. N.Baigalmaa has been working in the Mongolian tourism field for around 10 years. She said she was inspired to start the voyage by one of her friends who traveled to Hungary from Mongolia by horse seven years ago. Even though there were some problems during the trip, she is carrying on her journey to London on her own with the help of kind locals and local policemen.
SHARE
Share on Facebook
Tweet on Twitter
Previous article Bedridden: Story of misunderstanding
Next article Bringing postdramatic theater to Mongolia