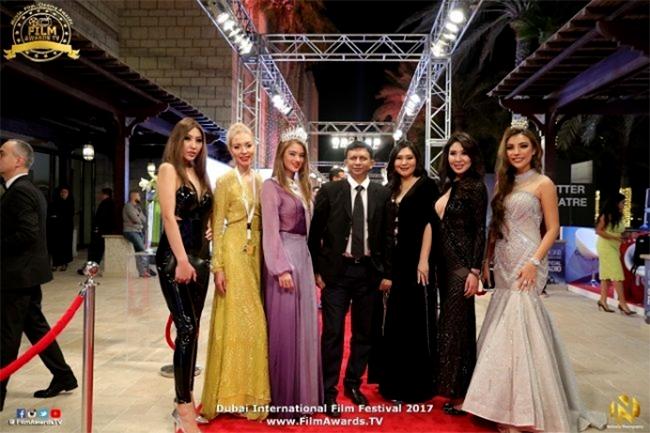 President of Miss Mongolia Tourism Association B.Gantogoo, president of Tansag Moda modeling agency B.Uyanga and model of Tansag Moda B.Solongo were invited to the Dubai International Film Festival (DIFF) by Film Awards TV. Miss Mongolia Tourism Association has been collaborating with Film Awards TV (an online TV platform that allows streaming of films and movie awards across the web) for five years. This is the first time Mongolians are taking part in DIFF. Furthermore, Tansag Moda was proposed to collaborate with Fashion TV. Established in 2004, DIFF is a festival with a motto of ‘bridging cultures, meeting minds’, which has grown substantially over the years. Part of the Dubai Creative Clusters Authority, DIFF is a platform for Arab film-makers and talents, showcasing the region’s emerging cinema movement. The first edition featured 76 films and was attended by 13,000 people. Last year, more than 50,000 attendees enjoyed 118 features, film shorts and documentaries– including 55 world and international premieres from 48 countries in 34 languages. DIFF is now recognized as one of the top 10 film festivals in the world – a cultural event equal to the best in the US, Europe or Asia.
SHARE
Share on Facebook
Tweet on Twitter
Previous article Bedridden: Story of misunderstanding
Next article Bringing postdramatic theater to Mongolia