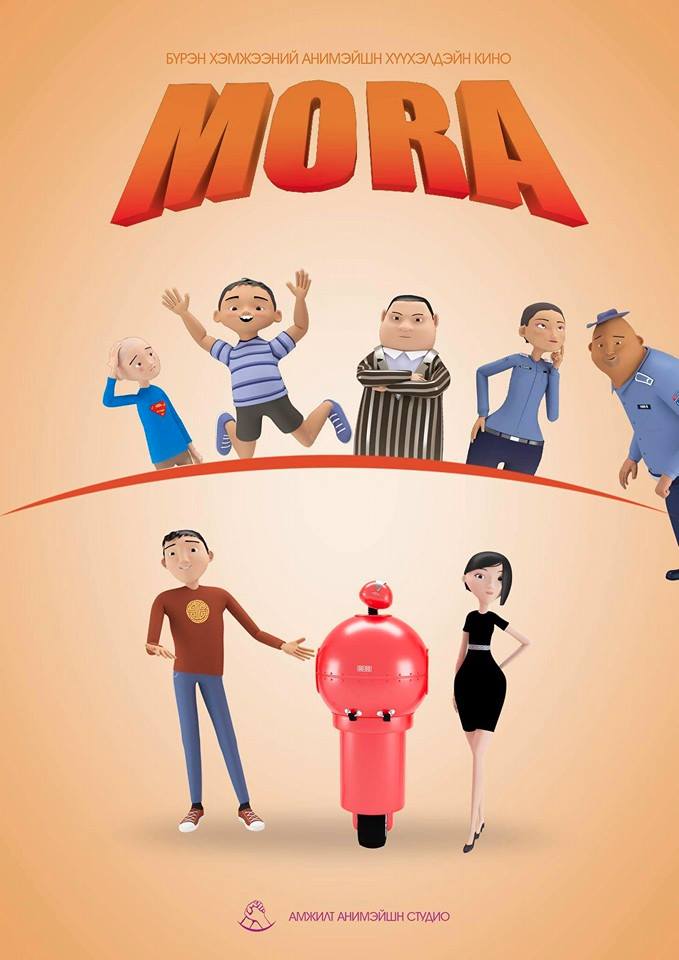 The first feature-length 3D animation by a Mongolian studio “Mora” will be launched soon. The following is an interview with director of Tom Amjilt (Big Success) LLC J.Shijir, the writer of the animation. What does Tom Amjilt LLC do? Our company was founded in 2007. We are developing two information technology projects: amjilt.com and bagsh.mn. We also make animation and graphics. That’s why we are making Mongolia’s first 3D animation “Mora”. When did you start working on “Mora”? The “Mora” project started in January 2015. Currently, everything is finished. When will the animation be released? We are working to release “Mora” within this year. People might wonder why we aren’t releasing “Mora” if it is finished. This is because Mongolia doesn’t have professional equipment to fix animation color and movement. This equipment is very expensive; it costs 100 million MNT. We tried to convert the animation without the equipment.We converted a 1:20-minute scene for six months. How many people worked on “Mora”? How many stages did it take to make “Mora”? There were a number of stages: preparation and postproduction. The stages were comprised of brainstorming the idea of the animation, script, drawing, making design of surrounding models, convert into 3D, coloring the characters, and more. The team included over 30 professionals; including painters, graphic artists, director, voice actors, animators, and supervisor. Who is the director and writer of “Mora”? Instructor at the State University of Arts and Culture Ch.Otgonbayar worked as the director of “Mora”. He and I worked on the script. Writer B.Ankhbayar helped with the script too. What sets “Mora” apart from other animations? Everything about “Mora” is unique because it is the first 3D animation of Mongolia. Every action, scene, environment and models of  “Mora” became very real. Everything in the animation will be taking place in Ulaanbaatar. We tried to incorporate Mongolians’ anatomy, behavior, and style into every character.We made video shootings for some scenes in order to show character movement. As it is the first 3D animation film of Mongolia, you didn’t have a lot of experience with this type of project. What difficulties did you face? Yes, of course. We faced many issues while making this animation. We made a huge amount of investment, such as purchasing powerful computers, tools, and programs for this animation. We faced so many unforeseen challenges and we didn't have anyone to ask advice from. There will be some mistakes for sure because this is the first try. We hope that the audience will understand this. We learned a lot while making this animation and accumulated a lot of experience. Why did you choose to make an animation? Mongolians have a chance to become known in Asia and in the world for our great animation. For example, Pixar earns tremendous revenue from just one of its animations. We are open to releasing animation works on the international market if we can make good animation films. As animations don't require famous actors, characters can be created very creatively. That's why we have a chance.
SHARE
Share on Facebook
Tweet on Twitter
Previous article The special world of land spirits, ‘Savdag’
Next article ‘Soyombo’ exhibition brings 17th to 19th century art for view