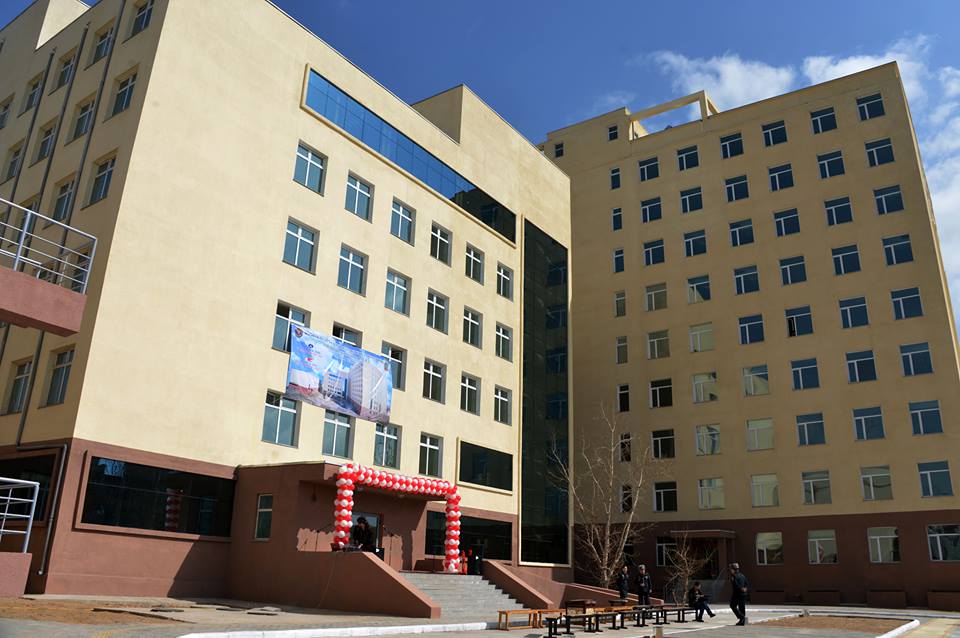 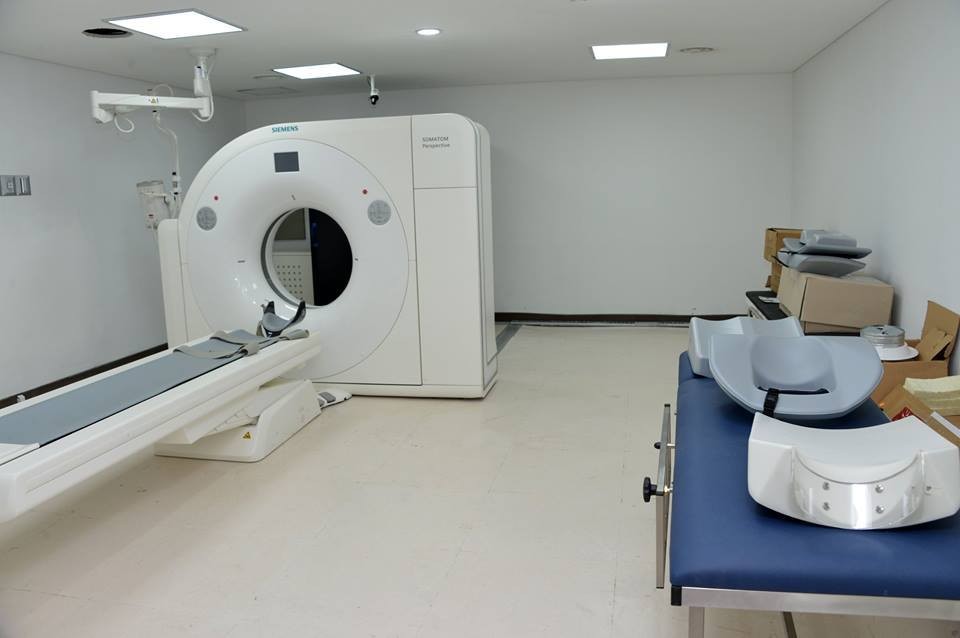 The Hospital Complex for Border Defense and Law Enforcement Officers[/caption] The hospital complex for border defense and law enforcement officers at Military Unit No.27 of the General Staff of the Mongolian Armed Forces opened on March 24. The hospital’s construction started in 2011 and was expected to be commissioned by 2013. The executors of the project said that the three-year delay in completion was due to financial problems. The complex consists of A, B and C blocks. Block A is dedicated to in patients, B Block is an ambulatory, and C Block consists of a water healing center and a gym. “The opening of thecomplex allows our hospital to continue operation in a new environment with modern technology. The new hospital is equipped with new, advanced technology and equipment. We obtained hospital equipment and X-ray apparatuses worth 17 billion MNT with a soft loan through a memorandum signed by the Mongolian and Austrian governments. We’ve connected the equipment here. We have also prepared our staff to use the equipment. We will move into this building after we renew the furniture and beds in the hospital,” said the director of the hospital compl

The X-ray inside the hospital complex[/caption] ex for border defense and law enforcement officers Colonel B.Elbegjargal. Minister of Defense and MP Ts.Tsolmon remarked that the commissioning of the hospital was a historical event. “Our military hospital staff who work restlessly for public health are now ready to move into a new hospital building. I believe that the state is not only contributing to the health sector, but the social security of state special servants. “Globally, military hospitals are the best hospital of a country. There are examples where presidents of countries only receive treatment from their military hospital. Likewise, our military hospital must treat a wide range of patients, from regular soldiers to the president,” he said. The minister noted that hospital staff work under a lot of pressure and that the ministry is always ready to show support. “The hospital has poison control services and treats injuries caused by various weapons, including guns and knives in Ulaanbaatar, and they conduct emergency surgeries on Bayanzurkh and Nalaikh district residents. The Ministry of Defense and General Staff of the Mongolian Armed Forces understand the adversity, so in the past, we have always paid attention to improving the staff’s working conditions and renewing the hospital’s equipment for treatment and diagnosis, and we will continue to do so,” said Ts.Tsolmon. The military hospital first opened in 1921, under General D.Sukhbaatar’s suggestion to provide free health care services to military personnel and the public. The hospital treated soldiers during the Battles of Khalkh in Gol in 1939 and Liberation War in 1945.
SHARE
Share on Facebook
Tweet on Twitter
Previous article Park to be built on area of 250 hectares in Bayanzurkh District
Next article Expansion of further cooperation discussed with the Asia Foundation