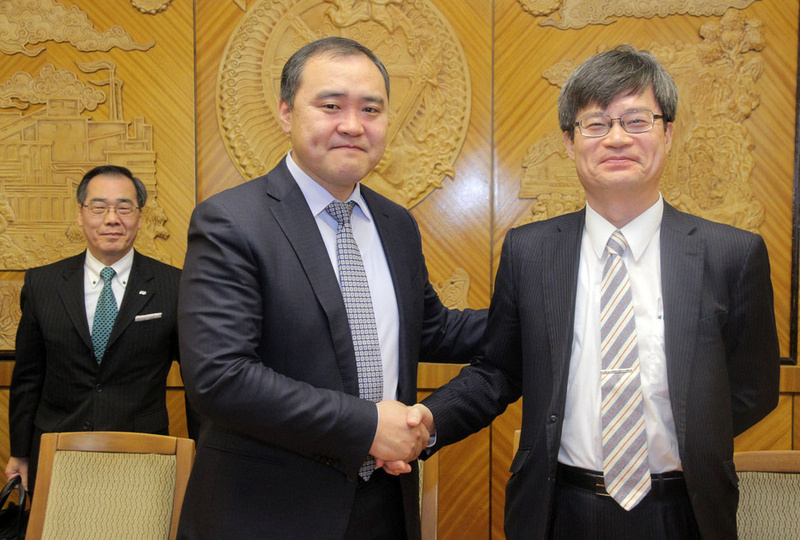 During his three-day visit to Mongolia, Japanese Nobel Prize winning physicist and inventor Hiroshi Amano announced to cooperate with Mongolia in the field of science. During his visit, Hiroshi Amano visited science laboratories of the National University of Mongolia and the Mongolian University of Sciece and Technology. He announced that he will help expand student exchange programs and assist Mongolian students and researchers in conducting studies at a laboratory named after Amano at Nagoya University. Amano arrived in Mongolia on March 28 with Prime Minister Ch.Saikhanbileg and Minister of Education, Culture and Science L.Gantumur. The physicist gave a lecture titled “Lighting the Earth by LEDs” at Best Western Premier-Tuushin Hotel on Monday. Education Minister L.Gatumur said that the ministry is aiming to turn Mongolia into a scientific country. “We’re renewing our education system from the kindergarten level to become a country with an economy based on knowledge where Mongolians trade products manufactured from knowledge in the global market. For this goal to be accomplished, we need your support,” L.Gantumur told Amano. Amano, with his colleagues Isamu Akasaki and Shuji Nakamura, won the 2014 Nobel Prize in physics for the invention of efficient blue LED lights. His invention has enabled numerous technological advances. Blue LED sales have been valued at up to 17.7 billion MNT and it has created 250,000 jobs in the world in 2013. Lighting accounts for approximately 20 percent of global electricity consumption. The creation of blue LED has opened the possibility for the 20 percent to go down to four percent.
SHARE
Share on Facebook
Tweet on Twitter
Previous article Park to be built on area of 250 hectares in Bayanzurkh District
Next article Expansion of further cooperation discussed with the Asia Foundation