Ts.Davkharbayar is a professor of the Law School of the National University of Mongolia, D.Ariuntuya is the head of Administrative Norms Control and Registration Division of the Ministry of Justice and Internal Affairs, D.Myagmartseren is a senior officer of the National Security Council, D.Erdenechuluun is an arbitrator of the Mongolian International and National Arbitration Center, while Kh.Khashbaatar works as head of Monitoring and Analysis Division of the Independent Authority Against Corruption.

JDC consists of nine members, with one judge elected from the supervisory court, two from the appellate court and one from the primary court through a secret ballot. The remaining five members are appointed by Parliament on the basis of an open selection. In accordance with Article 20 of the Law on Courts of Mongolia, JDC will hold judges accountable for misconduct and make decisions on the removal and dismissal of judges.

Parliament also discussed the appointment of non-judge members of Judicial General Council (JGC), but the Democratic Party caucus in Parliament requested a five-day break for this matter.

Six people were nominated for JGC, but D.Zumberellkham was removed by the Standing Committee on Justice, as five of them were to be elected in accordance with the law. Thus, Parliament is scheduled to discuss whether to appoint N.Otgonchimeg, D.Erdenechimeg, N.Baasanjav, R.Ononchimeg and N.Munguntsetseg to JGC this Thursday.

During the standing committee meeting last week, Minister of Justice Kh.Nyambaatar criticized the working group in charge of the selection of non-judge members of JGC for violating the selection rules and nominating D.Zumberellkham and D.Erdenechuluun, who had previously served at JGC. Candidate D.Erdenechuluun was involved in the appointment of 200 of Mongolia’s 500 judges. His wife also reportedly works at the Supreme Court. Therefore, Minister Kh.Nyambaatar advised candidate D.Erdenechuluun to withdraw his candidacy as it would hinder the implementation of judicial reform.

D.Erdenechuluun expressed during the standing committee meeting, “I worked in the judiciary for over 20 years. It’s been two years since I resigned. I am not a member of JGC or a court administrator. Therefore, I believe that the law and the selection rules have not been violated. I am well aware of the specifics of judicial work. Therefore, I can work in compliance with professional and ethical standards and will not be influenced by anyone.”

JGC, which is responsible for the election of judges and independence of the judiciary, must have 10 members. Five of its members must be elected from among judges and the other five non-judge members are nominated openly and appointed by Parliament.

In January this year, Parliament adopted the revised Law on Courts with the aim to ensure fair judicial system and judicial independence in Mongolia by preventing improper influence from the other branches of government or from private or partisan interests. 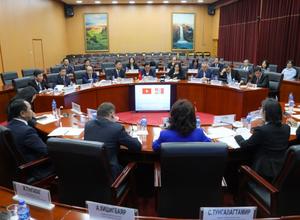 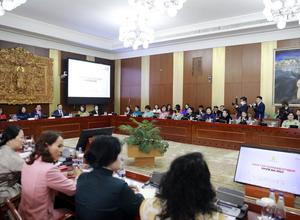 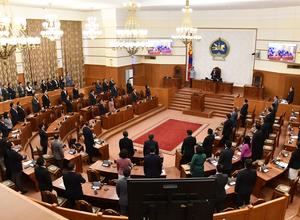 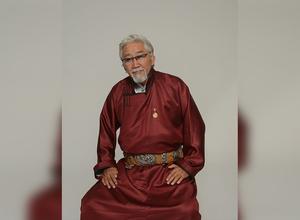