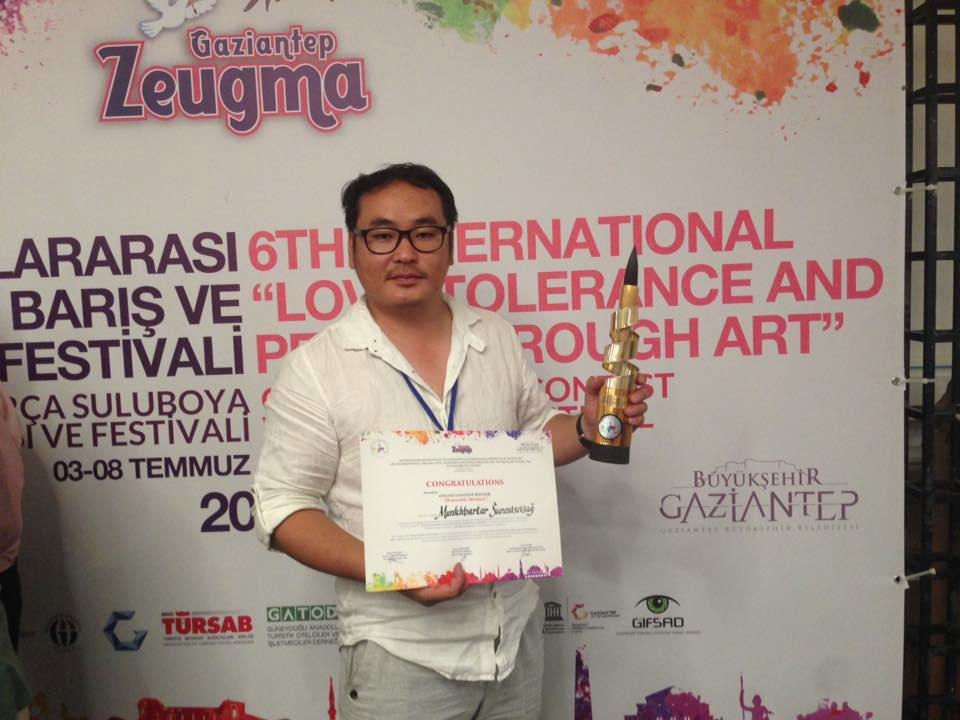 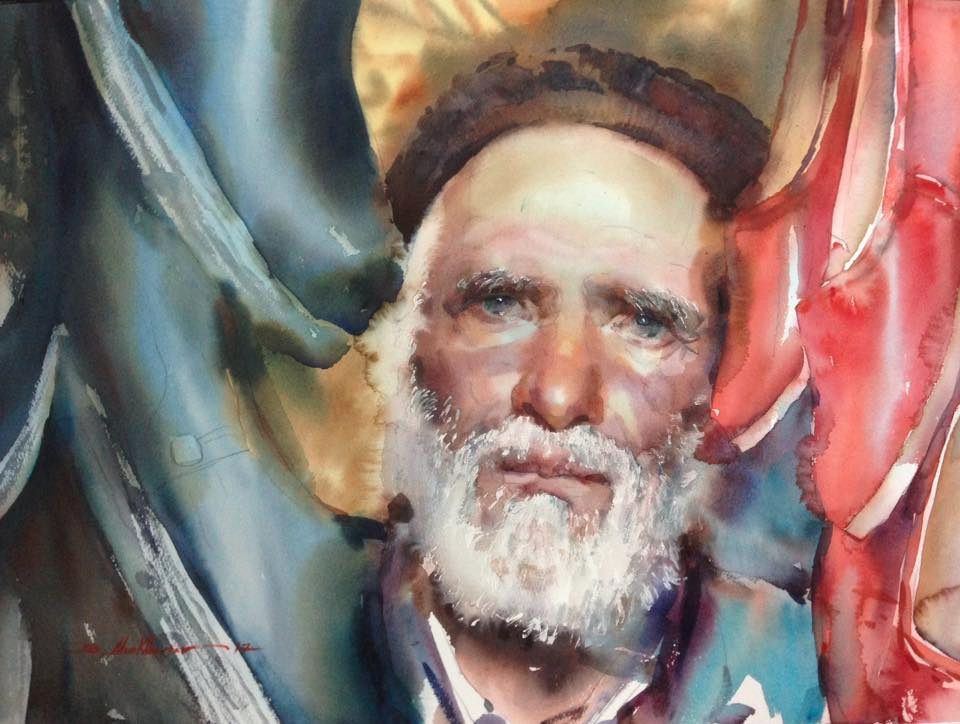 Artist S.Munkhbaatar[/caption] Mongolian artist S.Munkhbaatar competed in the 6th International Watercolor Festival and Golden Brush Contest, which was held under the theme of “Love, Tolerance and Peace Through Art” from July 3 to 8 in Gaziantep, Turkey. The Mongolian artist came in fourth place at the Colden Brush Contest and was awarded the Golden Brush prize. The festival featured a watercolor painting exhibition and a series of events, including live performances from the participating artists, question-and-answer sessions and special meetings in which experienced artists exchanged views with their counterparts and participants. Previously, artist S.Munkhbaatar competed in the 1st International Watercolor Biennale in 2016, which was organized by the International Watercolor Society. S.Munkhbaatar’s “Eagle” won first place in the 16 to 35 years of age category of the competition. Artist S.Munkhbaatar was born in 1984, in Uliastai, Zavkhan Province. He earned his bachelor’s degree in fine arts instruction at the School of Fine Arts of the State University of Culture and Arts in 2005. Below is a brief interview with artist S.Munkhbaatar about this year’s contest in Turkey. How many artists participated in the 6th Golden Brush Contest? The first round of the contest was run online. More than 200 artworks by artists from 30 countries were submitted to the contest. I painted portraits of my daughters and submitted them for the competition. Judges selected artists to compete in the second round and invited them in Gaziantep. I was one of them. The artists created artworks featuring the lifestyle of the city of Gaziantep and people living there. For me, I painted a portrait of a craftsman and a trader. I won the fourth place for my painting of the trader who sells traditional Turkish shoes called sabah. I won the Golden Brush prize. The first, second and third places went to artists from South Korea, Turkey, and China. They were also awarded Golden Brush prizes. We heard that you passed the first round of the 2nd International Watercolor Society Indie Biennale 2017. When are you planning to leave for India? The next round of India Biennale will take place from December 8 to 14 in New Delhi, India. I am planning to go to India if I can resolve financial problems. Artists are able to promote themselves to the world by participating in international competitions. That’s why we can’t step backward because of money. But sometimes we have to pass international contests because of finance.
SHARE
Share on Facebook
Tweet on Twitter
Previous article Hydropower plant project is crucial for energy independence
Next article ‘Parliament will demand responsibility from ministers’

‘Parliament will demand responsibility from ministers’