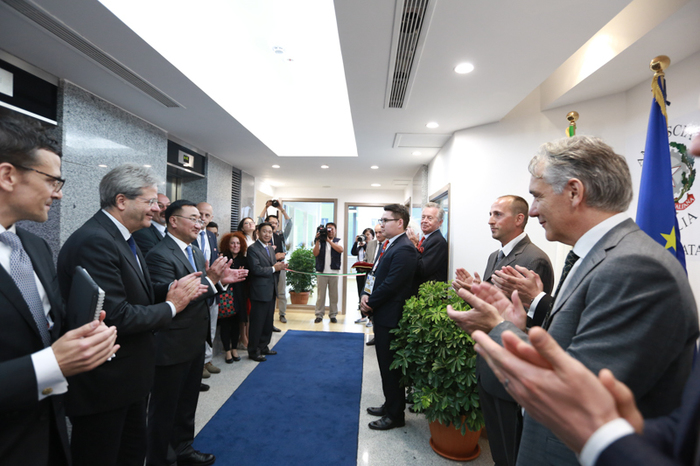 The Minister of Foreign Affairs of Italy Paolo Gentiloni inaugurated the Italian Embassy in Ulaanbaatar on Thursday. Paolo Gentiloni has arrived in Ulaanbaatar to participate in the 2016 ASEM Summit. During the Italian Embassy's inauguration ceremony, Minister Gentiloni stressed that ancient relations between Italy and Mongolia - dating back to the thirteenth century and formalized in 1970 - have evolved in a very positive way in recent years, both in political and economic terms. "Mongolia has enormous potential and Italy is ready to support their growth,” said Gentiloni, noting that the opening of the Italian Embassy is a great step forward for the development of further close relations between the two countries.
SHARE
Share on Facebook
Tweet on Twitter
Previous article ‘People need to change their attitude towards nature’
Next article UN to support construction of humanitarian supply logistics center