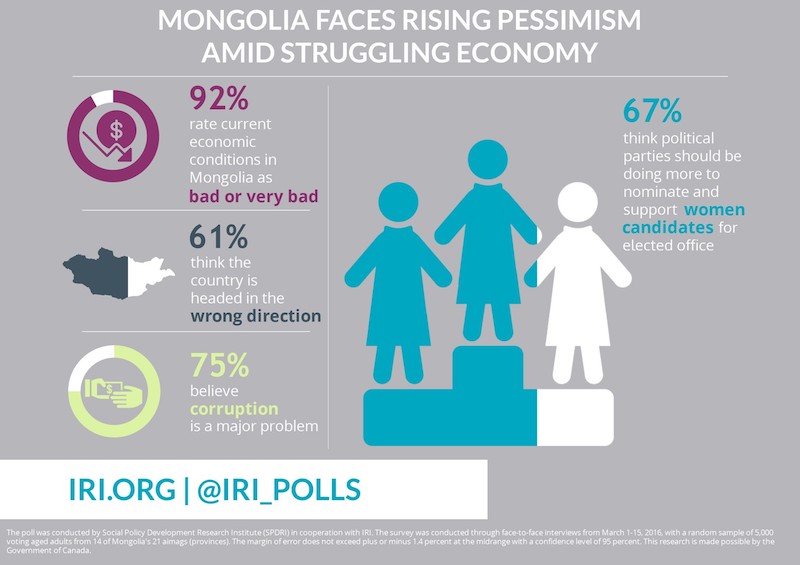 Most Mongolians are feeling pessimistic about the country due to high unemployment, rising prices, and corruption according to a new poll released on May 2 by the International Republican Institute’s Center for Insights in Survey Research. The International Republican Institute (IRI) is a nonprofit, nonpartisan democracy institute aimed to help political parties become more issue-based and responsive, to promote public participation in government planning and decision-making, and to increase the role of marginalized groups in the political process, including women and young people. It conducted a survey in 13 out  of Mongolia's 21 provinces from March 1 to 15, 2016, reaching out to 5,000 Mongolians aged 18 and above. According to the poll, 92 percent of respondents rated the country’s economic situation as bad or very bad, and 61 percent said that Mongolia is headed in the “wrong direction”. Fifty-six percent said their personal economic situation has deteriorated in the last year, and 48 percent identified unemployment as the most impor- tant issue in the nation. “Mongolia’s economic struggles are clearly taking a toll on the people,” said Derek Luyten, IRI’s Regional Director for Asia. “Mongolians are struggling to find work and with the perceived high level of corruption, it’s not surprising they’re frustrated.” An overwhelming 83 percent of respondents rate the current government’s performance as poor or very poor. Three-quarters of respondents identified corruption as a major problem in Mongolia, and believe that the government isn’t doing enough to address it. Fifteen percent of those surveyed said they had been offered a bribe by a political party in exchange for their support. The majority of Mongolians surveyed believe that political parties should promote a stable, long-term, and functioning government, and want political parties to remain active following the country’s upcoming elections. Many of the survey's respondents want to see an increasing number of female representatives in politics for the improvement of Mongolia's political party system.
SHARE
Share on Facebook
Tweet on Twitter
Previous article Discriminatory welfare violates Constitution
Next article Mongolian judoka team removed, due to COVID-19 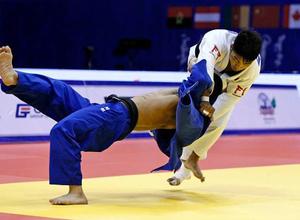 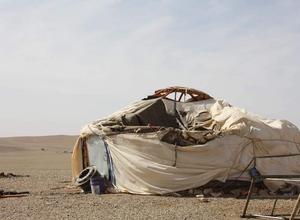