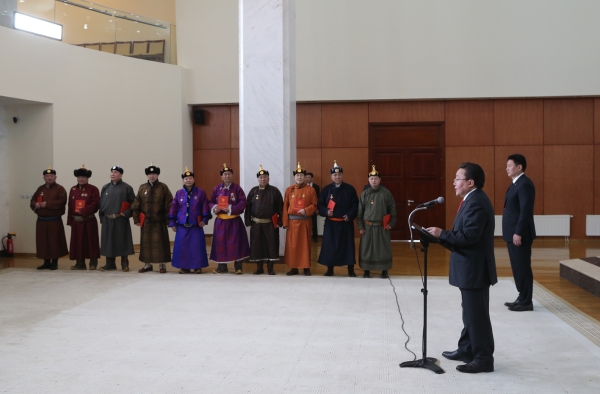 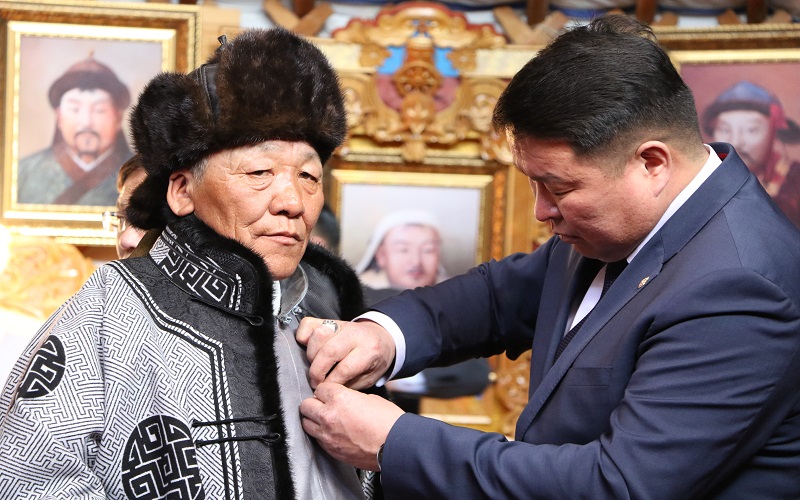 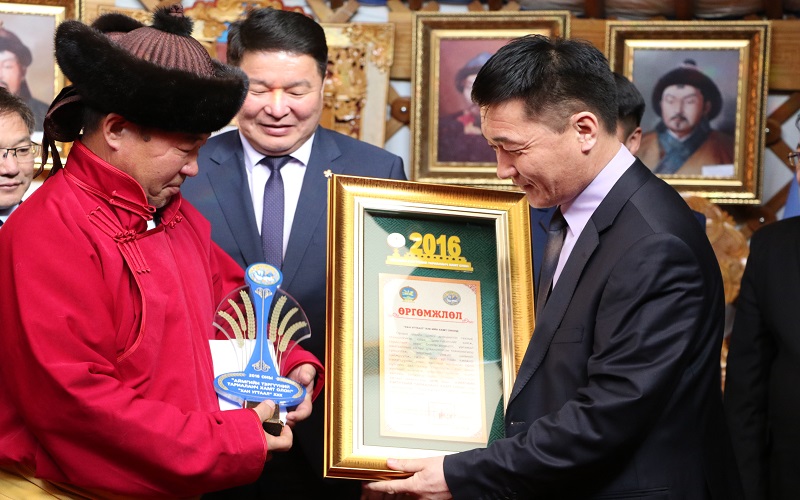 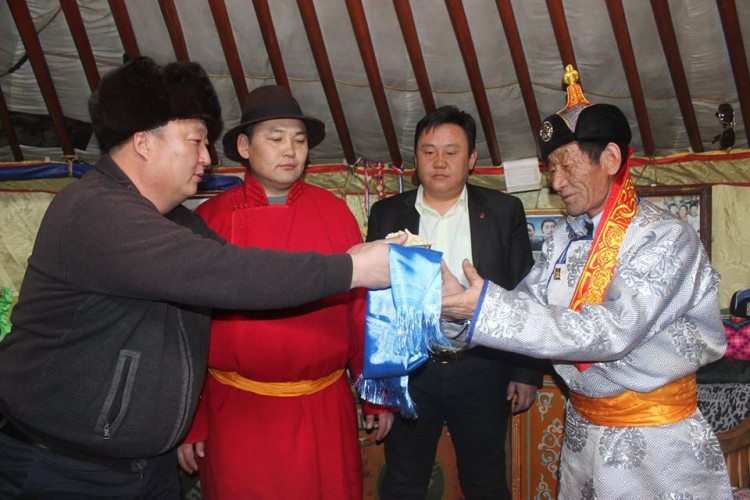 During the Soviet era in Mongolia, herders were awarded by the state for their productivity and success, just as those in other fields of labor. Meritocracy was a big part of what made the Soviet system successful in Mongolia, as there was no private property and everything was owned by the state. Hence, it was fair - and even wise - for the state to award those who were best at increasing its assets and wealth. But what we see now is blatant pandering to herders by politicians, who make up the majority of rural voters in Mongolia. Politicians never lose an opportunity to praise herders and give them awards and support. They know that when herders are happy, those who are in power in the provinces are likely to stay in power. Before Tsagaan Sar, the President awarded state titles to horse trainers. “The Year of the Monkey, bestowed upon us by the heavens, is coming to a close. And during this good age, when the Year of the Generous Red Rooster is coming, I want to wish the greatest of fortune and goodness to you - honorable horse trainers, who bear the longstanding nomadic culture and defend and uphold horse culture - from the bottom of my heart,” said President Ts.Elbegdorj after granting them state titles.

President awards horse trainers[/caption] In many more eloquently phrased words, the President linked horse training to Mongolia’s nomadic roots and historic conquests, which were won on horseback. Furthermore, during Tsagaan Sar, Mongolia’s top legislators and government ministers went around the provinces and awarded medals, cash grants, gers, and other items to herders who had successfully increased the size of their herds. Herders with thousands of sheep, goats, cows, and horses get gers and money from state officials as rewards for their success, while struggling herders in the northern and north-western regions of the country await aid from international organizations and local governments to feed their livestock. Is it right for the state to give prizes paid with taxpayer money to herders who have expanded the sizes of their herds when herders don’t even pay income taxes? Herders are always given priority treatment by the state over laborers in other fields. They don’t have to pay income taxes or royalties for using state-owned land for grazing; when they face risks such as dzud, the state provides aid and bailouts; when they need money, the state offers soft loans just for herders; and when they want to retire, their social insurance grants account for more than everyone else's.

What do herders give back to the nation in return for all this support? Their main products are meat, dairy, and wool. According to the National Statistical Office website, there are over 61 million livestock (with this number expected to rise to 80 million this spring) in Mongolia and only three million people. Yet, when overgrazing is a problem and people need to eat through animals to balance out the livestock population, meat prices are still too high for most families in the city. National dairy products such as aaruul, a staple of Tsagaan Sar, cost over 12,000 MNT per kg. These products need to be a part of the everyday consumption of Mongolian households to boost domestic production, but the majority of families in Mongolia cannot afford to pay 12,000 MNT for a bag of aaruul every month, let alone every day. And lastly, Mongolian cashmere and wool clothing is overpriced and overrated and has become a luxury reserved for rich Mongolians and people from wealthy foreign countries. A very simple dilemma exists in Mongolia today: why is the industry which is the least economically productive receiving the most state benefits? Shouldn’t the state be trying to invest in economically productive industries in this time of economic decline, when so many families are trying to get from one day to another on their last penny? When politicians award herders, they glorify them and say they are Mongolia's “cultural identity” and praise them as “guardians of Mongolia’s vast land”. From an economic perspective, they drain Mongolia’s pasture lands, harming the environment just as mining does, and they contribute much less to the nation’s development than the average worker in Ulaanbaatar. It is no surprise that there have not been any major innovations in Mongolian animal husbandry in the last few centuries, as herders only needed to open their hand and ask the state for favors. They have never had to look for alternative practices in animal husbandry to improve productivity and minimize and prepare for risks such as dzud. Why do laborers grinding away day after day in Ulaanbaatar have to give up a share of their income (that share will likely increase thanks to the bailout deal the government signed with the IMF), while some herders in the countryside receive state benefits paid for with taxpayer money? Taxpayers, who are always too busy working to speak up for their rights, need to realize that they are just as entitled to state benefits as herders, if not more so. The state should not give preferential treatment to some industries for such unsubstantiated values as “cultural significance”. Herding is not the only honorable profession in Mongolia.
SHARE
Share on Facebook
Tweet on Twitter
Previous article Can code of ethics ‘educate’ lawmakers?
Next article What’s stopping privatization of State Bank?